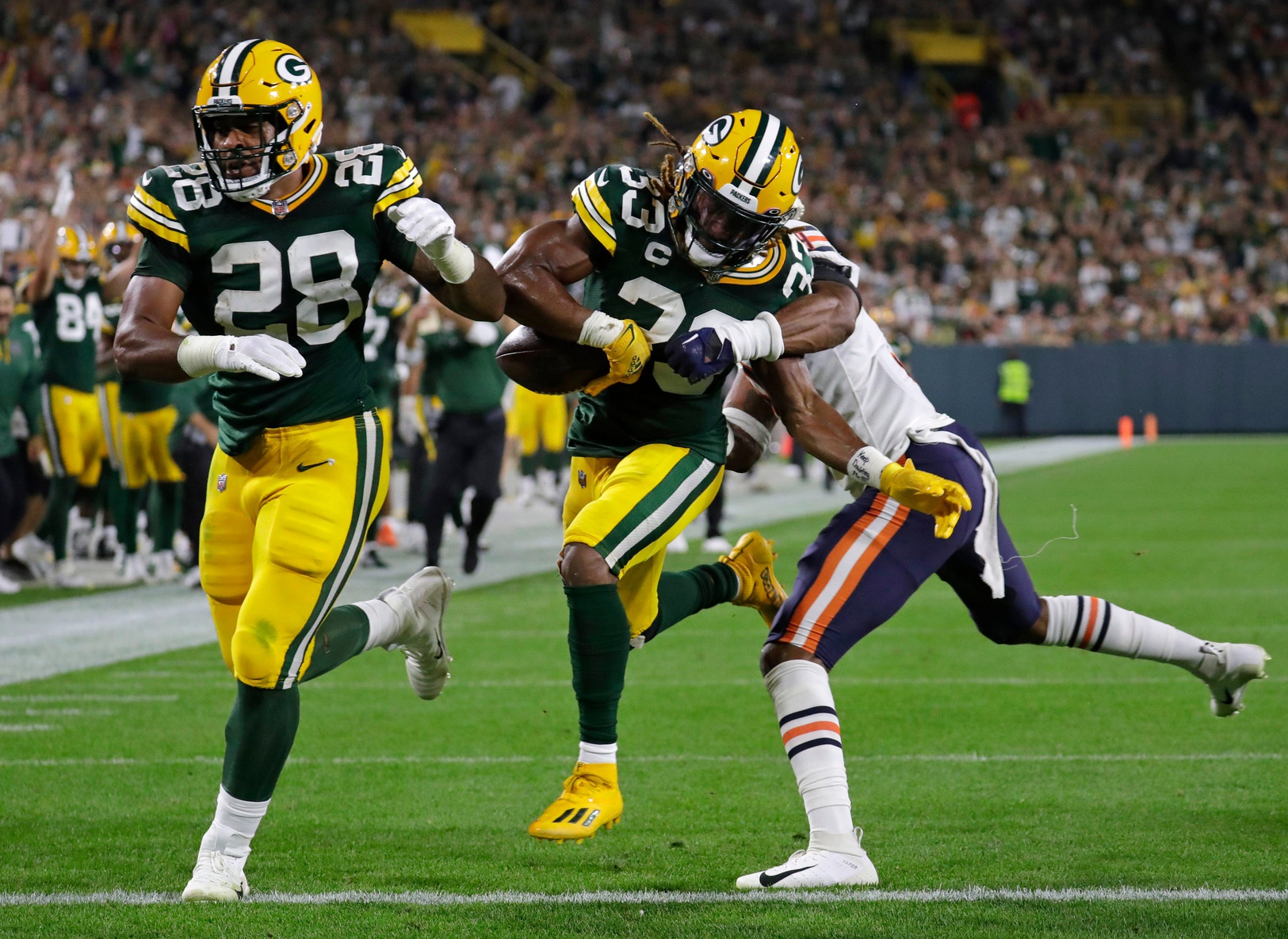 With a backfield tandem as impressive as any in football, the Green Bay Packers and head coach Matt LaFleur have been forced to get creative in 2022.

With the likes of Davante Adams and Marques Valdes-Scantling now scattered across the AFC West, the offensive portfolio in Green Bay has expanded early in 2022. With Aaron Jones and A.J. Dillon, teams are forced to stay honest in the box. But when you’re facing Aaron Rodgers, you want as many guys in coverage as possible. Given Jones’ impact on early downs and Dillon’s physicality on short-yardage opportunities, LaFleur has placed them on the field at the same time a ton early this season, offering a unique wrinkle to an offense that has lacked identity at times through five weeks.

Although it hasn’t all been pretty as the Packers were at times predictable in what they wanted to do schematically at the start of the year, like all things, it comes with time. Green Bay’s usage of—and production with—Jones and Dillon together will remain a story to follow all campaign long. They’ve been about as even as possible through five weeks when it comes to touches—63 carries for Dillon compared to Jones’ 61 and 19 targets for the latter compared to Dillon’s 14. Green Bay has given their best athletes the ball early and often but limited weapons on the outside have presented detours to overcome on their way to 3-2. Whether it’s their patented RPO swing screen or a dive to Dillon off motion from Jones, the ‘Pony’ formation has Rodgers flanked by his two ball carriers at the same time.

This is a look that allows LaFleur to both run and pass with success. While the Packers’ lack of pop on the outside has been evident early this year, staying competitive in the NFL is all about making adjustments that accentuate your personnel. ‘Pony’ does exactly that.

No Adams, no Valdes-Scantling, it’s rookies Romeo Doubs, Christian Watson, veteran Randall Cobb, and familiar face Adam Lazard that has holstered the aerial attack so far. For Rodgers alone it hasn’t been pretty, but with favorable matchups the next two weeks against the New York Jets and Washington Commanders, the Packers could have all their stars aligned to head into their showdown with Buffalo at 5-2 come Oct. 30.

It’s a different offense with Adams gone—I know, it’s a tiring narrative, but one that has reaped its ugly head early this fall. However, with Jones and Dillon, two talents that could start on 95% of other NFL clubs, sharing the workload both on the ground and through the air has grown LaFleur’s playbook and forced defenses to stay honest at all three levels.