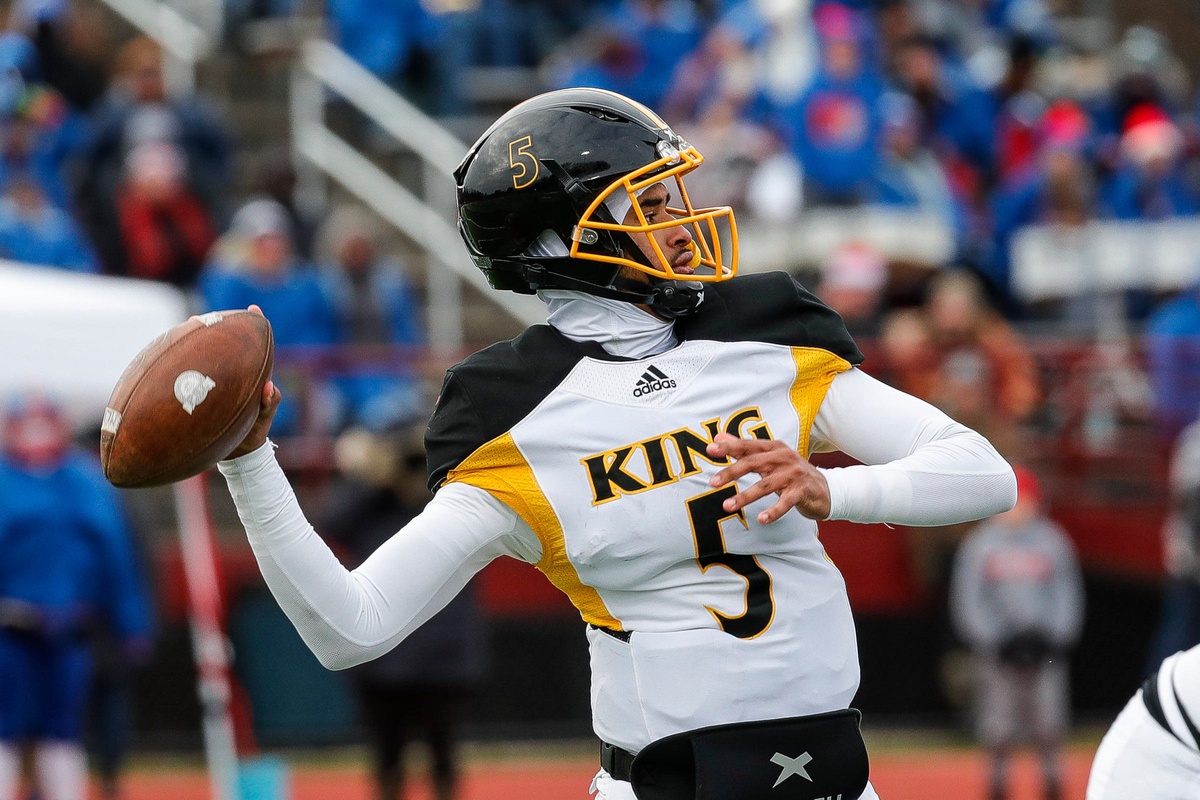 Pac-12 Is Home To Thrilling Group Of 2023 Starting QBs

A conference known for its gunslingers under center, the 2023 campaign can’t come soon enough in the Pac-12. Air raid offenses, Heisman Trophy candidates… the jumbotrons are set to get a workout as points won’t be at a premium next season.

Talents of all different sizes with varying skill sets are set to start next year under center out west. Let’s take an early peek at an overwhelmingly impressive crop of Pac-12 quarterbacks that look primed to light up college football next fall.

The 2022 Heisman Trophy winner and favorite to become the No. 1 overall pick in 2024, Williams has yet to close the book on his already illustrious collegiate career. After dominating the Big 12 as a true freshman at Oklahoma, Williams was sensational in his first campaign spearheading the USC offense. An elite dual-threat talent that could play in the NFL tomorrow, he’s become must-watch TV every time he aligns under center.

Opportunity has come with responsibility, and Nix’s ability to dissect defenses between the ears has seen him take a step forward in his evolution under center. A Heisman candidate as we moved into the latter half of the season, it was impressive to watch him work.

While many sat with Oregon’s performance against Georgia in the back of their mind all season long, focusing on the majority of his snaps this fall showcased one of the more underrated quarterbacks in the entire country. Good things often come with time, and while the Pac-12 as a whole was outstanding this fall, Nix remains one of the country’s elite heading into next year.

While his limited success at Indiana mostly saw him stand tall and deliver within the tackle box, his improved dual-threat ability when provided the opportunity to work on RPOs and on designed bootlegs really begins to widen the frame on the type of talent Penix Jr. could become down the road. On an offense that will remain littered with high-end talent again next year with former Texas Tech transfer Ja’Lynn Polk to Jalen McMillan and potential returnee Rome Odunze, this a group to build upon moving forward with Penix Jr. back in Huskie purple.

While his evolving game continues to come into its own, his skill set best exemplifies a true pocket passer that is able to deliver to either side of the formation with velocity and touch with an uber-quick release and good decision-making. While he wasn’t compared to the nation’s most electric dual-threat talents, it’s an improving part of his game that expands his profile as an NFL prospect.

An FCS All-American (second team) at Incarnate Word in 2021, Ward remains as talented a quarterback as there is in the country. A relatively unknown prospect out of West Columbia, Texas who received just one other Division I offer (Texas Southern) out of high school, Ward threw for 4,648 yards and completed 384 of 590 passes (65%) with 47 touchdowns compared to just 10 interceptions in 13 games in 2021 before transferring to the Pac-12’s Washington State.

A talent that brings everything to the table that scouts fundamentally desire under center (ideal size, big arm, ability to maneuver and deliver outside the pocket accurately), 23 touchdowns compared to nine picks in his first season as a Cougar showcased room for improvement. While his success at Incarnate Word mostly saw him stand tall and deliver as a true pocket passer, his impressive dual-threat ability shown when provided the opportunity to work on RPOs and on designed bootlegs this season expands the playbook on just how dynamic he could be at the helm of a pro offense.

In an offensive scheme that is built around fundamental principles of the Air Raid offense, while it’ll take time to adjust with a new offensive coordinator yet to be named, it will surely use concepts that Ward was familiar with deploying a player framed within an impressive 6-foot-3 mold to captain the ship. While his mechanics continue to come into their own, Ward’s game best exemplifies a true gun-slinger mantra in which he’s able to deliver to either side of the formation with velocity and touch with an uber-quick release and good decision-making.

While each trait has boatloads of room to improve, it’s hard to deny the Pac-12’s illustrious history of passers and how Ward could soon see his name rise even more among NFL circles as a name to bold come his time to declare.

Just a few years ago, we all watched Uiagalelei light up Notre Dame and progressively saw the industry drool over his potential under center. Now a tandem of seasons since Trevor Lawrence left for the NFL, the Uiagalelei experiment has made its way to the Pac-12.

A big-armed talent whose tools under center initially draw eyes, his level of play has to improve drastically if he looks to become not only a high-level Power Five starter, but legitimate prospect scouts will pay attention to.

The son of newly-minted head coach Deion Sanders, it’ll be interesting to see just how quickly the dual-threat quarterback adjusts to facing a much higher level of defense. A superstar in the SWAC for two seasons where he amassed 79 touchdowns combined through the air and on the ground for Jackson State, he’s got some Heisman buzz already brewing and could quickly become one of the faces of the Pac-12 and college football as a whole if he’s able to translate his success quickly.

A five-star talent and the No. 3 ranked quarterback in the 2023 high school recruiting class per 247Sports’ Composite Rankings, Moore has everything you look for in a game-changer under center. He’s smart, accurate, and, while he doesn’t have the biggest arm, his experience playing against the top schools in the nation since he was a freshman provides him a leg up on some of the country’s youngest faces under center.

I don’t expect UCLA to miss a beat with the departure of Dorian Thompson-Robinson as Moore is someone who does all the little things extremely well that will see him succeed early at the college level. He isn’t close to Thompson-Robinson when it comes to his dual-threat ability, but his poise in the pocket and comfortability within chaos pops off the screen.