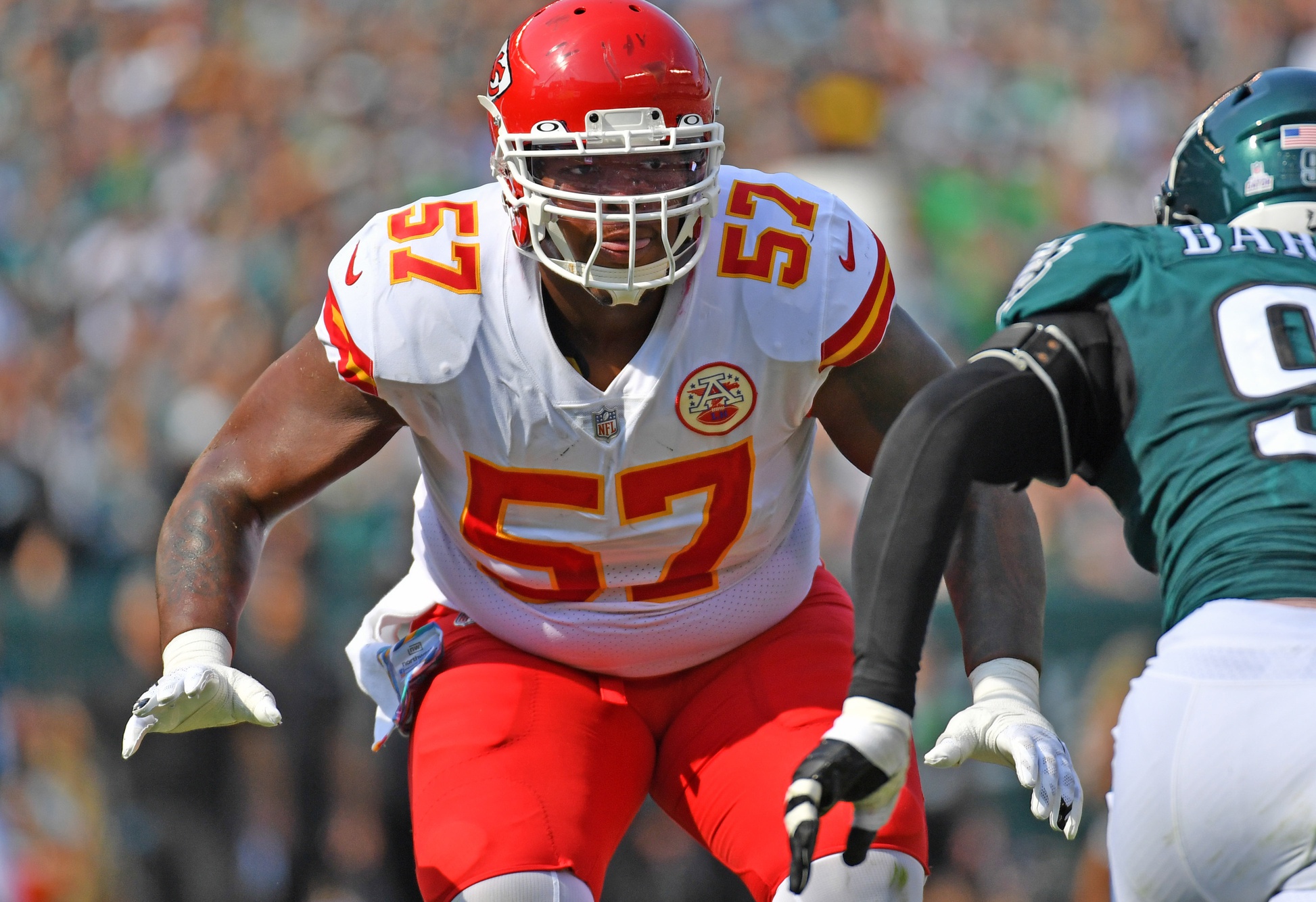 3 Teams That Should Try To Trade For Orlando Brown

According to multiple reports, contract negotiations between the Kansas City Chiefs and starting left tackle Orlando Brown took an unexpected turn earlier this week. Brown is allegedly seeking a lucrative extension that would pay him $25 million annually. That sort of contract would make Brown the highest-paid offensive tackle in the league on an annual basis, surpassing the deal Trent Williams signed with the San Francisco 49ers, which pays him a little more than $23 million per year.

The Chiefs and Brown’s representation could view Friday, July 15 as the deadline to reach a resolution. The Chiefs slapped Brown with the franchise tag earlier this offseason, which means they have until Friday to negotiate a long-term contract with him. Brown has yet to officially accept this fate and remains steadfast in his refusal to play on what’s essentially a one-year, fully-guaranteed contract that would pay him approximately $16.7 million. If the Chiefs and Brown fail to reach an agreement on an extension by Friday’s deadline, Brown must eventually accept the tag or consider taking his holdout into the regular season.

If Brown is traded prior to Friday, a possibility that became realistic given Brown’s top-of-the-market demands, the inheriting team could immediately sign Brown to the long-term contract his heart desires. Chiefs General Manager Brett Veach essentially forfeited the majority of his negotiating power when he agreed to part with multiple draft selections, including a first-rounder in 2021, in exchange to acquire Brown’s services from the Baltimore Ravens. Brown’s representation is likely aware of the situation and feels confident enough to make strong demands. The situation has reached a crucial period.

Should the Chiefs pivot away from Brown before the end of the week, we’ve identified three potential trade partners.

The Bears must invest in protecting franchise quarterback Justin Fields. New Bears General Manager Ryan Poles has inherited a roster with several concerning question marks across the offensive line. Poles essentially acknowledged the situation by selecting four offensive linemen during the 2022 NFL Draft. The first of those picks weren’t made until day three.

Furthermore, the reports that came out of organized team activities (OTAs) on sophomore-to-be Teven Jenkins were rather troublesome. Jenkins was working as a backup tackle while rookie blocker Braxton Jones was practicing with the starters. The No. 39 overall selection in the 2021 NFL Draft, Jenkins didn’t make his debut until Week 14 due to offseason back surgery. When Jenkins finally took the field, he looked like a rookie blocker that needed time to acclimate. Poles didn’t draft Jenkins, which means he has little reason to remain patient while risking the health of his prized possession under center.

Acquiring Brown would immediately upgrade the protection around Fields, particularly at the most important position on his blindside. Trading for Brown wouldn’t mean Jenkins couldn’t continue battling for the starting job at right tackle alongside Larry Borom. The Bears could also consider moving Jenkins inside. Poles and the Bears currently have roughly $19 million in cap space, which ranks inside the top five as we approach training camp. Poles possesses the resources necessary to acquire Brown.

The Chiefs would likely prefer to trade Brown to an NFC team should the situation reach a boiling point, but the Indianapolis Colts could potentially emerge as a suitor, should Brown find himself on the trading block. Colts General Manager Chris Ballard has showcased an aggressive mentality this offseason while furiously pursuing improvement. Ballard traded for defensive end Yannick Ngakoue in hopes of upgrading his pass rush. The Colts also signed veteran cornerback Stephon Gilmore.

A starting left tackle may still be on Ballard’s wishlist. The Colts had little-to-no interest in exploring a reunion with last year’s starting left tackle Eric Fisher, who remains an unrestricted free agent. In-house candidate Matt Pryor is expected to serve as Fisher’s replacement, but Brown would represent a sizable upgrade.

Ballard also drafted Bernhard Raimann and signed veteran journeyman Dennis Kelly, but neither player is expected to compete for a starting job in 2022. The Colts are in win-now mode with an immobile Matt Ryan under center. Brown would help keep Ryan upright.

On the surface, the Saints may lack the salary cap flexibility to consider making such a move, but general manager Mickey Loomis is a known salary cap manipulator. The Saints were reportedly in cap hell before Loomis managed to sign Tyrann Mathieu, Jarvis Landry, and Marcus Maye on the free-agent market all while holding onto expensive talents such as Marcus Lattimore and Cameron Jordan. One thing Loomis didn’t manage to achieve was re-signing Terron Armstead, whose departure leaves a mammoth hole at left tackle in the Saints’ starting lineup.

30-year-old veteran James Hurst is currently expected to start at left tackle. An undrafted free agent out of North Carolina, Hurst joined the Saints in 2020 in a reserve role after spending the first six seasons of his career in Baltimore. Hurst played multiple positions for the Saints last year, including right tackle and left guard, but the majority of his work occurred at left tackle, where he momentarily replaced an injured Armstead. Hurst performed rather admirably, but thrusting him into a full-time role on Jameis Winston’s blindside qualifies as risky.