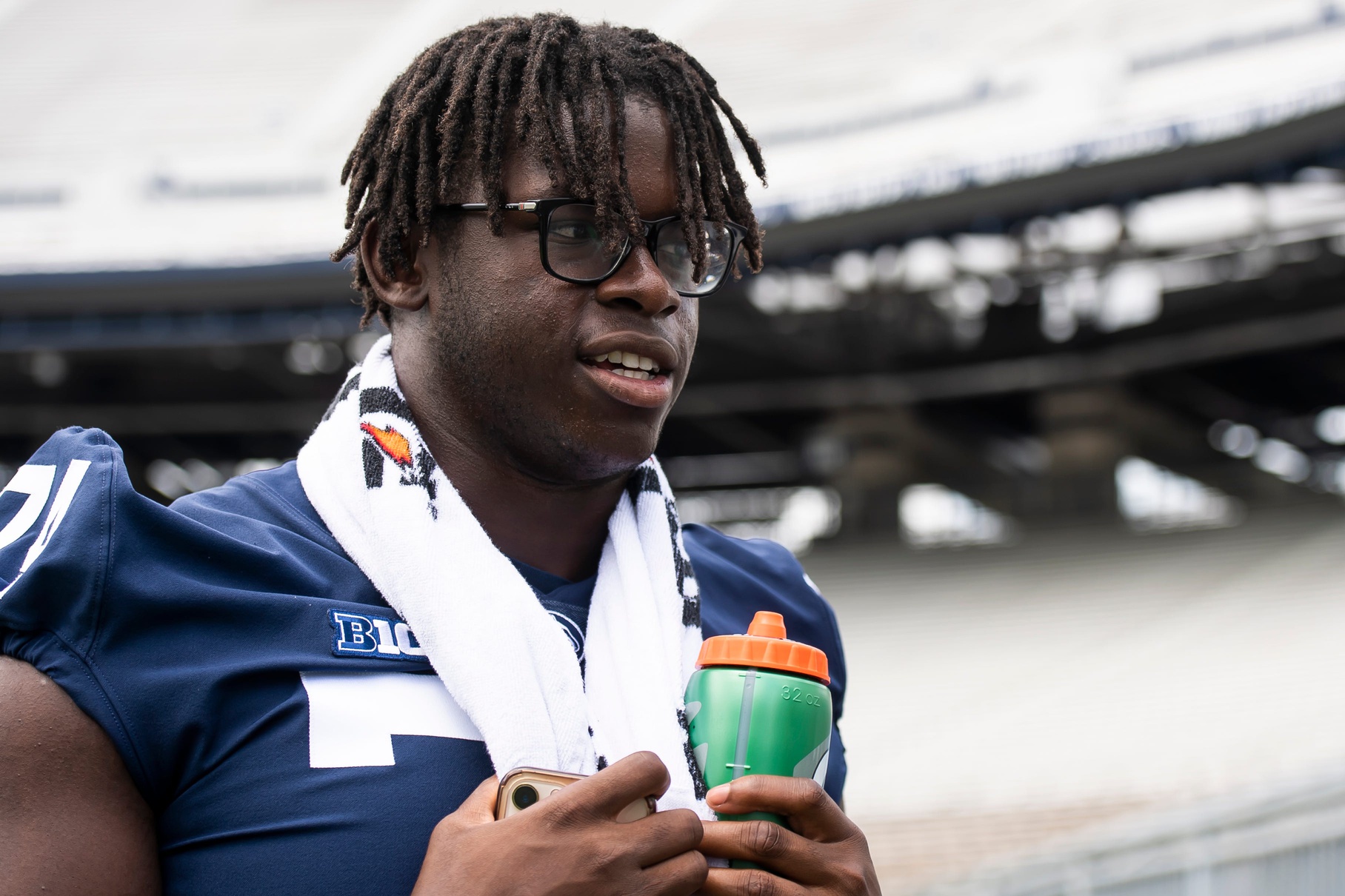 Who will be the first offensive tackle selected in the 2023 NFL Draft? It’s a loaded and important question. Rostering a high-end left tackle is arguably the No. 2 priority for every NFL franchise behind the quarterback position, and the right tackle isn’t far down the list of importance.

Several NFL teams have suffered from lackluster offensive line play this season. It will push tackles up the draft board, and a surprising candidate may be emerging as the favorite to become the first tackle selected. Penn State offensive tackle Olu Fashanu has enjoyed an eye-popping campaign.

The No. 28 overall player and fifth overall offensive tackle on our latest TDN100 update, Fashanu didn’t enter the 2022 season on many priority watchlists. Fashanu was an unknown commodity, having logged just 85 career snaps prior to this campaign. He’s simply been outstanding.

Fashanu hasn’t allowed a sack. He’s been credited with allowing one hit and six hurries via 299 pass-blocking snaps, per Pro Football Focus. One showcase, in particular, proved to me that Fashanu could be the first offensive tackle selected in April.

The Nittany Lions were dusted aside 41-17 on Oct. 15 by the Michigan Wolverines. The disappointing performance wasn’t indicative of how Fashanu played during his biggest showcase to date. Fashanu was excellent against Michigan’s NFL-hopeful defenders. He conceded absolutely nothing.

Fashanu displayed the easy movement skills that allow him to fire out of his blocks and take immediate control of pass-rushing reps. His smooth feet serve as a baseline for his potentially elite abilities in pass protection. Pass pro is all the rage in today’s pass-happy league, and Fashanu appears capable of developing into an expert blindside projector.

What was most impressive about Fashanu’s performance against the Wolverines is that it was his seventh career start. Fashanu showed unbelievable poise for a raw and inexperienced blocker squaring off against a premier program and defense. Furthermore, he won’t turn 20 until next fall. NFL general managers routinely fall in love with potential, upside, and youth. Fashanu possesses all three. They’re dangerous words when not treated appropriately, but they could ultimately elevate Fashanu’s draft stock.

Fashanu followed up that performance with another impressive showing against Ohio State. His Auburn tape is more of a mixed bag that highlights some of the raw technical mishaps he’s still sorting through, but it was far from a disastrous outing. Fashanu is passing the “competition” test with flying colors.

Fashanu will face stiff competition from his peers in the race to become the first tackle drafted. Northwestern’s Peter Skoronski is the anti-Fashanu from an experience perspective. An every-game starter since arriving on campus in 2020, Skoronski would be a shoo-in for OT1 if there weren’t questions regarding his overall length and whether or not he may have to play guard at the next level.

Georgia’s Broderick Jones also carries the profile of a top-15 selection. Ohio State’s Paris Johnson Jr. and Maryland’s Jaelyn Duncan are first-round hopefuls in their own rights. Both Johnson and Duncan have enjoyed some less-than-desirable performances in crucial moments and are currently trailing Skoronski, Fashanu, and Jones, in my opinion.

Every offensive tackle prospect has “that” tape that serves as a benchmark for their pre-draft evaluation. Through the 2022 NFL Draft process, Ikem Ekwonu solidified himself as a top-10 first-round pick with his performance against Mississippi State. For Fashanu, I believe “that” tape was the Michigan game