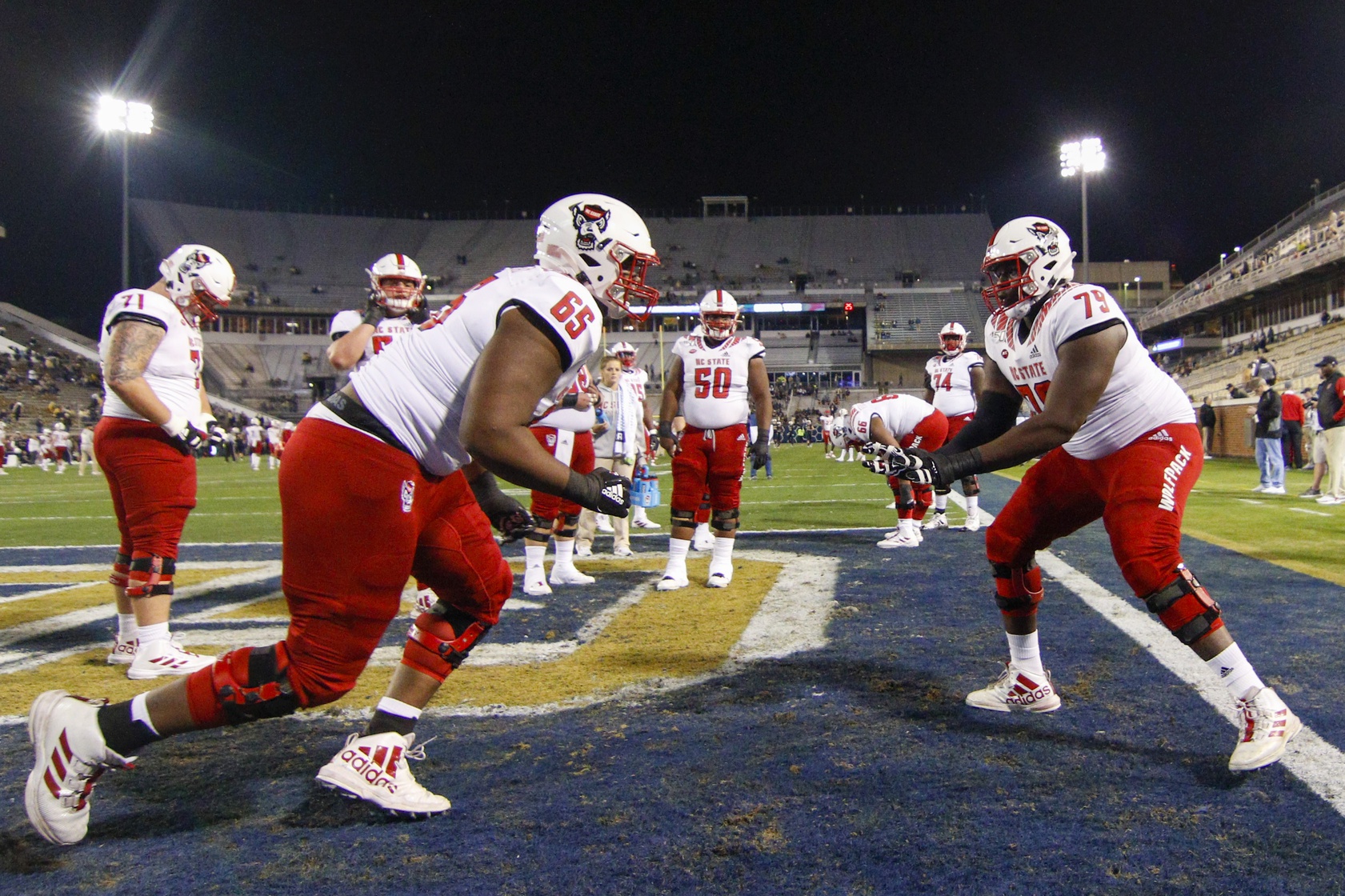 If I’m Trent Baalke and the Jacksonville Jaguars, Ikem Ekwonu’s performance today has thrown a major wrench into my process with the top overall pick. A smooth 40 with elite fluidity and explosion in positional drills, as impressive as Ekwonu’s film was this fall, his performance in Indianapolis both on and off the field has more than impressed. He’s a franchise cornerstone.

Adjust your boards accordingly. A mauling presence whose performance at the Senior Bowl turned heads and, accordingly, attached a jetpack to his draft stock, Trevor Penning kicked off his day with a 4.91 40 for icing on the cake. A physically dominant tackle who looks to staple defenders to the turf, Penning is an early day-one selection.

A future decade-long starter in the NFL, Zion Johnson was under control all night long. An interior talent who passes both the analytical and eye test with flying colors, Johnson solidified himself as a day-one selection. While he won’t represent the sexy pick of a game-changing pass-catcher or uber-athletic edge rusher, titles are won from the inside out and it starts with an identity like Johnson.

Looked upon as a “Day 3 Tyler Linderbaum” entering the combine, Jurgens was outstanding in all facets. A smooth mover in the 40 (4.92) who displayed excellent balance and flexibility in his lower half, Jurgens made himself some money on Friday..

Daniel Faalele measured in at 6-foot-8 and 384 pounds at the NFL Scouting Combine on Friday, which would make him the second-heaviest player in NFL history. Because of his size, he was one of the guys we expected to be throwing around weight in the bench press today. After all, a 225-pound barbel is less than 60% of his body weight. That was not the case. Faalele finished with just 24 reps on the bench, which was tied for fifth-worst of all offensive lineman. When you’re as big a guy as the Minnesota product, you’ve got to look stronger than that.

I want to preface this by saying that I don’t think I could do a single rep bench pressing 225 pounds. Then again, I’m not a 6-foot-4, 323-pound, highly-touted NFL draft prospect. Where Faalele fell short in his go at the bench press, Green fell even shorter, managing just 20 reps on Friday morning. It didn’t get any better when he got to the field at Lucas Oil Stadium. Kenyon Green didn’t look explosive in his broad jump or his 40-yard dash, running a 5.24 with a 1.81 10-yard split. For a guy who’s projected to be a first-round pick, those numbers aren’t great.

Lecitus Smith didn’t have the day he was probably hoping to have on Friday. His bench press in the morning was underwhelming, as his 23 reps were the fourth-lowest of all offensive linemen. Once he got to the field, he didn’t do anything to make up for a poor morning showing. He was not explosive, with his broad jump of 8-foot-3 tied for third-lowest among linemen and his 5.19 40-yard dash and 1.80 10-yard split doing nothing to stand out.