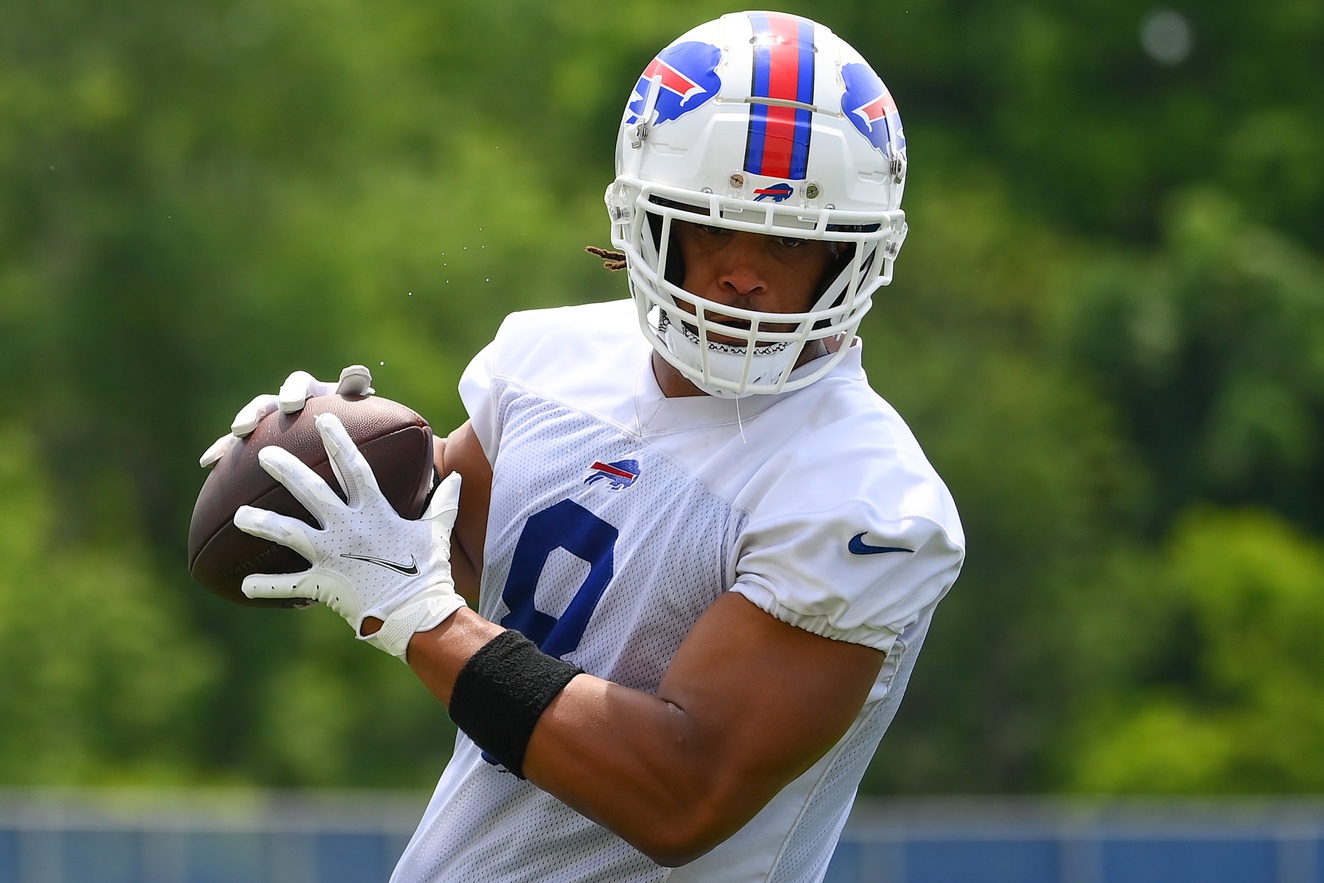 The Buffalo Bills signed one of the more intriguing low-cost free agents when they agreed to a one-year deal worth just $3.5 million with tight end OJ Howard earlier this offseason. A former first-round selection of the Tampa Bay Buccaneers, Howard joins breakout tight end Dawson Knox in Buffalo. Excitement ran rampant with the possibilities at the time of Howard’s signing, but the early reports out of Buffalo indicate the former Buccaneer has struggled to acclimate to his new surroundings.

The Athletic’s Joe Buscaglia observed Howard at Buffalo’s mandatory minicamp and came away less than impressed with Howard’s first impression as a receiver.

“Howard has not been quick in and out of his breaks, which could hamper his ability to deceive the defender and separate while running routes” Buscaglia specifically said.

A dominant presence at Alabama, Howard’s professional career has left plenty to be desired since being the No. 19 overall selection in the 2019 NFL Draft. Howard’s athletic upside was on display throughout the pre-draft process. Howard ran the 40-yard dash in 4.51 seconds despite weighing 251 pounds. Howard’s three-cone time of 6.85 was considered an elite result. None of that upside has necessarily translated to the pro game, largely due to a mixture of injuries and inconsistent play.

Howard’s recent struggles could perhaps be attributed to a torn Achilles injury suffered in Week 4 of the 2020 season. Achilles injuries often have long-term effects while hampering a player’s ability to make quick cuts, which obviously has an unfortunate impact on a pass-catcher specifically. Howard overcame that injury to return to the field in 2021, but he was largely an afterthought in Tampa Bay’s offense while posting career-lows in receiving yards (135), yards per reception (9.6), and touchdowns (one) despite appearing in all 17 regular-season contests. Howard’s 2020 campaign was somehow more productive than his 2021 output despite playing in 13 fewer (!) games (four total appearances). It speaks volumes regarding how uninvolved Howard was in Tampa’s offense.

Howard wasn’t all that productive before suffering his Achilles injury, either. In 2019, he recorded just 34 receptions for 459 receiving yards and one touchdown. The Buccaneers signaled their displeasure with Howard as their starting tight end by bringing in Rob Gronkowski for the following season—Cameron Brate also ate into Howard’s snaps. The Tom Brady era wasn’t kind to Howard in Tampa.

Howard’s physical presence should be enough to dethrone Tommy Sweeney as Buffalo’s second-choice tight end, although it’s not impossible that Howard’s struggles could lead to more snaps for Sweeney throughout training camp and the preseason while making this more of a true competition than it appeared at first glance. Sweeney appeared in 13 regular-season contests last season. Sweeney has been with the Bills since they drafted him in the seventh round of the 2019 NFL Draft. Second-year undrafted tight end Quintin Morris also factors into the equation.

Howard’s blocking ability and overall size should be enough to make him a weapon for quarterback Josh Allen near the goal line. His presence could give the Bills some flexibility in 12 personnel, which is perhaps all the Bills were searching for when they signed Howard earlier this offseason. The early reports on the effectiveness of OJ Howard are less than desirable.