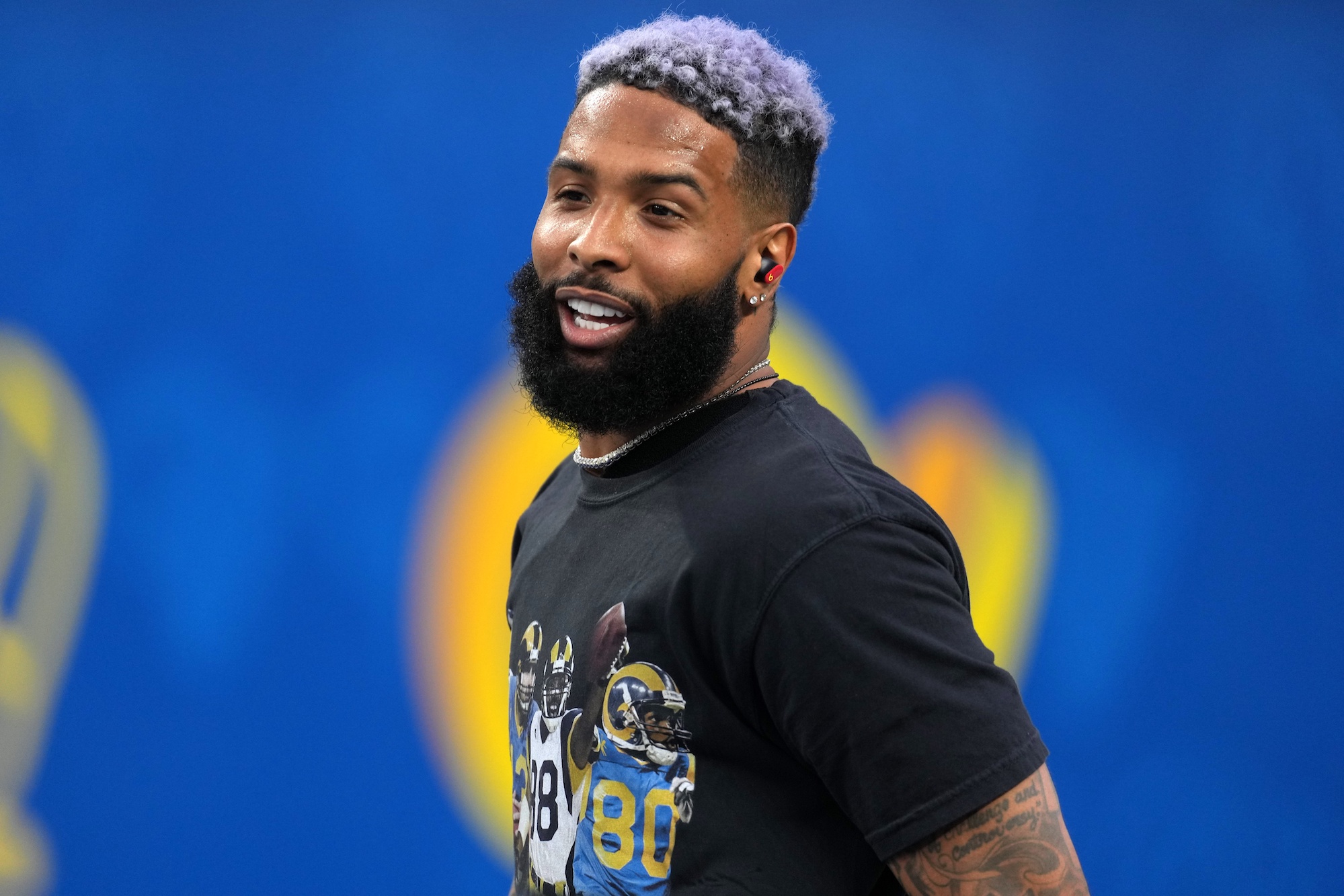 The 2021 season was a revelation for wide receiver Odell Beckham Jr. After a disastrous end to his tenure in New York and a failed marriage between him and Baker Mayfield in Cleveland, he found his home under Sean McVay last fall.

While playing just eight games in the Los Angeles Rams’ offense presented a small sample size, it didn’t take long for the three-time Pro Bowl receiver to gel within the Rams’ high-octane offensive attack—he totaled five catches for 81 yards on 10 targets in just his second game in the blue and gold. Beckham had rapport with quarterback Matthew Stafford that seemingly stemmed from years in the past, even though they never played on the same team. Although Beckham was often the second read in Stafford’s progressions—as triple crown winner Cooper Kupp holstered Los Angeles’ aerial barrage—Beckham worked into a substantial role by season’s end and evolved into a go-to target come playoff time, headlined by his nine-catch, 113-yard performance in the NFC title game.

However, at the end of every season comes roster turnover. While the Rams sent Robert Woods to the Tennessee Titans via trade, they signed Allen Robinson in free agency to round out their pass-catching corps, leaving Beckham without a job as it stands just a little over a month away from the start of the training camp across the league.

This allows us to play around with hypotheticals. And when it comes to Beckham, a talent with a ton of juice left in the tank who remains in search of recapturing his WR1 role, a clear landing spot has arisen out of the ashes with eerily similar variables to that of his prior Hollywood home.

The Kansas City Chiefs have a roster with Super Bowl aspirations each and every year, but the loss of Tyreek Hill will have repercussions. With Hill’s departure comes open targets, and although new additions in JuJu Smith-Schuster, Marques Valdes-Scantling, and second-round selection Skyy Moore (Western Michigan) represent a serviceable trio to pair with Mecole Hardman, adding an uber-experienced talent like Beckham could boost an ‘average at best’ receiving corps as it stands today.

Despite seasonal rumors that the Chiefs are going to improve in the run, allocating increased touches in the ground game to further diversify their offensive portfolio, when it’s Patrick Mahomes leading the troops, you’re going to sling the football around the yard—whether it takes 40, or 50 attempts in a ballgame. That has been the Chiefs M.O. for seasons on end.

Similar to Beckham’s success with Stafford, working with an elite passer like Mahomes could allow him to replicate his success from last year. And while Travis Kelce will represent the de facto target hog for Mahomes, the path to becoming the alpha on the perimeter looks feasible if Beckham idealizes his former years as top dog in New York. And although regressing from Hill to Beckham will surely alter the Chiefs’ aerial scheme and inherent spacing on specific concepts downfield, it’s nice to have names and a few guys with NFL snaps under their belt. But in the AFC, and more specifically the AFC West, it’s an arms race to the top, and fortification is needed on the outside if Kansas City looks to win their seventh consecutive division title and punch their ticket to their fifth straight conference title game.

Beckham is by no means the same, dynamic talent he was years ago, but for the Chiefs, and for the continued success of Mahomes, he could represent a blessing in disguise as a late-cycle addition to boost what will be a new-look Chiefs offense this fall.