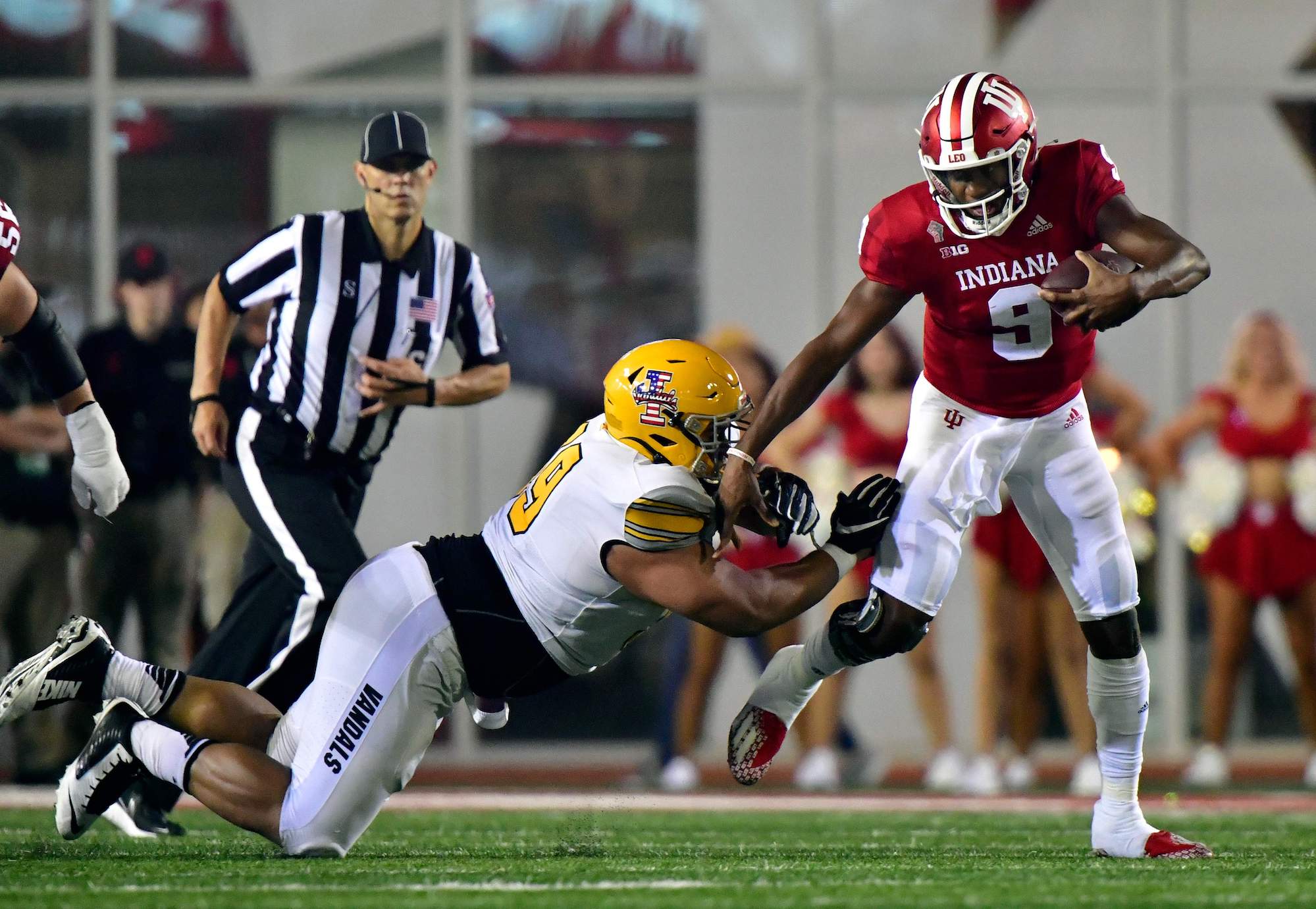 A prep talent with offers from every headlining program in the nation, it doesn’t take long for Noah Elliss to place his foot on the neck of an offensive game plan. A former Mississippi State recruit turned Idaho Vandal, one of the largest athletes in the upcoming draft class deserves a large spotlight to accompany a skill set with the capability to ravage an offensive line. At 6-foot-4 and 359 pounds, his frame alone makes it hard to not key in on him when watching film. But what sets him apart, and why scouts have slowly begun to move him up draft boards, is his knack for plugging gaps in the run with an improving prowess to push the pocket on late downs. https://twitter.com/mattalkire/status/1487564787865300993 Out in Las Vegas at the East-West Shrine Bowl, Elliss was a constant in the opposing offense's backfield during team drills, but where he shined most was in one-on-ones—the All-Big-Sky was unblockable throughout the week. While stymying a 350-pound athlete is a difficult task in and of itself, one that can move both vertically and laterally in the way that Elliss does has forced NFL teams to flip on his film during his days as a Vandal to truly identify how impactful a defender he could be on Sundays. While the 2021 season represented his only full season of college ball, as an injury ended his season in 2019 and COVID ravaged his sophomore campaign in 2020, Elliss made the most of his snaps—to say the least—this fall, amassing 6.5 TFLs and 46 tackles, often shouldering the dirty work up front taking on double teams to free up the second level. A large man in his own right, Georgia’s Jordan Davis has represented the poster child for the big uglies in this year’s class. Labeled a true game-wrecker whose impact will be immediately felt at all three levels in the NFL, comparing Elliss to Davis presents more similarities than differences. https://twitter.com/BenFennell_NFL/status/1483883280495792132 A man of that size should not be able to move like that. It’s silly. But, as we bring the microscope in closer to identify the ways in which Elliss wins on the interior, it presents a deep bag of traits that should seamlessly transfer to Sundays. With a high backside that allows him to organically win the leverage battle before the ball is ever snapped, although he’s been able to win via brute force at the collegiate level, his technical fluidity synced between his hands and lower half presents a ‘pick a poison’ scenario for interior lineman. The son of former Pro Bowler and current Idaho defensive line coach Luther Elliss, it’s not hard to see why Noah Elliss turned down the prestige of Alabama, Oregon, and any of the other college powerhouses to compete under his father in the flatlands of Idaho. As the old adage goes, “if you can play, they will find you,” and for Elliss, the saying couldn’t ring more true. Currently projected as a day-three selection, if you’re a team looking for fresh legs in the interior and a talent that could progress into one of the steals of the entire class, look no further than Elliss. While teams have opted to get lighter and quicker to counteract the ever-evolving pass-happy league that the NFL has become where speed and versatility have become a necessity, adding a hefty amount of beef up front that has shown the ability to range and move similarly to guys 60 pounds lighter presents a boatload amount of value at the backend of the draft… if he lasts that long.