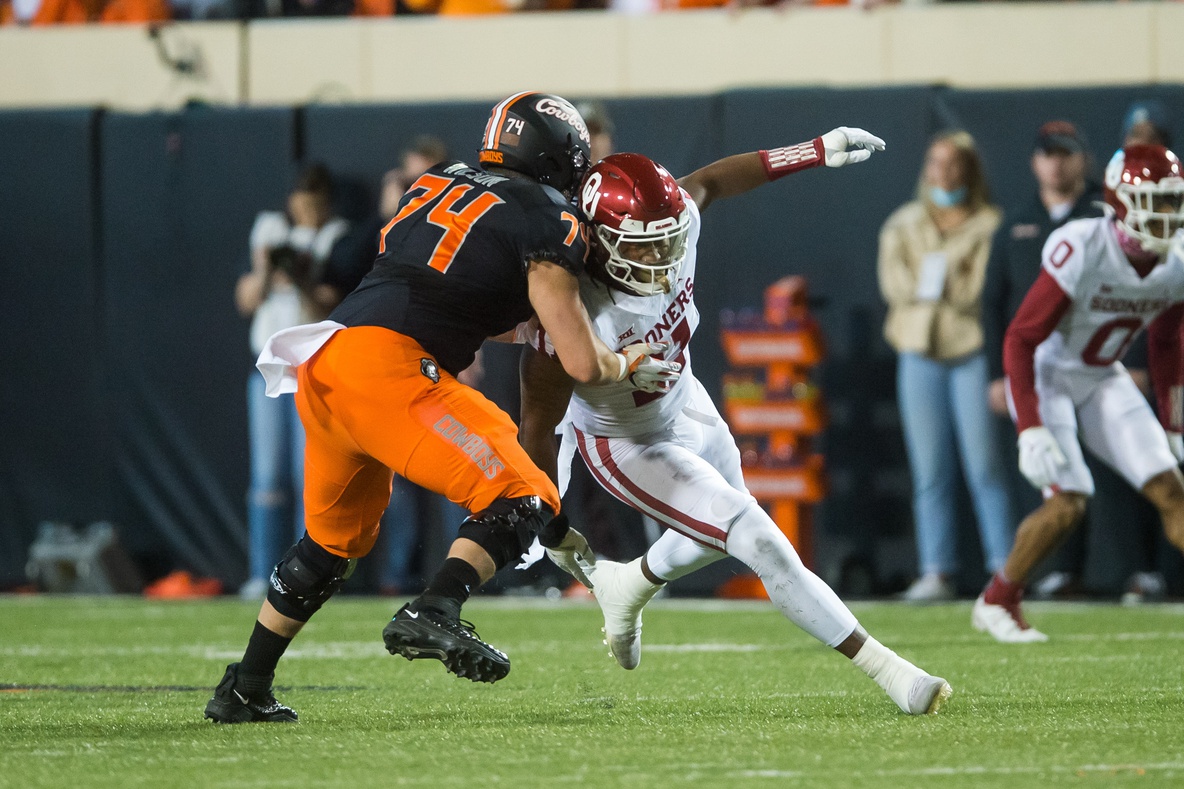 It’s been a wild week in the NFL and the fun is just beginning. After the NFL Scouting Combine concluded Sunday, the talk of the league was about how well these prospects tested and that this may very well be the most athletic draft class in league history. I was excited about all the post-combine NFL draft takes and looked forward to talking about some prospects with my colleagues—and then Tuesday happened.

In a blink of an eye, everyone forgot about the combine, the draft, and the prospects as news came out that Aaron Rodgers was going to stay in Green Bay and that Russell Wilson was traded to Denver. Both pieces of news shook the NFL landscape and will surely have lasting ripple effects that will affect the league for the rest of the offseason.

All that being said, we must not let Rodgers and Wilson steal the shine from the 2022 NFL Draft because, at the end of the day, the draft is the lifeblood of the NFL. Getting back to some draft-related content, I thought there were some clear winners coming out of last week’s combine. Players such as Jordan Davis, Devonte Wyatt, Garrett Wilson, and Breece Hall are players that are often mentioned when you talk about combine winners. There is one name that I have yet to see mentioned as a combine winner and that’s Oklahoma’s EDGE defender Nik Bonitto.

Bonitto was one of the most productive defensive players throughout his career with the Sooners. He was a three-year starter and quickly turned into the leader of the Sooners’ defense. Bonitto finished his final season with 39 tackles, seven sacks, and one forced fumble while also producing the highest pass-rush win rate in all of college football. He was truly a force to be reckoned with as a pass rusher and consistently gave offensive tackles hell.

Even with that level of production, Bonitto is rarely discussed when speaking about the top edge defenders in this class. Many in the NFL draft community question Bonitto’s fit at the next level and therefore have him graded as a third to fourth-round prospect, which to me is entirely too low.

As a prospect, Bonitto has plenty of things to get evaluators excited. He primarily aligns as a stand-up outside backer in the Sooners’ odd-front scheme and is tasked with rushing off the edge on most downs. He offers an outstanding first step and can quickly win the edge against opposing offensive tackles. He flashes loose ankles and hips and can bend the arc and corner when he gets to the top of his rush. His ability to flatten and bend underneath offensive tackles is special and makes getting hands him extremely difficult.

Additionally, Bonitto possesses outstanding lateral agility as a pass rusher and as a run defender. He can juke and elude tackles as a rusher and win the inside gap. In the run game, Bonitto plays with outstanding effort and motor. He can stack and shed and locate the football with urgency. He is an excellent tackler in the open field and has a knack for punching the football out and creating turnovers.

He is such a good overall athlete that the Sooners would often stand him up over the center and use him as a quarterback spy and let him run sideline to sideline—something you rarely see edge defenders do.

Now, how can a player with that type of skill and athletic ability be graded as a third or even fourth-rounder by some evaluators? Well, let’s examine Bonitto’s size.

Bonitto was listed at 6-foot-3 and 240 pounds on ESPN and Oklahoma’s website. The ability to play the edge in the NFL at that size is extremely difficult. At just 240 pounds, Bonitto’s ability to set the edge in the run game or win with a bull rush in the passing game were major concerns evaluators had. Many saw Bonitto as a player who offered some redeeming qualities as a pass rusher, but his lack of size and length would result in him being just a situational pass rusher and subpackage player only at the next level—while those players have value, you don’t draft those players high.

To make matters worse for Bonitto, many evaluators thought that his listed height and weight were lofty and that he would come in lower than both listed numbers. Well, thanks to the combine, we now have verified numbers on Bonitto and the results were very positive.

Bonitto measured in at 6-foot-3 and 248 pounds with 32.5-inch arms. These numbers were outstanding for a player that many thought was closer to 6-foot-2 and 230 pounds.

The natural pushback here is that Bonitto just added weight after the season and that he likely sacrificed some of his athleticism in order to do so. Well, at 6-foot-3 and 248 pounds, all Bonitto did was run a verified 4.54 40-yard dash with a 1.54 10-yard split, jump 35.5 inches in the vertical jump, and run a 4.23 short shuttle. These numbers by themselves are simply outstanding, but to do them at that size is even more impressive.

I had little concern about Bonitto’s ability to hold up against the run because I bought into his athleticism, effort, and instincts. While I acknowledged that his lack of size and mass could give him issues at the point of attack, I still thought that he had enough power in his frame to hold up. After his combine, my belief in his ability to set the edge at the next level only has gotten stronger.

While Bonitto may not be for everyone, teams that run a 3-4 scheme and need additional pass-rush help would be foolish to not take him and I would be shocked to not hear his name off the board in the top 50 picks.