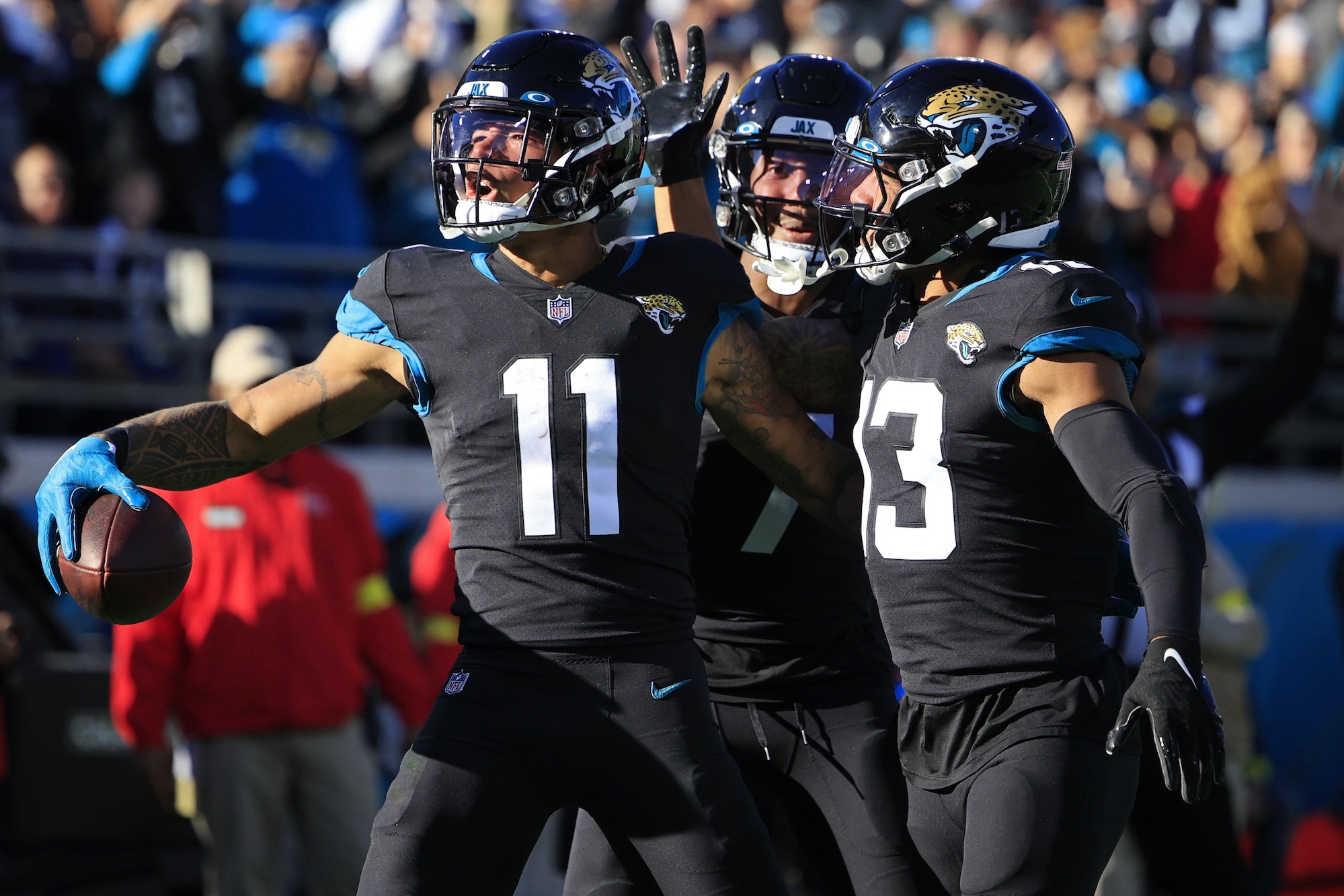 Few NFL teams are playing for their postseason lives in Week 18. While many fates have already been sealed, several players are playing for financially fruitful reasons on the NFL’s final regular-season weekend. We’ve identified nine offensive players who can clinch or secure roster-related bonuses and incentives this weekend.

Christian Kirk will earn $500,000 by accounting for two or more receptions against the Tennessee Titans. It’s a fate-deciding contest for the Jaguars, who would win the AFC South with a victory over the Titans. Kirk could earn another $500,000 by topping 91 receiving yards, a single-game output he’s enjoyed on five occasions this season. Kirk is literally playing for a playoff berth and $1 million in potential incentives.

Detroit Lions running back Jamaal Williams will earn an extra $250,000 by rushing for six-plus-yards in Sunday’s showdown with the Green Bay Packers, confirming the first 1,000-yard campaign of his NFL career.

Kansas City Chiefs wide receiver JuJu Smith-Schuster will earn a cool $1.5 million in bonuses with a single reception of two-plus yards. Not a bad day at the office.

Jacksonville Jaguars wide receiver Zay Jones will almost certainly earn an extra $250,000 by securing two receptions against the Tennessee Titans on Saturday. Jones can earn another $500,000 by totaling 98 receiving yards. Zones torched the Titans for eight receptions, 77 yards, and a touchdown earlier this season.

The Rams aren’t playing for NFL draft positioning or a postseason berth, but head coach Sean McVay will aim to help Tyler Higbee earn a nice chunk of cash. Higbee will be awarded a bonus of $175,000 for surpassing 13 receiving yards against the Seattle Seahawks on Sunday. Baker Mayfield will be aware of what’s at stake for Higbee.

Detroit Lions wide receiver Kalif Raymond needs to record seven receptions and 50 receiving yards to trigger individual bonuses of $250,000. Raymond has yet to record seven catches in a single contest this campaign but has topped 50 receiving yards on four separate occasions. A special teams standout, Raymond could earn an extra $150,000 by adding 36 punt return yards to his totals.

DeAndre Carter has enjoyed somewhat of a mini-breakout campaign with the Chargers in 2022. The former undrafted free agent out of Sacramento State should earn $100,000 by recording two receptions against the Denver Broncos on Sunday. Carter could earn an extra $100,000 by topping 55 receiving yards, which he’s achieved four times this season.

Carter isn’t the only Chargers pass-catcher with money on the line. Gerald Everett could earn an extra $250,000 by recording five receptions on Sunday. Everett is averaging 3.9 receptions per contest. Chargers quarterback Justin Herbert will make an effort to target Everett.

Deebo Samuel hasn’t played since suffering ankle and knee injuries in Week 14 against the Tampa Bay Buccaneers. Samuel is expected to practice ahead of Sunday’s finale against the Arizona Cardinals. The 49ers may consider resting Samuel, who possesses little-to-no chance to achieve a $500,000 bonus by rushing for 152 yards.