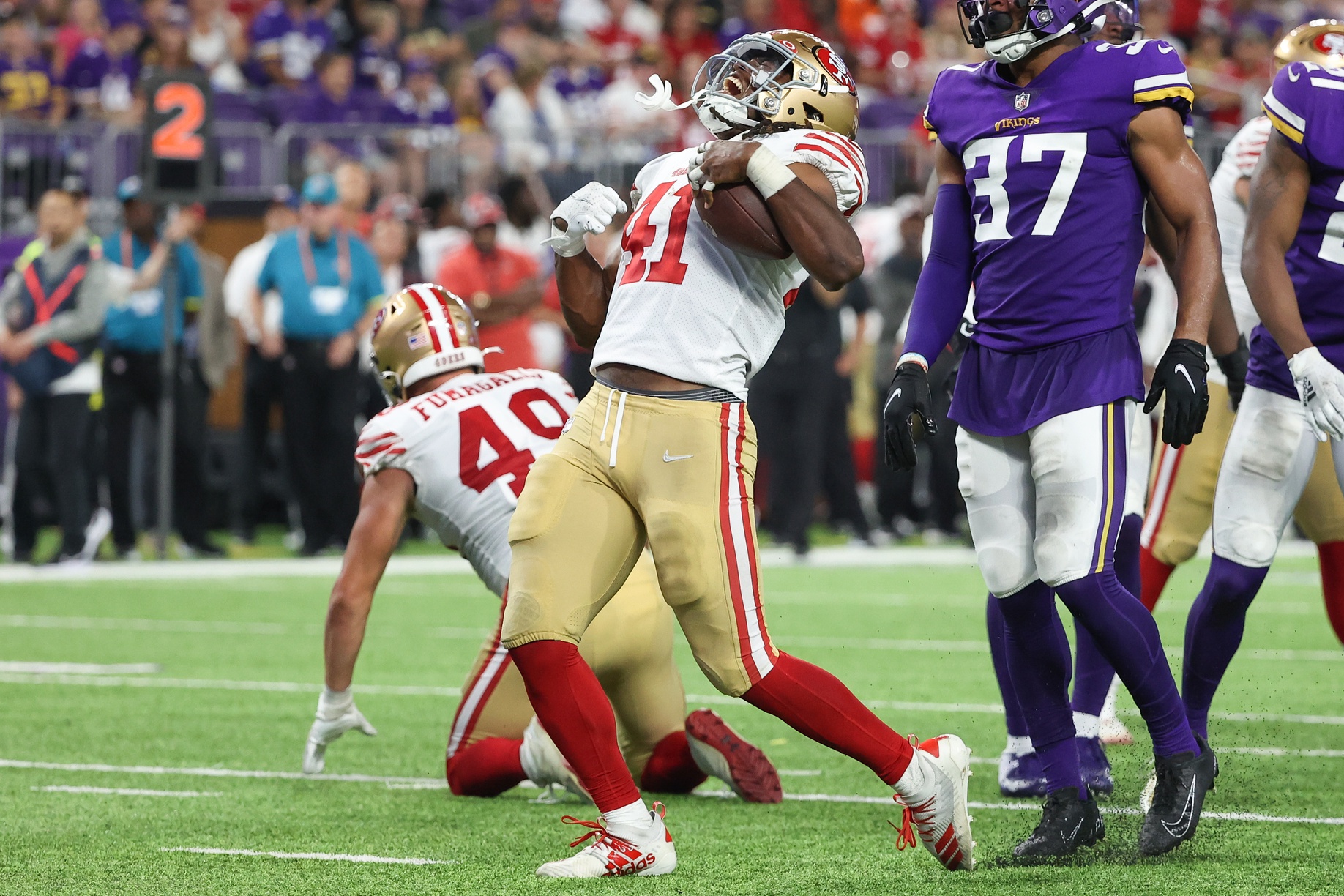 Underappreciated and overlooked, undrafted players usually don’t receive their NFL spotlight until it’s ultimately too late. Players that enter NFL camps as guys who are locker room fillers more than anything else, a few stand out among the rest each and every season.

With cut day looming, here are five UDFAs that have earned the right to be named to their teams’ final 53.

A program with just three players drafted since the turn of the millennium, 2022 was a year to celebrate for Montana State. With a second-rounder in Troy Andersen and a seventh-rounder in Daniel Hardy, the Bobcats more than left their footprint in April’s draft. While Andersen drew the masses and Hardy’s name was a late riser on many draft boards, the Rams’ signing of McCutcheon has seen the reigning Super Bowl champs reap early rewards from the UDFA early in his career.

A name still relatively unknown to the public eye, McCutcheon has quickly drawn the attention of Rams brass following an outstanding preseason slate.

“He deserved it and it’s a real credit to Liam (Coen), Coach (Eric)Yarber, and Coach (Greg) Olson. They did a great job being able to put (Lance McCutcheon) in those spots and he delivered,” head coach Sean McVay said. “I remember early on in the offseason program, there are certain young guys that have that right look in their eye where you can see they are mature beyond their years. I remember Olson being around him and he said, ‘You watch, this guy’s going to have a really good preseason and I bet you he makes a lot of plays,’ and that was prophetic and I said that to Olson during the game. I remember when you were around this guy for only a couple of days and you kind of saw this coming. He’s just got one of those demeanors where you say this guy is going to figure it out.”

A 6-foot-3 blend of size, speed, and elite aerial ability, McCutcheon has been an awfully nice surprise for a wide receiving corps that lost Robert Woods and Odell Beckham Jr. this offseason. While the NFL triple crown winner Cooper Kupp returns and the addition of Allen Robinson to pair with Van Jefferson should round out a nice duo to complement the All-World talent, if McVay is able to add another thoroughbred to the stable in McCutcheon, the Rams could once again challenge for a Lombardi trophy come February.

For an offense anchored by signal-caller Matthew Stafford, McCutcheon’s skill set within McVay’s ever-growing playbook would showcase another talent for defenses to try and take away this fall. And although the deep list of aforementioned names didn’t even include 2021 second-rounder Tutu Atwell—who’s played well in camp—you can never have enough playmakers on the perimeter. McCutcheon is much, MUCH more than a heartwarming story from a small school.

Washington has been dealt a tough hand on offense, as Logan Thomas, Cole Turner, and John Bates have all missed time this summer—plus the retirement of Antonio Gandy-Golden. Although Thomas has been recently activated from the physically unable to perform list (PUP), the burgundy and gold need healthy bodies behind Thomas to produce if Bates and Turner’s injuries were to linger.

A quarterback convert out of the University of Ohio, Rogers is a big, athletic target that has received a ton of work with the first team during both training camp and the preseason filling in for the aforementioned names.

We all know how much Bill Belichick (and the NFL) values guys that can produce in a variety of ways, and the UDFA out of Texas has shown off on both defense and special teams. Schooler registered a pick against the Carolina Panthers and could become a core player on special teams for a Patriots roster that needs fresh legs.

There hasn’t been much ‘bad’ from Warren this summer. Although the Steelers’ backfield touts a few players that can get up and go—headlined by Najee Harris—Warren has entered the fold and competed his tail off. Who knows what his workload could be this year, but if Harris’ lisfranc injury lingers in any capacity, Warren could earn some carries.

Mason jigsaws seamlessly with what Kyle Shanahan wants to do offensively. And when you consider the fact he has the best hands of any ball-carrier on the roster, you begin to see why Shanahan and the 49ers brass have remained high on the talent out of Georgia Tech. San Francisco has a ton of young backs with juice, but it will be hard to keep Mason off the final 53.

Are there any other NFL UDFAs that could stick?