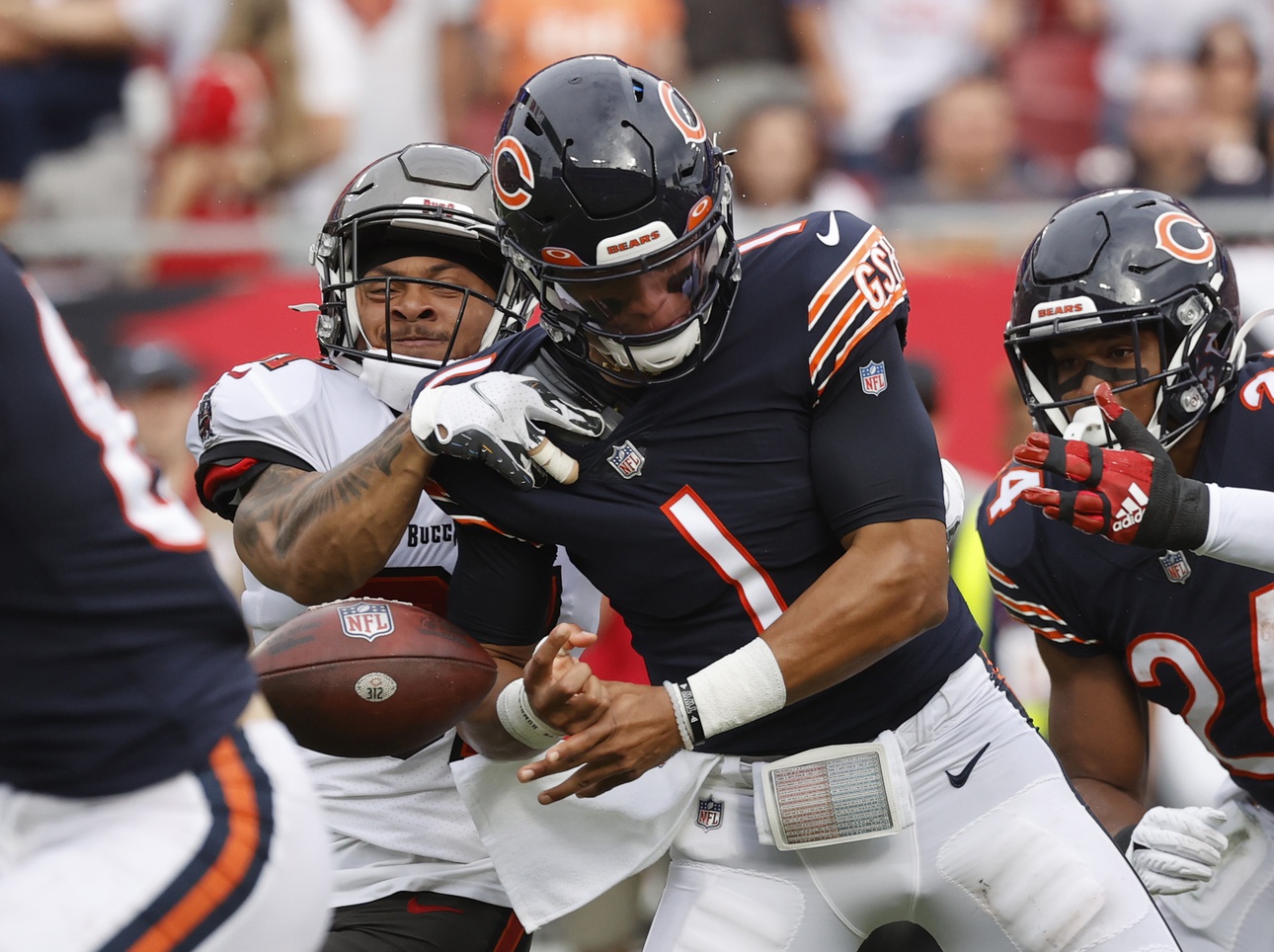 Who’ll Have Lowest-Scoring Offense In NFL This Season?

The NFL currently finds itself in the golden age of exciting offensive play, but that doesn’t mean all 32 franchises have solved the mystery of how to field an effective offense. Today’s pass-happy league has led to high-scoring offenses, but a total of 10 NFL franchises finished the 2021 regular season by scoring less than 20 points per contest. Similar results are unfortunately expected in 2022.

Lowly franchises such as the Jacksonville Jaguars, New York Giants, and Detroit Lions remain in transition ahead of the impending campaign. Below-average offensive results are often tied to issues under center and several teams are still searching for the appropriate solution at the quarterback position. It guarantees to result in more disappointing offenses.

The NFL futures prop betting landscape for this campaign’s 2022 lowest-scoring offense is officially starting to take shape. BetOnline has already updated the exciting odds. The top 10 shake out as follows:

THE FAVORITE AND MY PICK: HOUSTON TEXANS

The Texans averaged a league-low 278.1 yards per contest and the third-lowest points per game (16.5) throughout the 2021 regular season. The oddsmakers are currently expecting a similar output in 2022. It’s fairly easy to understand why.

Questions still surround the overall effectiveness of sophomore-starting-quarterback-to-be Davis Mills, who completed 66.8% of his passing attempts en route to throwing 2,664 yards, 16 touchdowns, and 10 interceptions as a rookie in 2021. Mills is expected to make a leap in year two, but his surrounding environment leaves plenty to be desired.

Texans General Manager Nick Caserio also hasn’t done enough to address a lackluster supporting cast. The always reliable Brandin Cooks returns via a newly signed contract extension, but the depth behind Cooks provides more questions than answers. Nico Collins and John Metchie III are young players that will continue acclimating to the league in 2022. The Texans have plenty of young offensive starters with potential, but we expect more growing pains this coming season.

The Bears may feature the most promising quarterback of any NFL team that makes an appearance in the top eight of this list, but even Justin Fields may not be enough to rescue the Bears offense from below-average results in 2022. New Bears General Manager Ryan Poles is essentially rebuilding a roster that was mishandled by previous general manager Ryan Pace and patience is required. Chicago’s roster is largely devoid of proven offensive talent, particularly at wide receiver and all across their offensive line.

Allen Robinson departed in free agency and although Darnell Mooney is likely in line for a career-best campaign as Chicago’s de facto No. 1 receiver, the depth at receiver behind Mooney is extremely concerning. The likes of Velus Jones Jr., Byron Pringle, and Equanimeous St. Brown may be in line to receive crucial opportunities. That’s not exactly a murderer’s row of pass-catchers.

The offensive line is also littered with questions. Teven Jenkins‘ rookie season was largely lost due to a back injury. Jenkins performed in an underwhelming manner throughout the final stretch of the season. Larry Borom is another question mark at tackle, and who Chicago starts at right guard is currently anybody’s guess. Chicago’s offense is expected to struggle mightily in 2022, even with an ascending Fields under center.

Pete Carroll’s Seahawks undoubtedly feature the most concerning situation at quarterback of any team in the league. The Seahawks traded Russell Wilson to the Denver Broncos and then curiously ignored the position in the wake of Wilson’s absence. Seattle received Drew Lock in the trade, who is expected to start for the Seahawks in 2022, assuming he can beat out veteran quarterback Geno Smith. Is this really the plan?

The Seahawks have loosely been linked to a trade for disgruntled Cleveland Browns quarterback Baker Mayfield, but Mayfield appears more likely to join the Carolina Panthers. There are arguably teams who roster not one, but two better quarterbacks than whoever Seattle is currently planning to start in 2022. It’s somewhat surprising to witness the oddsmakers currently rank the Seahawks outside of the top three here.

Perhaps the presence of two dominant receivers in D.K. Metcalf and Tyler Lockett have the oddsmakers showing the Seahawks mercy. Shane Waldron is a quality offensive coordinator, but Seahawks General Manager John Schneider has given him little to work with in 2022.