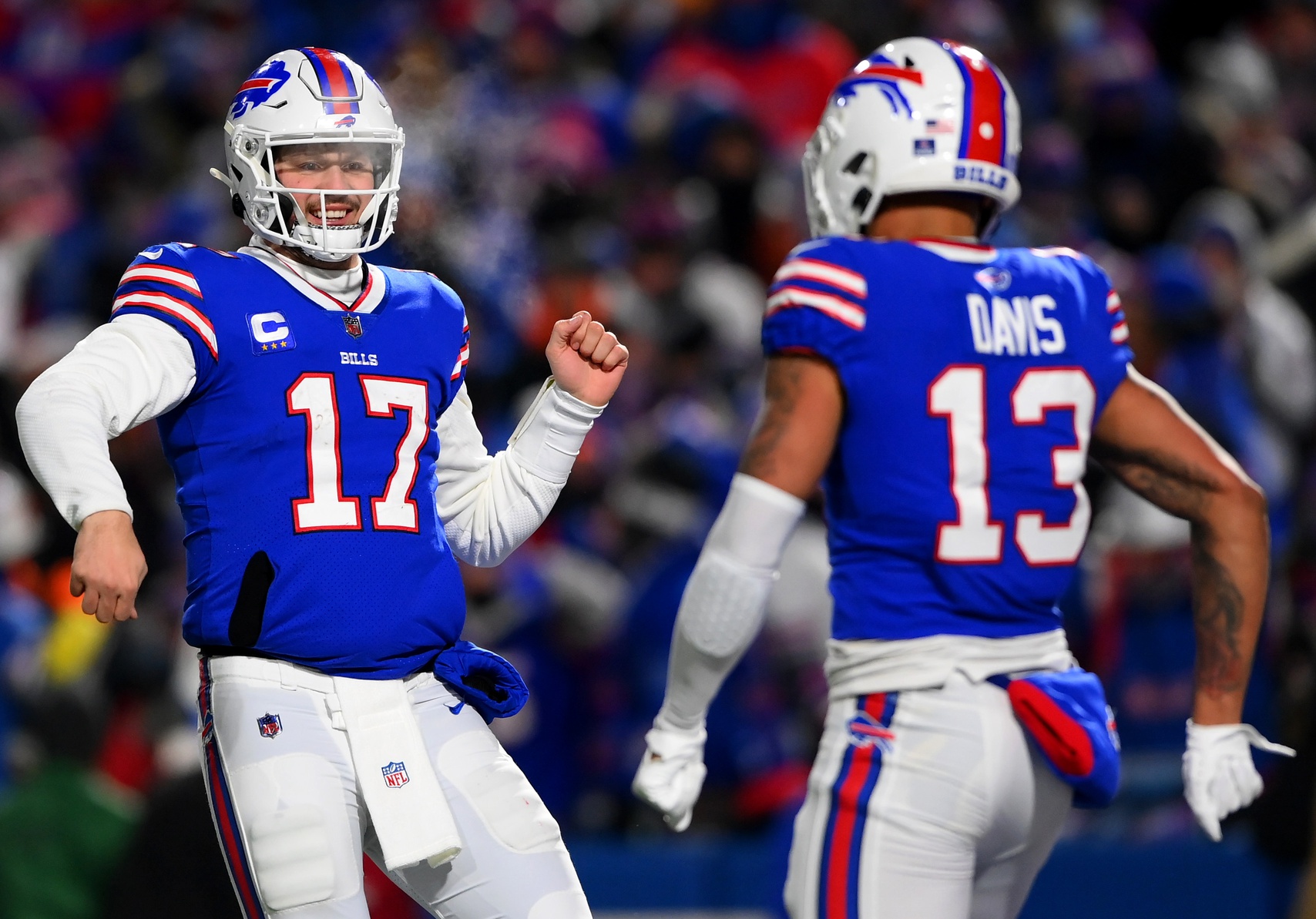 Who’ll Have Highest-Scoring Offense In NFL This Season?

The NFL may be in its golden age of offensive play. Today’s pass-happy league has led to high-scoring offenses in abundance. A plethora of high-level quarterbacks with rare arm talent has helped elevate their respected franchises to new heights. The impending 2022 regular season promises similar results.

The Buffalo Bills, Tampa Bay Buccaneers, Kansas City Chiefs, and Los Angeles Rams are just four of several teams that could threaten to score 30-plus points per contest in 2022. Additionally, potential MVP candidates range from Tom Brady to Patrick Mahomes to Justin Herbert, who are all capable of overseeing the league’s most effective offense in 2022.

The NFL futures prop betting landscape for this campaign’s 2022 highest-scoring offense is officially starting to take shape. BetOnline has already updated the exciting odds. The top 10 shake out as follows:

THE FAVORITE AND MY PICK: BILLS

The Bills are currently viewed as the favorite and we agree with that sentiment. The Bills ranked in the top five in the NFL in total offensive yards gained per contest (381.9) and points scored per game (28.4) last season and more of the same is expected in 2022.

Starting quarterback Josh Allen is a legitimate superstar who could threaten to capture his first Most Valuable Player award this season. Allen’s presence makes the Bills Super Bowl contenders on an annual basis.

Bills General Manager Brandon Beane has taken the appropriate steps necessary this offseason to ensure Buffalo’s offense remains effective while maximizing Allen’s potential. Beane agreed to a sizable extension with receiver Stefon Diggs worth $96 million over four years. Diggs and Allen have formed one of the most fearsome quarterback-receiver duos as of late and will continue to haunt opposing defenses in 2022. The offseason addition of Rodger Saffold should help upgrade what was already an effective offensive line. The free-agent signings of O.J. Howard and Jamison Crowder added recognizable names while filling out an already star-studded offense. The drafting of former Georgia running back James Cook could add a new dimension to Buffalo’s backfield.

A WORTHY NO. 1 CONTENDER: BUCCANEERS

The Buccaneers have experienced a whirlwind of an offseason. The retirement of legendary quarterback Tom Brady would have placed the Buccaneers far away from making an appearance on this list. Luckily for the Buccaneers, Brady’s retirement was short-lived after he made a triumphant return to Tampa after less than two months into retirement.

The Buccaneers finished second in yards gained per contest (405.9) and points scored per game (30.1) last season, and with Brady back in the fold, they’ll undoubtedly secure similar numbers in 2022. Mike Evans returns as the league’s most consistent and underrated receiver. General Manager Jason Licht did a fantastic job keeping the majority of the band together by re-signing Chris Godwin and Leonard Fournette while also adding a formidable No. 3 receiver in Russell Gage via free agency. The Buccaneers will miss the retired Rob Gronkowski, but Brady has more than enough weapons at his disposal to attack defenses on a snap-by-snap basis.

Furthermore, the addition of Shaq Mason via trade should help the Buccaneers field a dominant offensive line in 2022. The Buccaneers are going to make playing offense look rather straightforward.

The defending AFC champions are being slightly disrespected by the oddsmakers. The Bengals aren’t currently viewed as a top-five favorite to lead the NFL in scoring in 2022 despite falling just short of winning Super Bowl LVI. Starting quarterback Joe Burrow is a franchise signal-caller that could find himself in the race for an MVP award after winning the league’s Comeback Player of the Year honor in 2021.

The Bengals’ offense arguably features the scariest trio of receivers in the NFL and Burrow is the appropriate signal-caller to take full advantage of their abilities. Ja’Marr Chase quickly established himself as one of the league’s most promising young talents in 2021 on the back of a historic rookie campaign. Tee Higgins and Tyler Boyd are fellow pass-catchers that could surpass 100 receiving yards on any given Sunday. Running back Joe Mixon is a talented dual-threat playmaker that helps make Cincinnati’s offense extremely difficult to defend against. The Bengals are going to be legit in 2022 while proving last year’s newfound success wasn’t a fluke.

Furthermore, general manager Duke Tobin spent the offseason upgrading Cincinnati’s Achilles heel, a.k.a. the offensive line. The additions of Alex Cappa, Ted Karras, and La’El Collins should help keep Burrow upright while allowing him to pepper his abundance of options with targets.