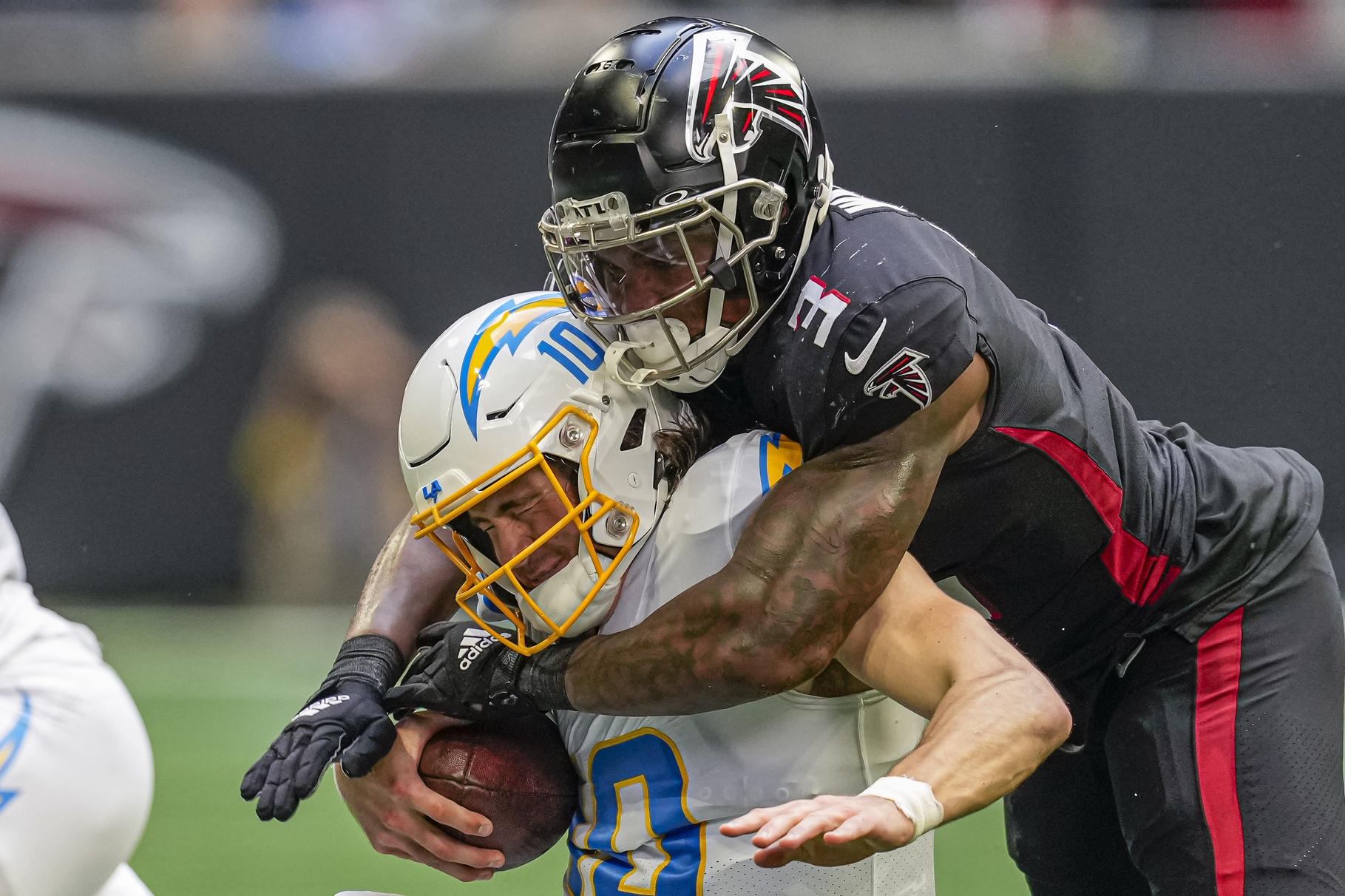 3 NFL Teams With Winning Records That Could Miss Playoffs

Week 10 begins on Thursday night with the Carolina Panthers battling the Atlanta Falcons. The 2022 NFL regular season is swiftly approaching the back half of the season. The contenders are beginning to separate themselves from the pretenders.

Postseason races are fierce in both the AFC and NFC. The wild-card picture is particularly cluttered with hopeful franchises. Not all organizations are created equal despite their current success, however. We’ve swiftly identified three teams who currently possess winning records that are in danger of missing the postseason altogether.

The new-look AFC East may be the NFL’s most surprising and heartwarming storyline of the 2022 campaign. All four participants currently possess winning records. The 5-4 New England Patriots sit at the bottom of the division and are in clear danger of missing the playoffs despite their above-.500 standing.

The Buffalo Bills remain the class of the division. The 6-3 Miami Dolphins appear postseason bound with a healthy Tua Tagovailoa. Tagovailoa is taking full advantage of his high-level offensive weapons. Superstar receiver Tyreek Hill is on pace for a 2,000-yard season and Offensive Player of the Year honors. Pairing Hill alongside Jaylen Waddle gives the Dolphins the most fierce one-two punch at receiver across the entire NFL. The pesky 6-3 New York Jets have secured victories in five of their last six. Head coach Robert Saleh has his Jets surging.

The Patriots are currently 1-1 in the division. Their remaining four divisional contests will ultimately determine their fate. Week 17 and 18 dates with the Dolphins and Bills loom especially large.

The 5-4 Cincinnati Bengals possess multiple personalities. The Bengals were embarrassed by the lowly Cleveland Browns in Week 8, having been defeated 32-13. Zac Taylor’s Bengals responded in an appropriate fashion by dominating the Carolina Panthers 42-21 the following week. Continued inconsistencies could place the Bengals at risk of being on the outside looking in. Could last season’s AFC champions miss the postseason altogether?

As things stand, the Bengals are actually on pace to miss the playoffs. They’re currently the conference’s ninth seed in a seven-team playoff system. The Bengals have some catching up to accomplish if they’re to salvage their uneven campaign.

Joe Burrow misses superstar wide receiver Ja’Marr Chase, who remains on the mend. The Baltimore Ravens are the AFC North favorite. A regular-season finale against a Ravens squad that won the first meeting may determine Cincinnati’s January positioning.

The 2022 campaign hasn’t gone according to plan for the Los Angeles Chargers. A squad that was prematurely crowned as legitimate Super Bowl favorites during the pre-season, the Chargers have disappointed in multiple facets. Their envisioned high-octane offense hasn’t come to fruition. Justin Herbert isn’t an MVP candidate and the Chargers are scoring a rather middling 23.0 points per contest (ranked 13th in the NFL).

Things are somehow even worse defensively. Head coach Brandon Staley is a defensive-minded leader, but the Chargers are allowing a whopping 25.8 points per game. Only the Arizona Cardinals (26.8) and Detroit Lions are worse in that department (29.3). What makes matters worse is that general manager Tom Telesco invested heavily in the defensive side of the ball during the offseason. High-priced acquisition J.C. Jackson was in abysmal form before suffering a serious season-ending knee injury.

The Chargers currently possess the seventh and final playoff spot in the AFC. They don’t appear capable of competing with the Kansas City Chiefs for the AFC West title. A team like the Patriots or Bengals could eventually dethrone the Chargers’ risky playoff positioning.