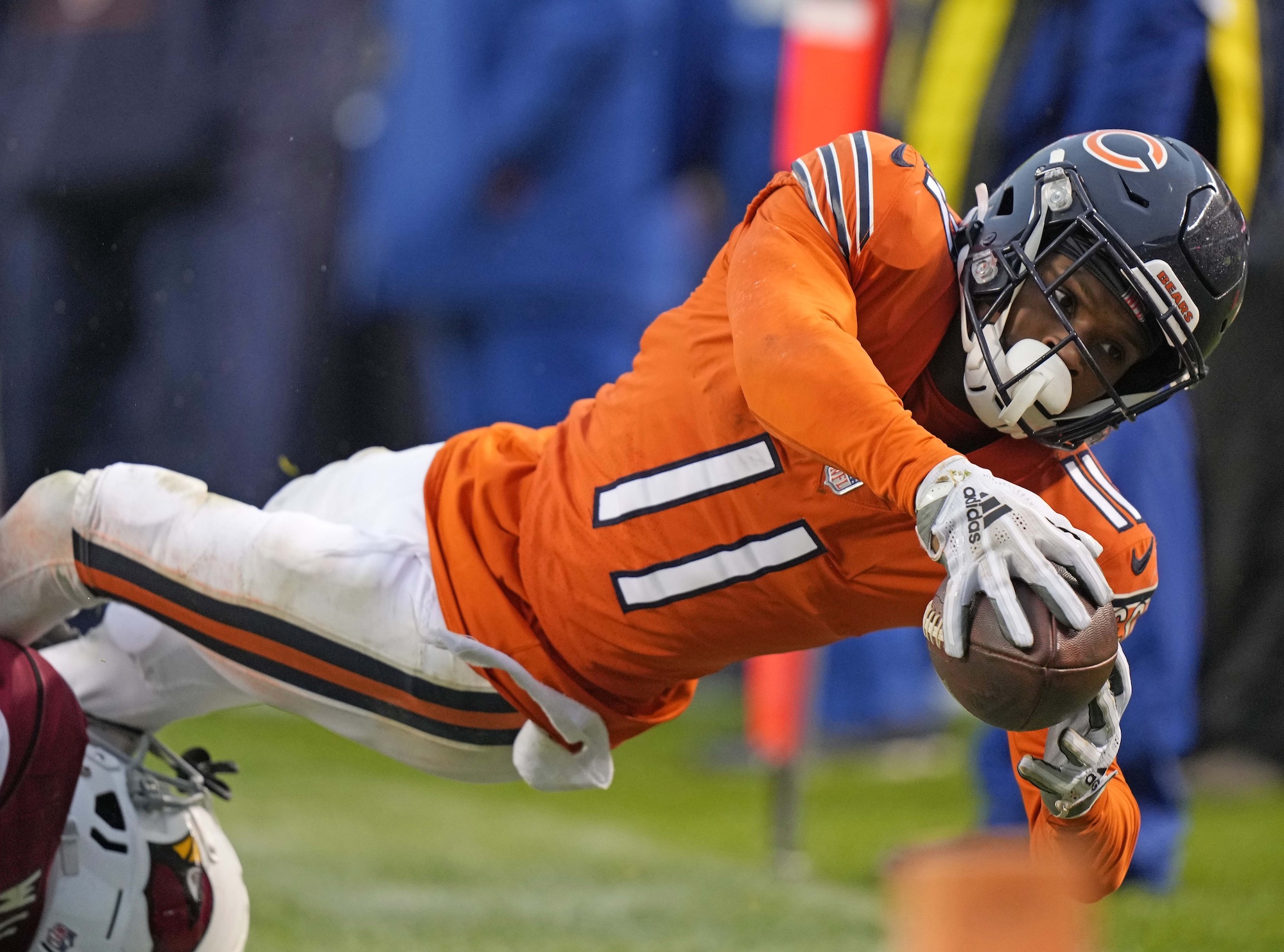 The 2022 NFL Scouting Combine is underway and with it comes the hyperfocus on player traits: height, weight, speed, burst, blah, blah, blah. The list of boxes teams try to check in the week of underwear Olympics is a long one, but there’s a critical attribute that can’t be measured by a stopwatch, scale, or bench press: heart. Chicago Bears wide receiver Darnell Mooney is the perfect example of a player who didn’t wow scouts while dressed in a t-shirt and shorts during his 2020 combine appearance. He weighed just 176 pounds—at 5-foot-10—and despite blazing a 4.38 40-yard dash and having top-shelf tape from his days at Tulane, he fell to the fifth round of the NFL draft; he was the 24th wide receiver selected. All because he was… small. Yet, as Mooney enters his third year in the NFL, he’s developed into one of the game’s most exciting young playmakers at his position. If the league had a chance to redo the 2020 draft, there’s no doubt Mooney would be selected ahead of players like Jalen Reagor (a first-round pick), Laviska Shenault (a second-round pick), and Devin Duvernay (a third-round pick). In fact, there’d be only a handful of wideouts from that extremely talented draft class who’d be picked before him. So, what’s the secret to Mooney’s early-career success? According to general manager Ryan Poles, it’s his passion—his desire to be great. “He’s got a quiet confidence about him,” Poles said Tuesday from the NFL Scouting Combine in Indianapolis. “He’s hungry to be special. I’m always looking for guys that, they just raise their own bar in terms of where they want to go.  “He wants to be special. You can feel that in him. I think we’ve all been around people that want to be the absolute best they can be and it’s contagious and it gives you energy. It gives you hope.” That ‘want to be special’ is something that no drill will reveal over the next week of sprints, jumps, and loops around little cones. Sure, we’ll react in real-time to the players who star on the turf at Lucas Oil Stadium, but Mooney is an important lesson that can’t be forgotten.  Prospects who check in smaller than expected, who run a tick slower than predicted, or fall short of that explosive broad jump aren’t doomed. They aren’t suddenly bad at football or unworthy of a high draft pick. Instead, they may just be… football players. Guys who want to be great at football; who want to be leaders on and off the field. The NFL Scouting Combine is, admittedly, a really fun event. It helps fill the early reality of Sundays without football. But it isn’t an exact science, and as Mooney has proven by overcoming his near-reject physical stature, next year’s football Sundays will be full of highlights made by players who disappoint this week.