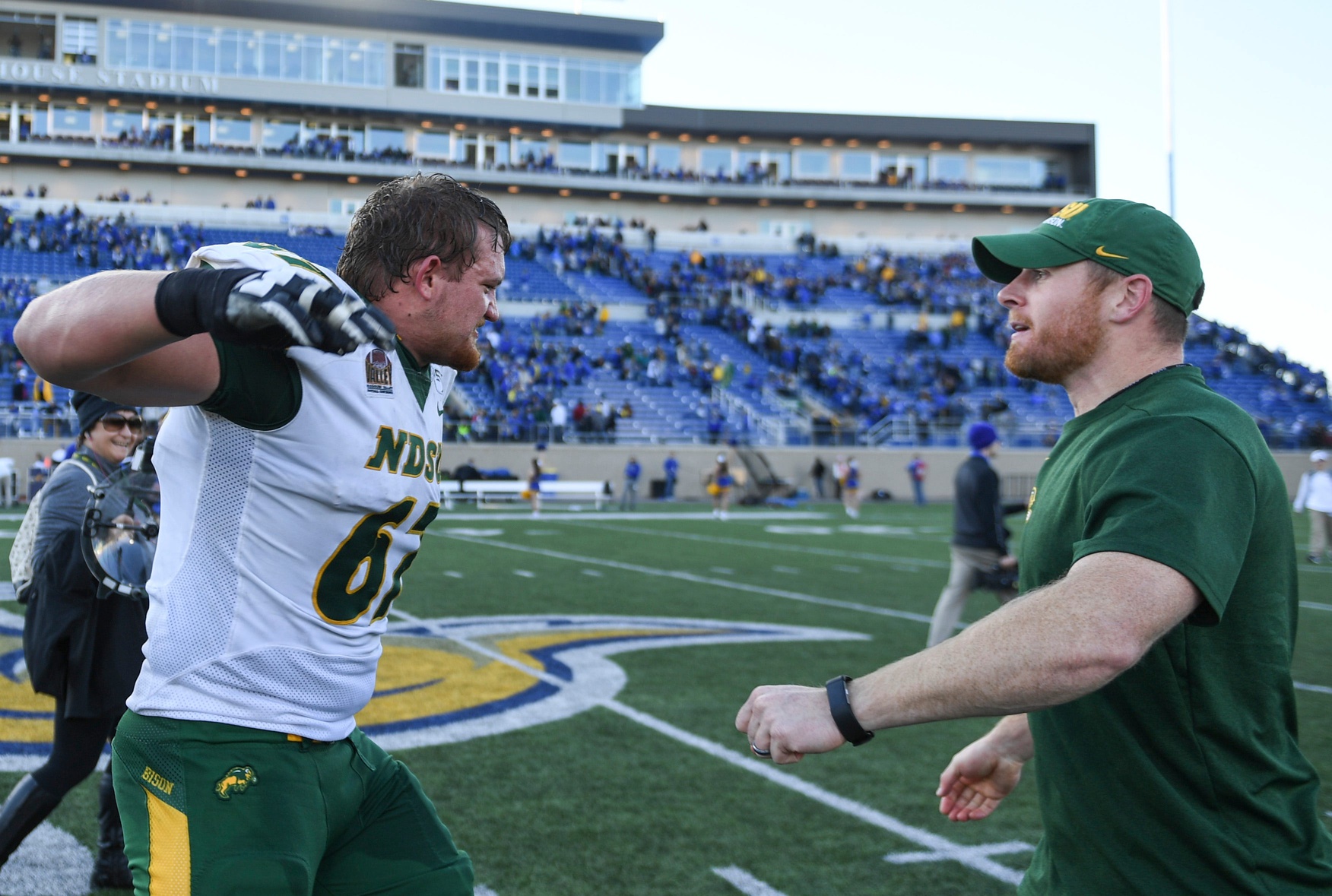 5 Things We Want To Learn At 2022 NFL Scouting Combine

As the offseason continues and #DraftSzn begins, there will be an increasing number of chances for prospective draftees to show off their talents to NFL scouts. One of the biggest draft events of the year, the NFL Scouting Combine, begins in Indianapolis on Tuesday. Here are the five things I want to learn at the 2022 NFL Scouting Combine. 1. How does EJ Perry compare to his QB peers? EJ Perry was one of the biggest success stories of this year’s Shrine Bowl. He arrived in Las Vegas in late February as an unheralded quarterback prospect out of Brown University. Perry was the only quarterback from both the Shrine and Senior Bowls from an FCS school, and he began his time at the Shrine Bowl without an invite to this year’s NFL Combine. By the time his week was over, not only had Perry secured an invite to the combine, but he’d also earned the East Team’s Practice Player of the Week honors and Shrine Bowl Offensive MVP. What I’m interested in seeing is how his measurables will compare to those of the other quarterbacks in this draft class. One of Perry’s demonstrated skills in Las Vegas was his mobility, so I’ll be curious to see if he’s especially fast or agile compared to other quarterbacks. Of course, it’ll be interesting to see if he manages to turn any heads when he puts his arm strength on display as well. 2. How does Kyle Philips stack up compared to other receivers in the class? If anyone “won” the 2022 Shrine Bowl, it was UCLA wide receiver Kyle Philips. By the end of his week in Las Vegas, he had turned just about every head that he could have. Philips showed an incredible ability to create separation off the line of scrimmage. He was also skillful in adjusting his routes and body to secure the catch anywhere on the field. He won just about every one-on-one rep he had and looked uncoverable in team drills. The biggest question then is how Philips’ speed, agility, and lower-half explosiveness will compare to that of his peers. I’m not expecting him to look as fast as Calvin Austin III nor as explosive as Drake London, but after his performance at the Shrine Bowl, I’m expecting solid results all around. 3. Will Cordell Volson’s measurables be as impressive as his Shrine Bowl performance? Cordell Volson was a 41-game starter over the last three seasons at North Dakota State, and almost all of those starts came at right or left tackle. However, during his week at the Shrine Bowl, Volson showed off his versatility at playing any position along the offensive line by taking some high-quality reps at guard all week. He was able to handle both defensive tackles and ends in one-on-one drills, and he continued to show off his talent and strength in team drills. There wasn’t any reason to be concerned about the competition he faced at the FCS level either. His size speaks for itself, and he handled even the best competition—namely, Notre Dame’s Myron Tagovailoa-Amosa—in Las Vegas. The only question now is just how strong is the North Dakota State prospect? Volson may not be quite as big as guys like Daniel Faalele or Jordan Davis, but he looked plenty strong when he was stonewalling defenders at the Shrine Bowl. If his performance in Las Vegas wasn’t enough to turn heads, a solid showing at the combine this year would help. 4. Which quarterback will stand out? Ryan Fowler listed the quarterback position as a whole with the most to gain at this year’s NFL Scouting Combine, and it’s easy to see why. There’s no clear QB1 in this year’s draft class, which only makes each of their performances in Indianapolis that much more interesting. Malik Willis was one of the most dynamic players at this year’s Senior Bowl, and his raw athleticism alone makes him an intriguing prospect. Kenny Pickett was consistent in Mobile, but there are questions about how much his hand size will affect his performance at the next level. Matt Corral is another top name in this class, but he didn’t get the chance to show off his abilities at the Senior Bowl. Other guys like Sam Howell, Desmond Ridder, Carson Strong, and Bailey Zappe will all get the chance to further impress scouts in Indianapolis this week. Even some signal-callers whose talents are less known like Perry or Southeastern Louisiana’s Cole Kelley could turn heads with a strong showing at the combine. The race for QB1 will continue, and we may have a much better idea of who will be first off the board by the end of next week. 5. Which player will surprise us? There’s got to be at least one. By the end of the week, there’s going to be at least one player who wows scouts and reporters alike with their showing at the combine. A couple of years ago, we got to see Lenoir-Rhyne safety Kyle Dugger impress as a D-II athlete, and it culminated in the Patriots taking him early in the second round of the 2020 NFL Draft. A surprise performance doesn’t have to come from a safety out of a D-II school though. We might just see one of the top running backs or receivers stand out above all of their competition. Maybe someone whose talents were relatively unknown puts on a show for the scouts in Indianapolis. Regardless of who it is, I’m very excited to see someone surprise us all and raise his draft stock in turn.