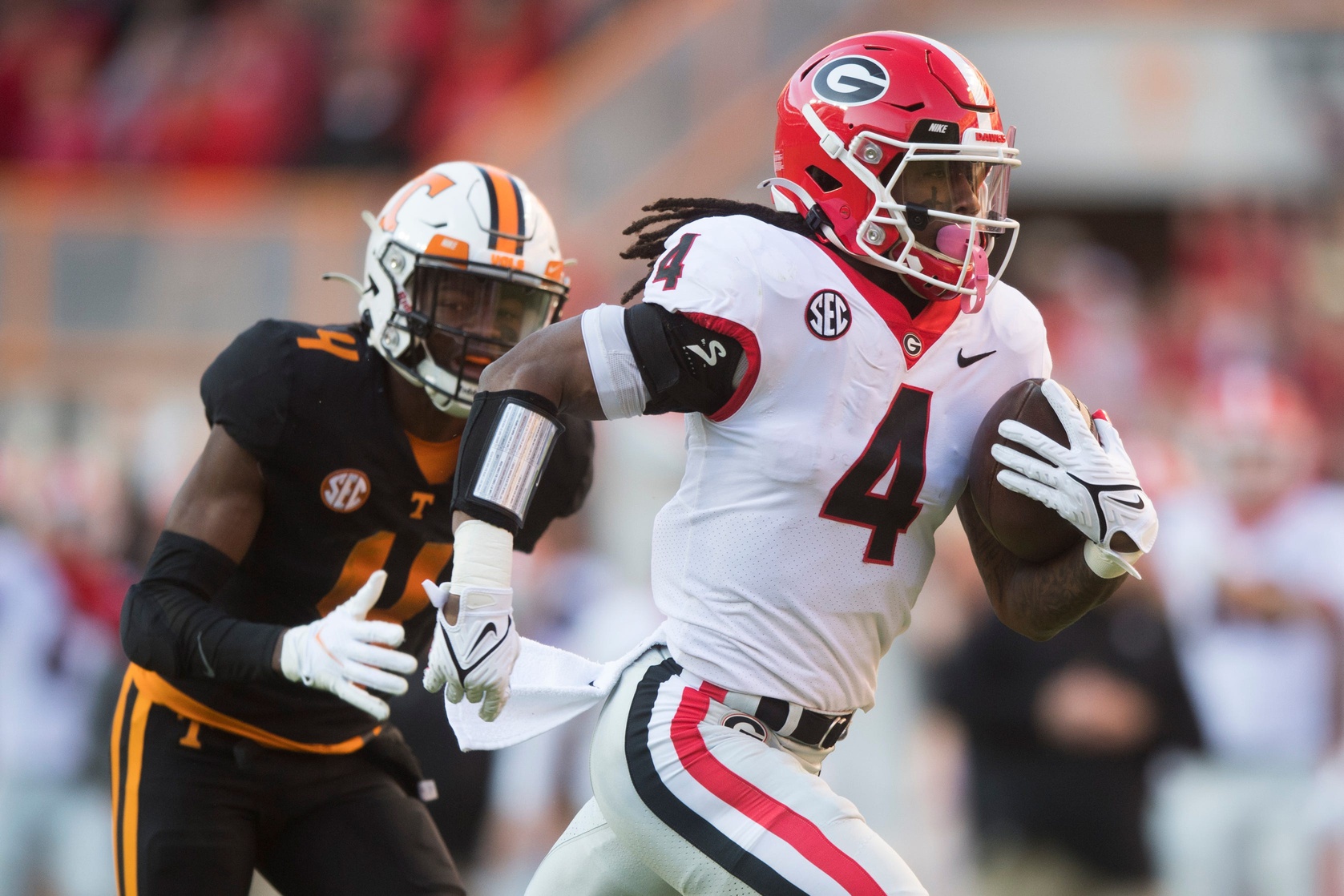 Players With Most To Gain At 2022 NFL Scouting Combine

The final time for players to showcase their athletic traits to NFL teams, the annual NFL Scouting Combine is less than a week away. While there are prospects that will both improve and hinder their draft stock, here are a few athletes with the most to gain as the eyes of football fall on Indianapolis.

A 6-foot-3 blend of athleticism and cover skills, Tariq Woolen has the chance to win the combine if he tests like we expect him to. A standout at the Senior Bowl in Mobile, with nearly 34-inch arms and an outstanding ability as both a man and zone corner, if he runs in the low 4.3s or high 4.2s—a range he mentioned to me is his strikezone—his stock will skyrocket. One of the most gifted athletes in the entire class, Woolen was the fastest player ever recorded in the Senior Bowl’s history and will present a team with the potential steal of the draft if he’s able to put everything together.

Regardless of how they’ll look slinging the rock around in a t-shirt and shorts, where every guy should be able to deliver the ball accurately and with zip without defenders lurking, the interview process will be the talk of the week as the race for QB1 enters fifth-gear. From the headliners in Kenny Pickett, Malik Willis, and Matt Corral, to the more unknown talents of Brown’s E.J. Perry and Southeastern Louisiana’s Cole Kelley, nailing the interview process will remain paramount for each signal-caller to separate themselves from the pack.

A talent expected to thrive at the Senior Bowl before opting out to prepare for Indianapolis, the combine presents a massive opportunity for James Cook to solidify himself as one of the true game-changing ball-carriers in the class. The younger brother of Minnesota Vikings standout Dalvin Cook, an elite 40 time and a display of explosive feet in positional drills will see James’ stock rise. For Dameon Pierce, one of the most underused running backs in the country during his time as a Gator, the combine presents him the opportunity to potentially challenge for the RB1 spot. A well-built talent with three-down versatility, his anchor in pass pro shined above all in Mobile, presenting teams with a well-rounded ball-carrier with bellcow potential at the next level.

The combine is the ultimate platform for the most gifted of athletes, and Troy Andersen fits the mold to a T. The Big Sky Defensive Player of the Year this fall and a finalist for the Buck Buchanan Award—given annually to the FCS’ top defensive player—Andersen provides an intriguing mix of violence, range, and football IQ from his days as a quarterback to read and dissect plays before they ever get out of the starting gate. An outstanding blitzer off the edge, his profile at the NFL level, ideally, could see him slot on the outside due to his innate ability to consistently fire downhill and win in the open field in the run when faced with one-on-one situations against quicker ball-carriers. With excellent burst, clean feet, and an athletic profile rivaled by few on the defensive side of the ball, he will shine.

After getting live eyes on Colorado State’s Trey McBride in Mobile, who was looked upon as the class’ de facto TE1, watching Jeremy Ruckert compete in a similar atmosphere showcased a pass-catcher with clean hands and smooth route-running, and a run blocker with the ability to move bodies vertical in the ground game. While he lacks the dynamic athletic profile to that of Coastal Carolina’s Isaiah Likely or Maryland’s Chigoziem Okonkwo, another positive showcase will etch his name in as a day-two pick.