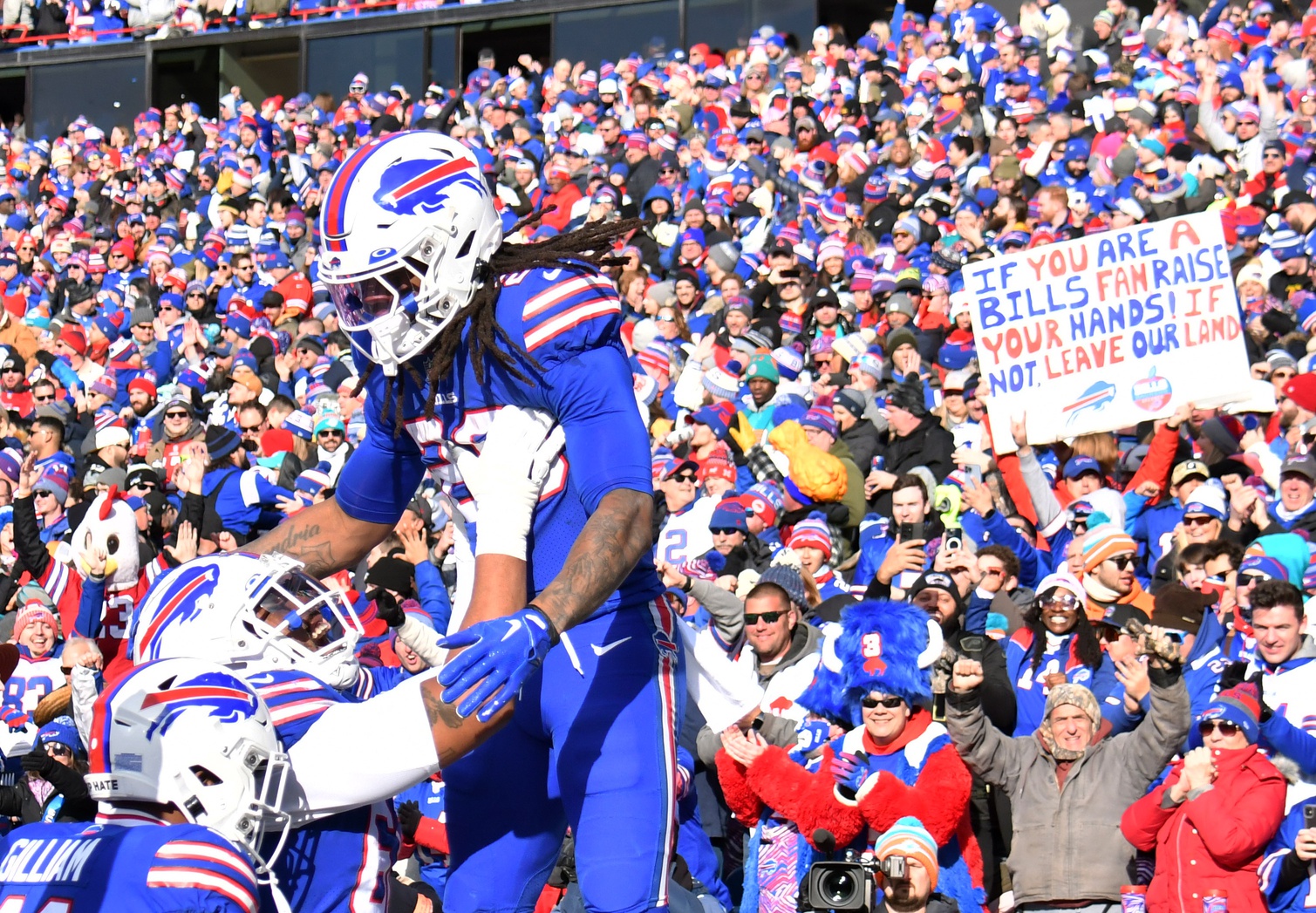 NFL Rookies Will Have Major Impact In Divisional Round

Several impressive NFL rookies will receive opportunities to make an impact throughout this weekend’s divisional round contests. Postseason survivors such as the Buffalo Bills, Kansas City Chiefs, New York Giants, San Francisco 49ers, Jacksonville Jaguars, and Cincinnati Bengals all possess first-year players that will be crucial to their efforts to reach the NFC and AFC Championship games. We’ll be monitoring their performances closely.

Sunday’s showdown between the Bengals and Bills is the most appetizing contest. Two high-octane offenses will take the field as Joe Burrow and Josh Allen have positioned their squads as Super Bowl favorites. Bills rookie cornerback Kaiir Elam will be tasked with slowing down the likes of Tee Higgins, Ja’Marr Chase, and Tyler Boyd.

Elam was excellent against the Miami Dolphins on wild-card weekend. Elam allowed just one reception on four targets for a stingy gain of two yards, per Pro Football Focus. Elam also recorded his first career postseason interception. But Burrow represents a different challenge altogether than Elam faced from Dolphins rookie quarterback Skylar Thompson. Elam’s form will be tested against the Bengals.

The Bengals have two rookies of their own that will play starring roles against the Bills. Rookie cornerback Cam Taylor-Britt played 66 snaps in Cincinnati’s wild-card victory over the Baltimore Ravens. Taylor-Britt didn’t allow a reception on two targets. First-year guard Cordell Volson allowed one ]pressure against the Ravens, per PFF. Volson will attempt to slow down a fierce Bills pass rush that sacked Thompson on four occasions.

Rookie Giants EDGE Kayvon Thibodeaux has been in outstanding form. Thibodeaux was an X-factor in the Giants’ wild-card upset road victory over the Minnesota Vikings. Thibodeaux routinely made Kirk Cousins uncomfortable by totaling three pressures, two hurries and one quarterback hit. The Giants will require a big-time performance from Thibodeaux if they’re to upset Jalen Hurts and the one-seed Philadelphia Eagles this weekend.

No team enters NFL divisional round weekend as a bigger underdog than the Jacksonville Jaguars. The Cinderella Jaguars possess a never-say-never attitude and will visit Arrowhead with a quiet confidence in their abilities. Various rookies will attempt to keep the Jaguars in contention with the Chiefs.

No. 1 overall selection Travon Walker has come on strong since a slow start to his campaign. Walker recorded a season-high five pressures in Jacksonville’s historic come-from-behind victory over the Los Angeles Chargers on wild-card weekend. Walker will be critical to Jacksonville’s attempts to make Patrick Mahomes uncomfortable in the pocket. The Jaguars will be relying on several rookies, including linebackers Devin Lloyd and Chad Muma, and starting center Luke Fortner.

And finally, no rookie is writing a better storyline than 49ers quarterback Brock Purdy. The final selection in the 2022 NFL Draft, Purdy has been outstanding since replacing an injured Trey Lance and Jimmy Garoppolo. Purdy was nearly perfect from an efficiency standpoint in San Francisco’s dominant 41-23 wild-card win over the Seattle Seahawks. Purdy threw for 332 yards on 18-yard completions. Purdy’s 18.4 yards per completion was the 10th-best yards per completion among 774 quarterback playoff performances (with minimum qualifiers), per CBS Sports.

Purdy’s current form is proof that NFL rookies can help an organization win a Super Bowl. This weekend’s festivities will showcase dozens of first-year talents. Don’t be surprised if they directly impact the outcomes.