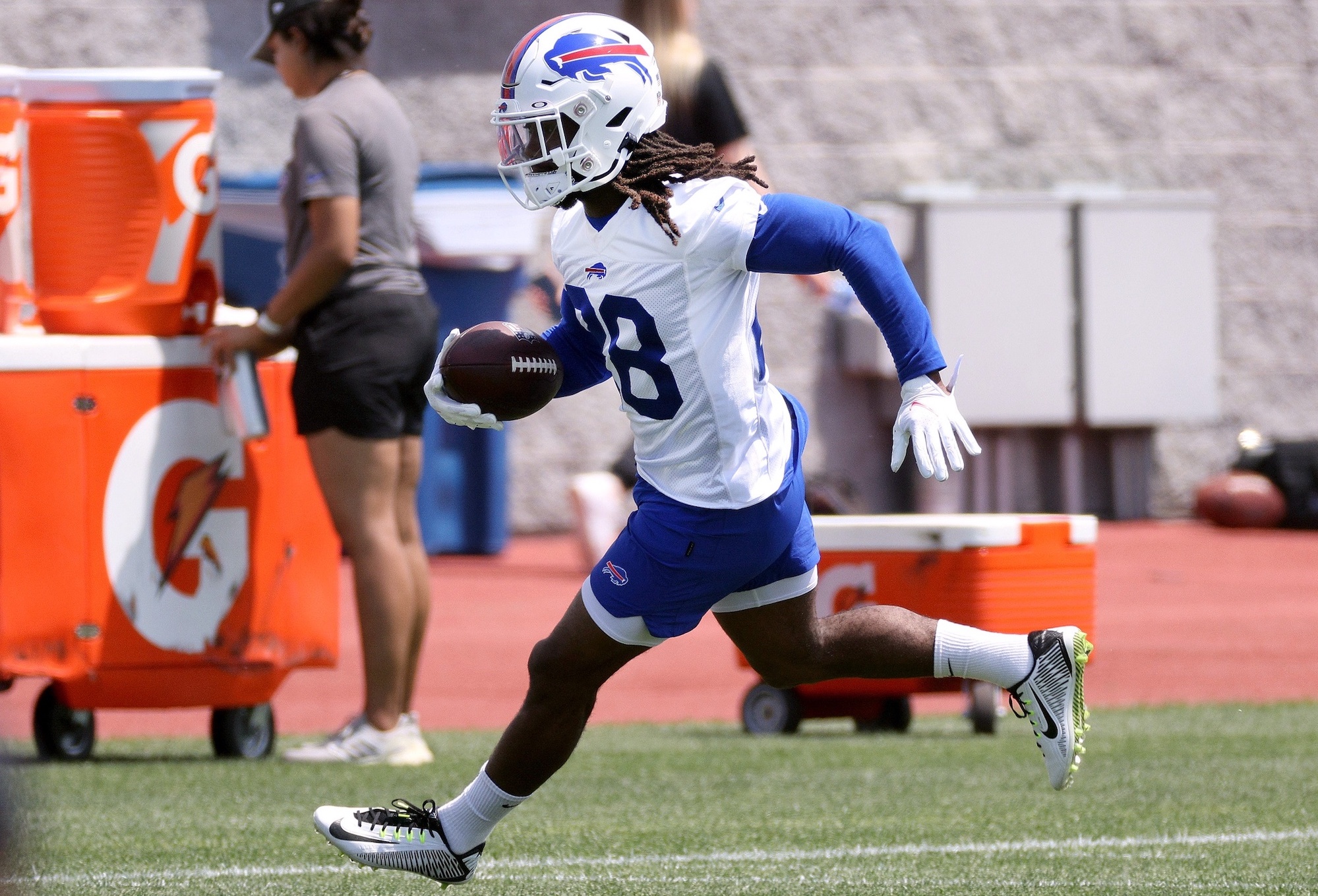 If you’ve heard it once, you’ve heard it 1,000 times: The NFL devalues the running back position. While that is true on a micro or individual level, an effective run game is far from the backburner for most of the 32 NFL teams.

Twenty-two running backs were taken in the 2022 NFL Draft. Some will walk into key roles as rookies, others will need to work their way up, and many will sit dormant for the 2022 season either on a practice squad or in free agency. Let’s explore the five rookie running backs that I believe will make the biggest impact, yards-wise, this season. Please note that this list is ordered by the number of rushing yards and “carry share” refers to an entire team’s rushing output (that includes quarterbacks).

Although Breece Hall received some first-round buzz late in the 2022 NFL Draft process, he ultimately had to wait until the fourth pick in the second round to hear his name called. The New York Jets traded up with the New York Giants to take the former Iowa State star with the No. 36 pick.

Hall jumps into the most advantageous situation volume-wise among all rookie running backs. Although he will have Michael Carter to contend with, Hall should assume the lead role right away.

Last year, Carter had an average rushing share of roughly 46.97% with Tevin Coleman receiving around a 34.16% share (when healthy). There’s little reason to believe we’ll see a huge swing in carries to only one back given Mike LaFleur’s history—be careful not to assume Carter will just go away. Carter will complement Hall in a Jets offense that wants to run the ball, but may not be able to as much as they desire.

James Cook was the third running back off the board in the 2022 NFL Draft, joining the Buffalo Bills as the No. 63 overall pick following a trade-back. Buffalo adding a rusher wasn’t surprising considering the offseason acquisition of J.D. McKissic was foiled.

Cook enters a unique situation in Buffalo. The Bills haven’t exactly produced much fantasy success for running backs in recent years and Devin Singletary’s final month of the 2021 regular season lends hope that he can be their lead back. However, the need for a pass-catching back is not only evident but foreshadowed by the attempt to land McKissic. Cook fits that role like a glove.

Cook is an excellent route-runner, is strong at tracking and catching the ball, and can pass protect enough to stay on the field to make the former two frequent possibilities. Singletary’s presence along with Josh Allen’s rushing success may make touchdowns hard to come by, but I’d be shocked if Cook didn’t have a significant role in Buffalo’s offense as a rookie.

The Seattle Seahawks surprised more than a few people when they spent their third draft pick (No. 41 overall) on a running back given their other needs and the state of the roster post-Russell Wilson. However, no one is discounting the player they chose.

Kenneth Walker III had a monster final season at Michigan State before declaring for the 2022 NFL Draft and looks to have a bright future in Seattle in due time. The issue in 2022? He’s got plenty of competition. Both Chris Carson and Rashaad Penny return for Seattle and there is no clear path to significant touches unless one (or both) gets injured. Luckily for Walker, neither has a strong history of staying healthy.

For this season, Walker will need to make the most of the opportunities he does get when either Carson or Penny are out and hope that’s enough for Pete Carroll and Co. to ride the hot hand. Walker’s situation is worth monitoring closely, but a 2023 breakout seems more likely at this point in time.

Tyler Allgeier is in a unique position as a fifth-round pick. Normally, we’d skim over running backs going outside of the top 150—only Elijah Mitchell made a major impact in year one in recent memory. However, Allgeier isn’t facing much competition on the depth chart—especially if Cordarrelle Patterson plays more as a wide receiver this year. Behind Patterson is Damien Williams… and not much else.

Allgeier’s role could grow as the season moves along and it would not be a surprise if he puts together a decent rookie season. Just don’t expect that to dissuade the Falcons from drafting a running back on the first two days of the 2023 NFL Draft.

Austin Ekeler is firmly entrenched as the Los Angeles Chargers’ starter, but there’s an open competition for the RB2 role. Isaiah Spiller is more talented than Joshua Kelley and Larry Rountree and should lock down that role by the start of the season.

While Ekeler remained healthy last season, he missed time in both 2018 and 2022 and his role is incredibly valuable/productive for whoever fills it if/when he’s out. Spiller’s pre-draft circuit didn’t do him any favors, but he was a value pick for the Chargers in the fourth round (No. 123). Whether he’s spelling Ekeler or filling in, don’t forget about Spiller this season.

Other names to Watch: