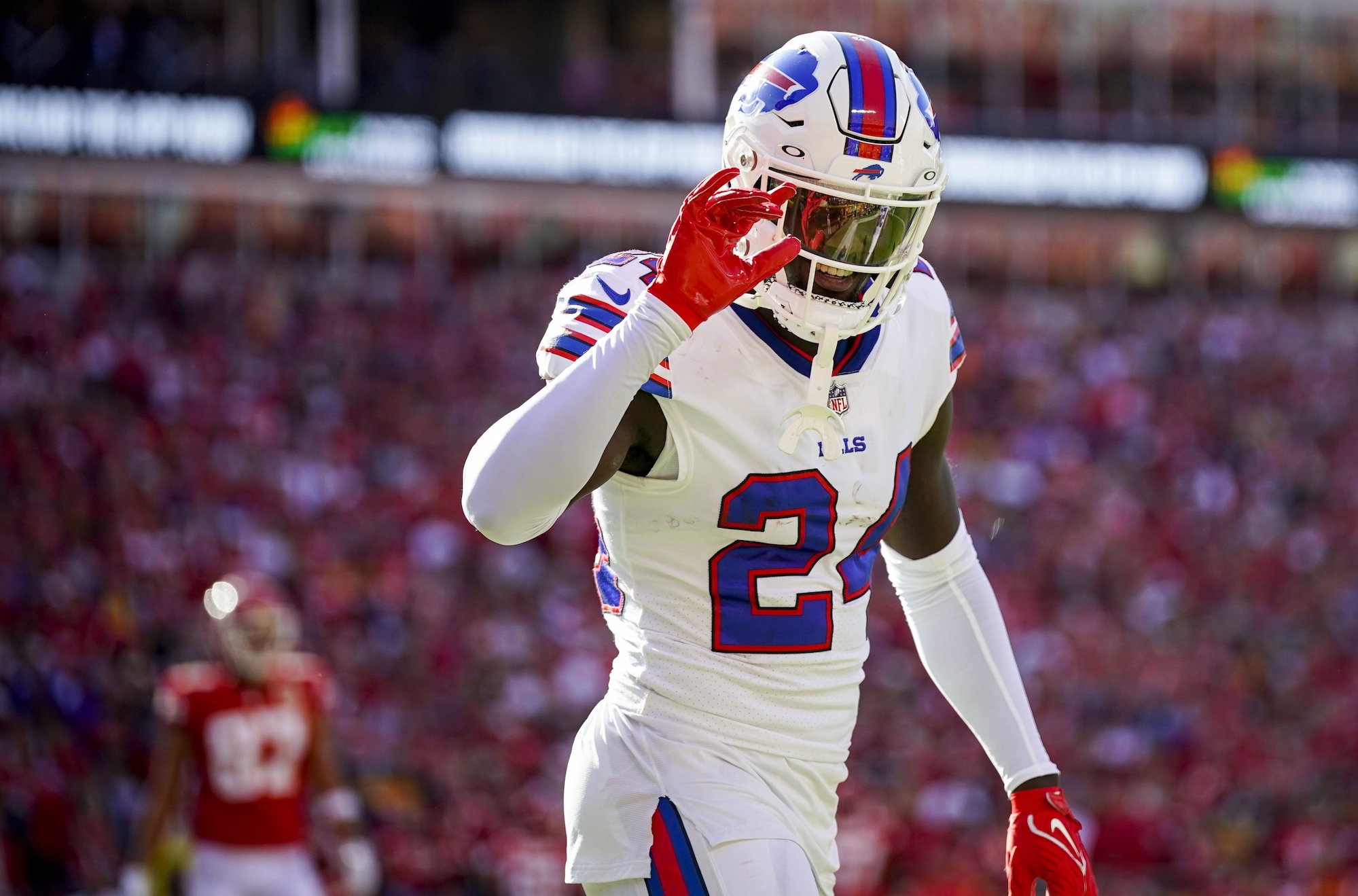 Half of the games for the 2022 NFL regular season have been played and the number of rookie cornerbacks making strong contributions for their respective teams has been impressive. While New York Jets corner Sauce Gardner and Seattle Seahawks fifth-rounder Tariq Woolen have been headliners for their early season performances, that is far from the end of the list of rookie corners who deserve recognition.

But first, let’s give Gardner and Woolen their flowers. The No. 4 overall selection, Gardner has instantly become a No. 1 corner for the vastly improved Jets defense. Gardner has locked up an impressive list of wide receivers and he’s making dynamic plays on the ball. He leads the entire NFL with 13 pass breakups to go with two interceptions. Not only is Gardner not conceding much in coverage, but he’s also forcing his share of incompletions.

Woolen has been among the best stories in the NFL. After recently converting from wide receiver to cornerback in college where he flashed high-level skill, Woolen put on a show at the NFL Scouting Combine where his elite physical traits were on full display. Woolen has collected four interceptions already this season to go with eight pass breakups, two fumble recoveries, and a defensive touchdown. He already looks like the steal of the draft.

Woolen isn’t the only rookie corner that has impressed for the Seahawks. Fourth-round pick Coby Bryant, who played opposite Gardner at Cincinnati, has emerged as a starter for Seattle and is settling in nicely in the slot.

The Tennessee Titans made Roger McCreary the No. 35 overall pick in the 2022 Draft and he’s provided an answer for their defense. Playing both from the slot and out wide, the Titans have taken advantage of McCreary’s versatility. He’s started every game for an excellent Titans’ defense and secured his first interception last week, picking off Patrick Mahomes.

One of the biggest talking points of the offseason was how the New England Patriots were going to replace J.C. Jackson and that answer has come in the form of fourth-round pick Jack Jones. While New England rotates through a number of defensive backs, Jones has been terrific when he’s had the opportunity to be on the field. Since Week 4, Jones has played the majority of the defensive snaps for the Patriots and his playmaking prowess has been evident. So far, he’s collected two interceptions, five pass breakups, a forced fumble, a fumble recovery, and scored a defensive touchdown.

The Miami Dolphins’ secondary has been banged up all season and the play of undrafted free agent Kader Kohou has helped mitigate some of those injuries. Kohou has played primarily in the slot but has also played on the outside for Miami, especially of late. Kohou has relished his opportunity to get on the field and started the last five games for the Dolphins. It’s impressive how Kohou has stood out for Miami, especially with so many moving pieces around him.

The Kansas City Chiefs are once again Super Bowl contenders and they will make this run while relying heavily on three rookie cornerbacks. First-round pick Trent McDuffie had an early season injury but was strong in Week 1 and returned to play at a high level in Week 9. His return prompted the Chiefs to trade away veteran Rashad Fenton. Fellow rookies Jaylen Watson and Joshua Williams have also held their own for the Chiefs. Watson, a seventh-round pick, has started five games and Williams has delivered some impressive flashes when sprinkled into the lineup.

The Buffalo Bills once again have a top-tier NFL defense and that’s with quality contributions from two rookie corners in first-rounder Kaiir Elam and sixth-round pick Christian Benford. Elam has started the last six games and has conceded little in coverage while hauling in two interceptions, one of them coming against Mahomes in the end zone. Benford initially beat out Elam for the starting job as the duo has mostly platooned this season. While Benford doesn’t have the splashy ball production yet, he has covered like a veteran and has allowed very little production against his coverage.

Derek Stingley Jr. was the No. 3 overall selection by the Houston Texans and he started every game to begin his NFL career. While he hasn’t been as flashy as the likes of Gardner and Woolen, Stingley is gaining valuable playing time as Houston sorts things out around him.

The injury to Ronald Darby cleared the path for Damarri Mathis to start for the Denver Broncos and he’s held his own. A fourth-round pick out of Pittsburgh, Mathis could prove to be the long-term solution across from standout Patrick Surtain II.

Cleveland Browns third-round selection Martin Emerson made his presence known in Week 8 on Monday Night Football against the Cincinnati Bengals. Emerson is playing confident and physical football and has collected five pass breakups over the last four games, starting the last three.

Chicago Bears second-round pick Kyler Gordon has played 99% of the defensive snaps so far this season. While his play has been uneven, he is gaining valuable experience as part of an overall youthful defensive unit. Gordon has played both from the slot and out wide for Chicago.

A name to keep an eye on moving forward is Cam Taylor-Britt of the Cincinnati Bengals. Taylor-Britt returned from his own injury to fill in for injuries to starters Eli Apple and Chidobe Awuzie. Taylor-Britt has started the last two games for the Bengals and should see plenty of playing time the rest of the way.

Nine corners were drafted among the first 60 picks of the 2022 NFL Draft. And while a good number of them have immediately provided an impact, the amount of corners outside the early selections that are making positive contributions has 2022 shaping up to be the year of the rookie cornerback.