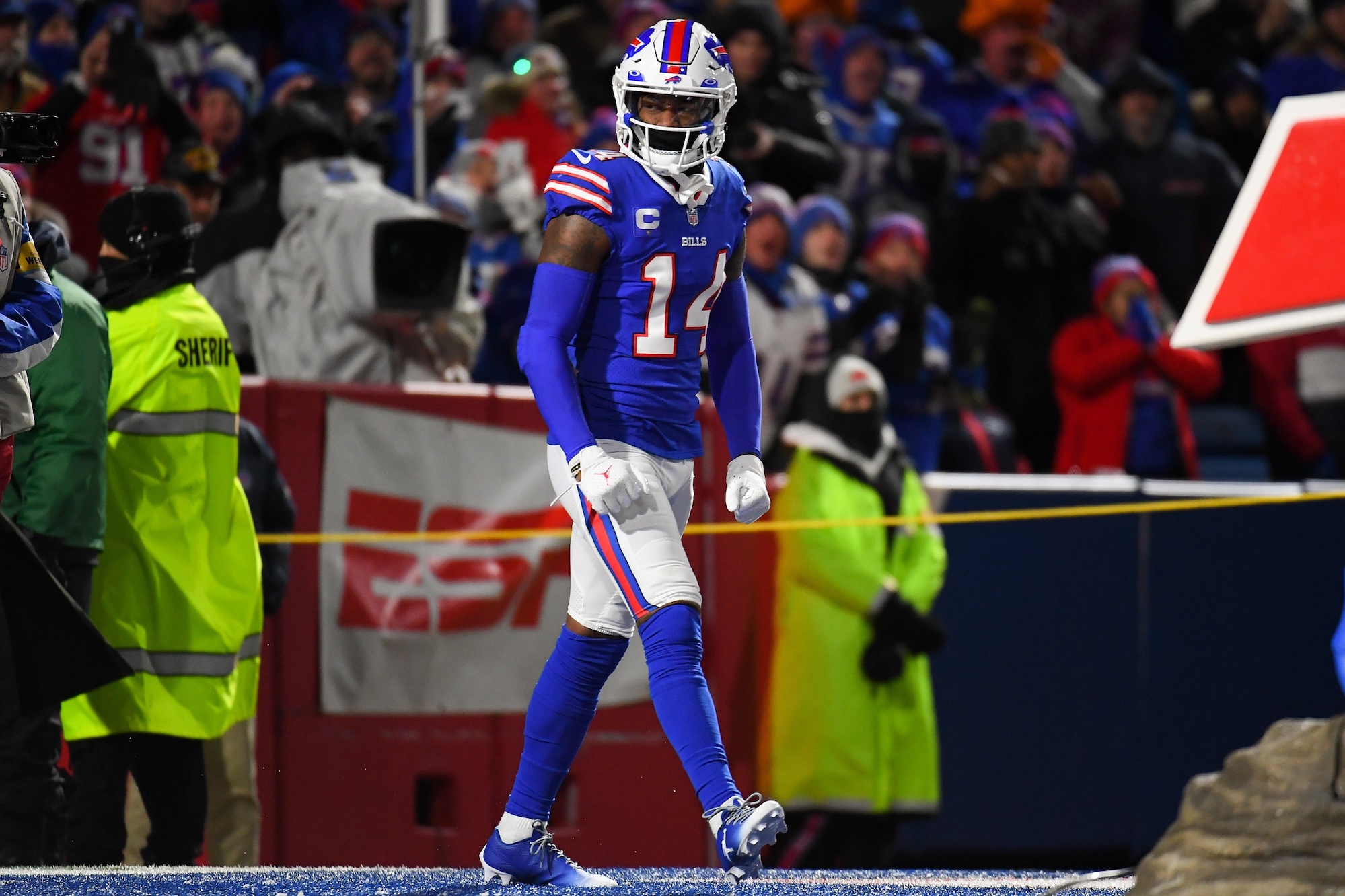 Today’s NFL offenses are passing the football more than ever before, making the overall identity of the league a pass-happy one. The wide receiver market has been completely flipped on its head this offseason as an appropriate response to the requirement to roster various high-level, game-changing receivers.

Several of last season’s most successful passing attacks qualified for the postseason, including the league-leading Tampa Bay Buccaneers, who passed for 307.6 yards per contest. Super Bowl LVI was decided between the Los Angeles Rams and Cincinnati Bengals, both of which finished the regular season as top-10 passing offenses. Productive passing offenses breed postseason success.

A number of elite pass-catchers are capable of leading the NFL in receiving yards this coming season. The current favorite is Rams superstar Cooper Kupp, who captured his first receiving yards title last season by accounting for 1,947 yards. Several worthy contenders promise to threaten Kupp’s throne in 2022.

The NFL futures prop betting landscape for this campaign’s 2022 receiving yards leader is officially starting to take shape. BetOnline has already updated the exciting odds. The top 10 shakes out as follows:

Last season’s receiving yards leader exploded out of his shell in Sean McVay’s high-octane passing offense and it’s easy to understand why the oddsmakers feel comfortable siding with Kupp’s chances of repeating last year’s success. A highly effective route-runner that displayed immediate chemistry with starting quarterback Matthew Stafford, Kupp appears primed for another monstrous campaign in 2022 as the Rams prepare to defend their Super Bowl title. Kupp makes this offense tick while dominating from an increasingly important slot position.

It is worth monitoring how Los Angeles’ offseason acquisitions impact Kupp’s target share. Rams General Manager Les Snead made a sizable splash by signing Allen Robinson II to a three-year contract worth more than $46 million. A three-time 1,000-yard receiver, Robinson will play a starring role on the boundary while undeniably commanding an abundance of weekly targets. Furthermore, three-time Pro Bowl receiver Odell Beckham Jr. remains an unrestricted free agent. Beckham is expected to eventually re-sign with the Rams. Beckham could average roughly eight targets per game in 2022.

This may qualify as a bold selection for some, but I’ll stand by it. Buffalo Bills superstar receiver Stefon Diggs finished the 2021 campaign with 1,225 receiving yards, precisely 722 yards short of the league-leading Kupp. I’m forecasting an uptick in production for Diggs, who has routinely combined with MVP-candidate quarterback Josh Allen to form one of the league’s scariest quarterback-receiver pairings. The former Maryland standout is undeniably the No. 1 receiver in a dominant Bills passing offense that should average more passing yards per contest in 2022 than they did in 2021 (252/game).

Gabriel Davis carries the appearance of a No. 2 receiver that’s ready to experience a breakout season, but Buffalo’s offseason dealings signal a potential increase in targets for Diggs nonetheless. Bills General Manager Brandon Beane released Cole Beasley earlier this offseason and Emmanuel Sanders remains an unrestricted free agent. Beasley and Sanders combined to average north of 12 targets per contest last season. Although some of those new-found targets will be spread around to new acquisitions such as Jamison Crowder and James Cook, plus a heavier workload for Davis, Diggs is likely to serve as the biggest benefactor. Diggs could surpass 1,500 receiving yards in 2022.

A WORTHY NO. 1 CONTENDER: JUSTIN JEFFERSON

The oddsmakers view Minnesota Vikings wide receiver Justin Jefferson as the biggest threat to Kupp’s chances of repeating. Jefferson finished second behind Kupp last season while accounting for 1,616 receiving yards. It represented an appropriate sophomore campaign after Jefferson set the NFL single-season record for the most receiving yards by a rookie in 2020 by totaling 1,400 yards as a first-year pass-catcher. Jefferson continues to get better and better, and a career-best campaign in 2022 appears on the horizon.

New Head Coach Kevin O’Connell is an offensive-minded leader that is expected to introduce an offensive system that’s awfully similar to what McVay runs in Los Angeles. O’Connell has plenty of previous experience with the scheme that helped Kupp lead the NFL in receiving last season. It’s a receiver-friendly system, and a similar uptick in Jefferson’s projection is realistic. The Vikings didn’t draft a receiver until the sixth round (Jalen Nailor) and also lost receiving tight end Tyler Conklin in free agency. Look for Jefferson to continue his ascension in 2022.