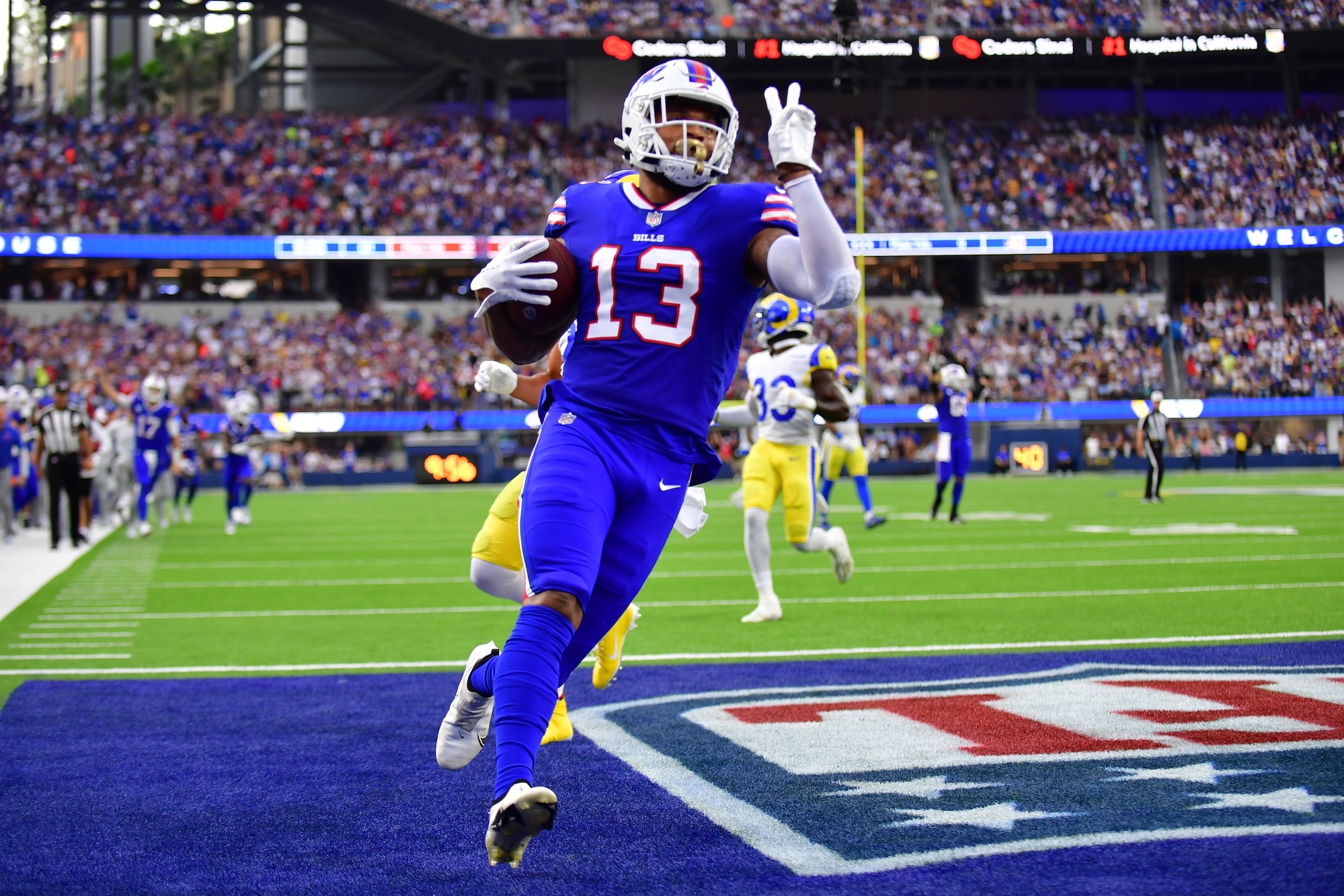 3 NFL Players With Most To Prove On Saturday

The NFL Week 15 schedule features a rare trio of contests on Saturday, Dec. 17. The action begins at 1:00 p.m. ET with the Indianapolis Colts taking on the Minnesota Vikings. A worthy follow-up contest is on deck between the Baltimore Ravens and Cleveland Browns. The NFL saved the best for last with the Miami Dolphins traveling to Buffalo to lock horns with the Bills at 8:15 p.m. ET.

Several standout talents will feature under the bright lights of primetime. Many of them have enjoyed less-than-desirable campaigns or lackluster late-season stretches. We’ve swiftly identified three players who must end their current struggles.

Bills No. 2 wide receiver Gabe Davis was largely viewed as a breakout candidate ahead of the 2022 campaign. It hasn’t exactly worked out that way. Davis burst onto the scene with a historic four-touchdown performance against the Kansas City Chiefs in last season’s instant-classic postseason meeting, but Davis has somewhat failed to carry that momentum over into his third campaign.

Davis has recorded 38 receptions for 696 receiving yards and six touchdowns. Davis and superstar quarterback Josh Allen hasn’t always showcased the desired chemistry. The former UCF standout has been rather inefficient, hauling in just 53.5% of his targets (71). Davis has surpassed 100 receiving yards on just one occasion this season. He’s been held to 38 or less receiving yards in seven of 12 appearances.

Davis was supposed to thrive while being placed in advantageous matchups opposite Stefon Diggs. Davis hasn’t maximized those opportunities. Davis has plenty to prove against the Dolphins on Saturday.

Kirk Cousins is actually coming off what was arguably his most impressive individual performance of the season. Cousins completed 31-of-41 passing attempts for 425 yards and two touchdowns in a losing effort against the Detroit Lions. It marked a season-high in passing yards for Cousins, and his 75.6% completion percentage was his third-highest output of the campaign.

So what does Cousins have to prove against the Colts on Saturday? Minnesota’s starting signal-caller has often been criticized for his failure to consistently string together impressive performances. Cousins’ overall effectiveness generally remains in question. His presence has many wondering if the 10-3 Vikings are legitimate postseason contenders or paper-thin pretenders.

The Colts’ passing defense presents a stiff test for Cousins. Gus Bradley’s secondary is allowing just 188.6 passing yards per contest. They’re the third-ranked passing defense across the NFL. The onus is on Cousins to prove his naysayers wrong. Peppering Justin Jefferson and T.J. Hockenson with targets could be Cousins’ winning strategy.

Dobbins finally broke out in last weekend’s victory over the Pittsburgh Steelers. Dobbins rushed for 120 yards and a touchdown on 15 carries. Dobbins looked like his vintage self. The former Ohio State product averaged an explosive 8.0 yards per carry and ripped off a 44-yard gain. It was Dobbins’ first 100-yard performance of the campaign. Dobbins’ previous season-high was a measly 44 yards in an early October win over the Cincinnati Bengals.

The Ravens will be hoping Dobbins can build on that performance. Baltimore’s run-heavy attack relies on Dobbins to help Greg Roman’s offense reach its ceiling. Dobbins must prove last Sunday’s showing against the Steelers wasn’t an outlier. The Browns represent a favorable matchup. Cleveland’s 22nd-ranked run defense is allowing 128.1 rushing yards per game.