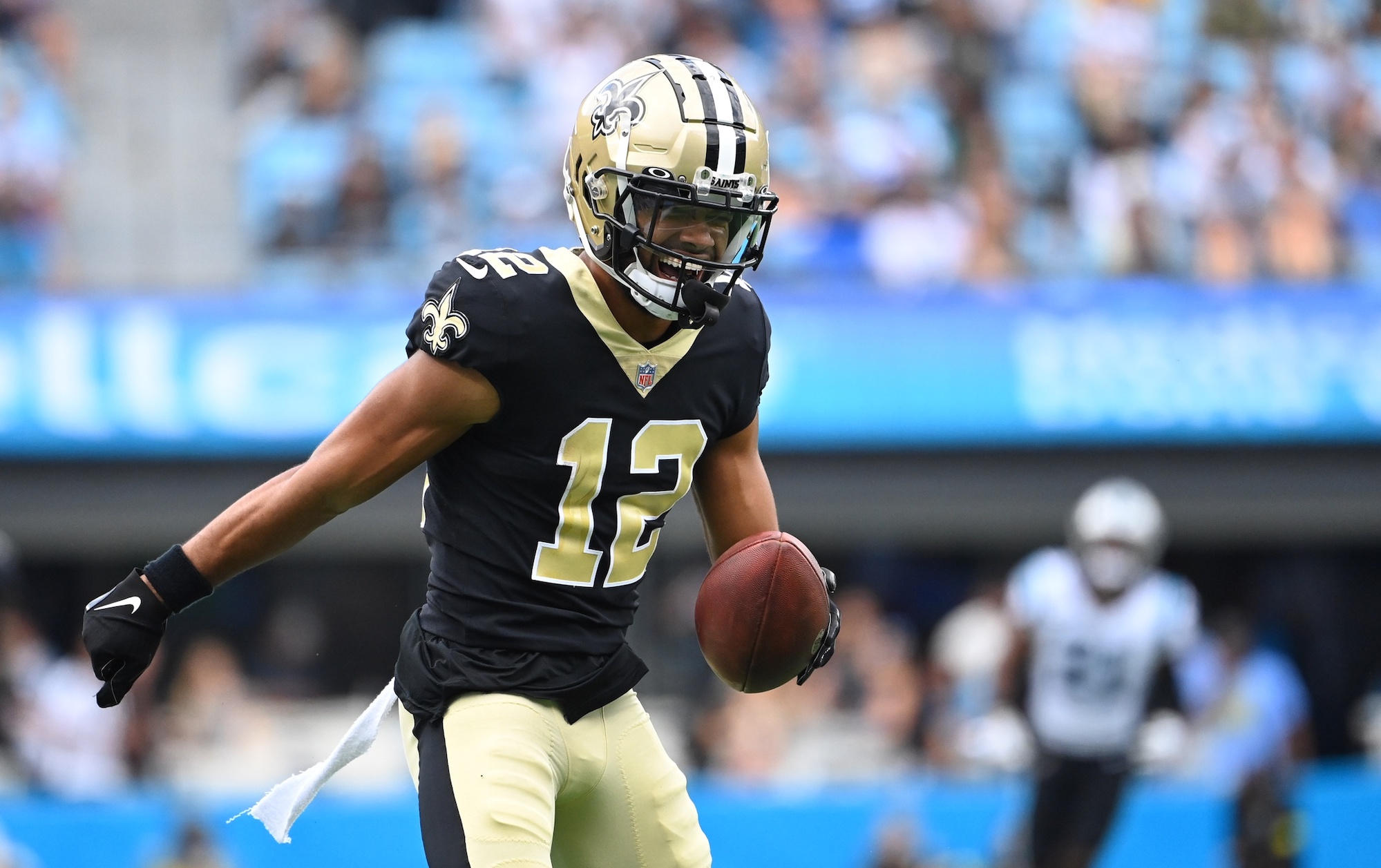 Now seven weeks into the campaign, the NFL slate has provided a nice glimpse into the first-year talents who have wasted no time in asserting themselves on Sundays. As we creep toward the midway point of the 2022 regular season, here is my NFL Offensive All-Rookie Team:

If we’re looking solely at stats, the answer here is Bailey Zappe, but I like what Pickett has done this year from a variety of angles. The quarterback position is often looked at as a primadonna spot of the sport where talents are labeled “soft” and often shy away from the physical nature of the NFL game. While a lot has gone wrong for Mike Tomlin’s unit early this fall, Pickett has led by example for a roster that’s quickly seeing its playoff window shut on its fingers.

What’s also impressive is Pickett’s ability inside offensive coordinator Matt Canada’s offense. In a schematic smorgasbord that has raised questions about Canada’s gameplanning, Pickett has quickly shown the ability to take hold of the reins and lift the overall ceiling of an offense—conceptually—that looks stuck in the past. He’s begun to develop a rapport with fellow rookie George Pickens on the outside, taken what’s given to him within the shallow areas of the offense, and shown leadership inside the huddle beyond his years.

While it looked like Breece Hall’s race to lose before suffering a torn ACL, Walker has been excellent in Seattle shouldering the offensive workload. He ranks near the top in all major categories, is neck and neck with Travis Etienne in yards per carry (a gaudy 6.1), and is tied with Hall with four touchdowns on the ground. He’s been electric the last two weeks after receiving minimal touches to start off his rookie campaign.

It’s a bummer we won’t see Hall again in 2022, but man has he stood out in the workload he’s had. He’s top 10 in yards among all ball carriers (463), is third among rookies in rushing yards per game (66.1), and has also been a force out of the backfield with 19 catches for 218 yards and a trip to paydirt. He won’t end up on any season-long lists, but through seven games, he deserves a spot here. I’m excited for him at full strength in 2023.

The amount of touches so far for Pierce has been otherworldly, but he’s handled it without concern following multiple seasons being underused at Florida. While his days in Gainesville are in the past, he’s become a player to build around in Houston. He is currently top six in yards (504) and has nearly 30 more carries (106 total) than the next closest rookie (Hall, 80).

The trade of James Robinson should tell you all you need to know about how good Etienne has been in his ‘redshirt’ rookie campaign. Now back to full strength, he’s been a dynamic talent both on the ground and in the passing game and has blossomed into everything general manager Trent Baalke hoped he would be after using a day-one pick on him in 2021.

This is a no-brainer. The poster child of the Saints’ aerial attack, Olave has been fantastic since his first few routes on NFL-branded turf. The rookie leader in almost every major receiving category (except touchdowns), Olave currently ranks in the top 10 among all qualified wideouts in yards (495) and has consistently lifted the roof off of opposing defenses with four plays of more than 40 yards (tied for second in football). It hasn’t mattered who is under center for New Orleans this fall, Olave has wasted no time in transferring his success from Ohio State to the bayou as one of the smoothest route runners in football.

This was a tough pick as I had just one spot to fill after throwing Etienne on my ballot. While Drake London (Falcons), Garrett Wilson (Jets), and Jahan Dotson (Commanders) have all been outstanding, Pickens has begun to come into his own on the outside and has all the makings of a tier one ‘X’ wideout for the Steelers moving down the line. Really, I could have thrown all four names in a hat and been fine with my choice, but Pickens gets the nod for me here.

In a class absolutely loaded with flex weapons, it’s been the fourth-rounder in Bellinger who’s been the crown jewel so far with 16 catches, 152 yards, and two touchdowns. Tampa Bay’s Cade Otton is right on his heels, but Bellinger’s ability in the run game has also been spectacular. He was the top in-line blocker at his position coming out and his ability to progress into much more than an extension of the offensive line earns him a much-deserved spot before his eye injury likely robs him of making the end-of-season list.

This was a fun group to put together as guys like Luke Fortner and Zion Johnson both deserved a spot, but there are only five holes to fill. Although both Linderbaum and Green battled injuries during the summer, they’ve both bounced back and have become absolute DUDES within the trenches. Green still has a little ways to go technically, but the flashes are apparent as he hasn’t allowed a sack since Week 4.

Salyer, a sixth-rounder, has been arguably the biggest diamond in the rough in the entire class outside of Seahawks CB Tariq Woolen—who we’ll get to on defense. In four games he hasn’t allowed a sack and remains just one of five qualified rookie linemen to not allow one this fall. For Lucas, his running mate Charles Cross heard his name first on draft night, but it’s been the Washington State product who has been the better of the two so far this year. One of the top pass blockers in football through seven games, Seattle general manager John Schneider hit a home run with his 2022 class.

And lastly, the positional versatility of Parham has been overwhelmingly evident early on. Whether he’s at guard or at center, it hasn’t mattered—the dancing bear that is Parham has been a flat-out stud in six starts.