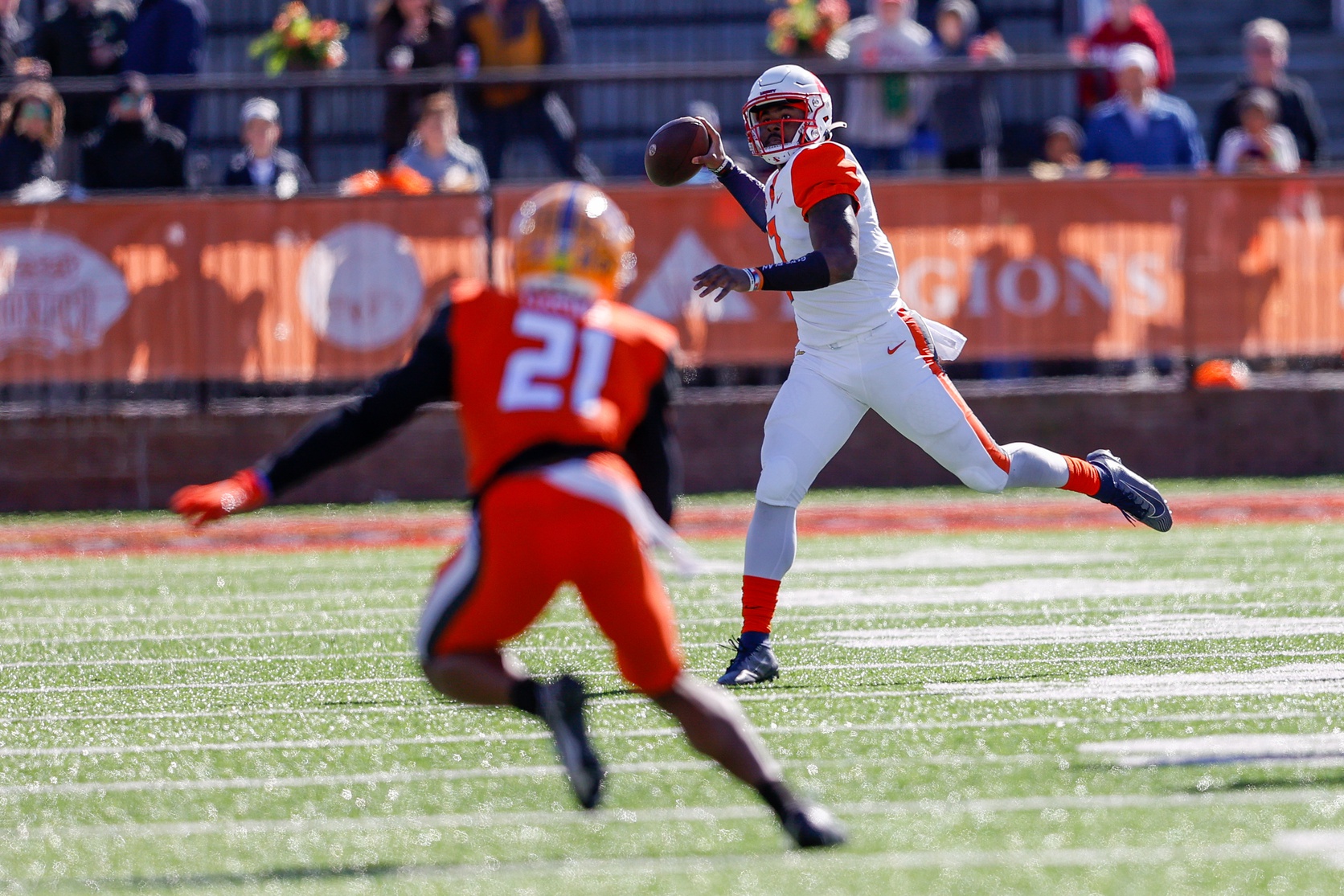 The 2022 NFL Draft is a mere two days away and it’s been a while since we’ve seen one that has this much uncertainty surrounding it. What happens within the first three picks is far from determined, as no one is quite sure what will even happen at No. 1 overall.

The quarterback class has also been wide-open since the start of the season, with varied projections as to how many will be taken in the first round and where they’ll land.

Here’s a look into how things could play out:

It’s an interesting year in the sense that there’s no clearly outlined No. 1 overall pick at this point ahead of the draft – there are several different predictions as to what the Jaguars could do here. With this selection, they gain a pass rusher who projects to make a quick transition, immediate impact and could quickly become a player who shows up on the stat sheet in a big way.

As far as being the first quarterback off the board, this is the Malik Willis and Kenny Pickett show barring anything surprising. The Lions snag the quarterback with the highest ceiling in the class who has been a standout in offseason showcases after impressing with his athleticism for Liberty.

Walker very much has a chance to go No. 1 overall and it’s difficult to envision any situation in which he could fall any further than right here. Houston gains a rare player on a roster that desperately needs more high-level talent… in several areas.

New York desperately needs to bolster its pass rush and can do so here by selecting a player that’s been all over the draft boards. It’s hard to see a scenario in which it’s not Thibodeaux or Hutchinson, depending upon how the chips fall.

Cross is a player some have been split upon because of the notion that he won’t be a successful run-blocker or that his time in the Air Raid offense is going to make for a rougher transition. For starters, Cross was originally recruited as a run-blocker at Mississippi State and showed versatility in the pre-draft process, casting doubt on the narratives that surround him. The Giants are the ones who benefit from that here.

It’s anyone’s guess as to in which order Neal, Cross and Ikem Ekwonu get selected in a class that’s filled with talent at the offensive tackle position this year. Instead of going quarterback with this pick, the Panthers take a player who can immediately make an impact protecting whoever they choose to take the snaps this season.

Gardner didn’t allow a single touchdown over his career with the Bearcats. The Giants have a chance to elevate their secondary after taking care of business with the offensive line if they go this route.

There have been some other positional projections for the Falcons here, including quarterback. Considering that Atlanta is practically devoid of talent at receiver as things stand now, it’s in their best interest to draft a playmaker like Wilson here.

Seattle just lost one of the most talented quarterbacks in the league in Russell Wilson after he played behind a dismal offensive line. Let’s take a step here with fixing that – the foundation of any successful offense starts with the men up front and the Seahawks have much work to do.

Look no further for a wide receiver with a strong reputation for putting up substantial yards after the catch than London. The Jets nab one of the most talented overall wideouts to add to an offense that is in need of just that.

Burks could give Washington a large presence at wide receiver who stands to help a team out both on the outside and from the backfield.

Stingley’s projections have been all over the place this offseason and despite some of the setbacks he dealt with due to injury, his standout true freshman season with the Tigers was enough to show just how high his ceiling really is. He’s an appealing prospect traits-wise and in retrospect, being selected at this point may make him look like a steal of sorts down the line.

Unless there’s a trade here – and there could be – Hamilton will be the best available player on the board for the Texans to take at No. 11. Hamilton will quickly become an important piece of any team’s secondary with the rare talent and athleticism he brings that look to translate at the next level.

Johnson could come off the board here or even higher after putting up a good season of tape transferring from Georgia to Florida State, followed up with a Senior Bowl performance worthy of attention and good numbers at the NFL Scouting Combine.

The Eagles have taken a wide receiver in the first round for the past two years and they look to make it a third consecutive in 2022. Olave is a quick receiver with a lot of potential who can immediately help a quarterback out upon his entrance to the league.

The Lions take the ceiling early and the Saints get the quarterback with the highest floor in the class, which is a smart move considering they clearly don’t see Jameis Winston as the long-term starter the way things stand right now. At the least, Pickett should be a high-end backup with a solid foundation to build off.

Justin Herbert has quickly become one of the best quarterbacks in the league, and the Chargers offense can gain an added boost by giving him another weapon here.

Some have expressed wariness about McDuffie’s 30-inch arms, but he’s shown on the tape that he has the ability and athleticism to overcome that, something that Philadelphia will look to continue at the NFL level.

New quarterback, new offensive weapon – such could be the plan for New Orleans in the first round. Dotson is largely viewed as undersized, but with the speed he’s shown makes that more of an afterthought.

There’s reason to believe the Steelers could take a quarterback early and despite some of the concerns that he may have benefitted from the Rebels’ score-from-far offense, Corral showed great improvement in the essential aspects of quarterbacking like quickening his release and a lot of growth in decision-making. Between this and his talents as both a passer and a runner, he checks the boxes on a player who could go in the first or second round.

This isn’t the flashiest pick, but it’s one that makes sense for the Patriots who could gain a versatile lineman.

Zion Johnson could make sense here but drafting interior offensive linemen in the first round hasn’t been a notable trend for the Packers. Smith projects as an immediate starter who will bring intensity to the Green Bay offensive line with his aggressive style.

If Linderbaum is still available at this point, he’s the perfect fit to help a Cowboys offensive line that needs it, and it wouldn’t be surprising to see him serve as Dallas’ starting center when the season kicks off.

This is a good spot for the Bills to add an extra offensive weapon and they could get a versatile one in Hall. There’s a reason why the Cyclones offense was so catered to him.

There’s no hard guarantee Lloyd will be on the board by this point. But if he is, this is a linebacker who should have appeal with what Head Coach Mike Vrabel is doing in Nashville.

The Bucs could use some added depth to the secondary, and if Elam is still available at the point, they should look no further than a player who brings the type of physicality the former Gator does.

It is entirely possible for Pickens to fall to the second round as one of the most underrated wide receivers in this year’s class. Between his size and the fact he had one of the lowest drop rates among SEC wideouts over recent history, Pickens brings physical traits and reliability that make him a solid choice at this spot.

Karlaftis has been projected to fall in both the first or the second round, so it’s going to be interesting to watch just how high he goes. But if he’s still available at this point, he fits well into a 4-3 defense.

The Chiefs gain a defensive back who played the most snaps in ACC without allowing a catch of 20 yards or better and left opposing quarterbacks with a dismal 9.0 passer rating when targeting him downfield.

The Bengals have a void to fill at the position and could do so by adding Leal, who stands to contribute immediately.

The Lions round out the first day of action with a prospect who will bring speed, an aggressive play style and consistency to the Detroit linebacking corps. 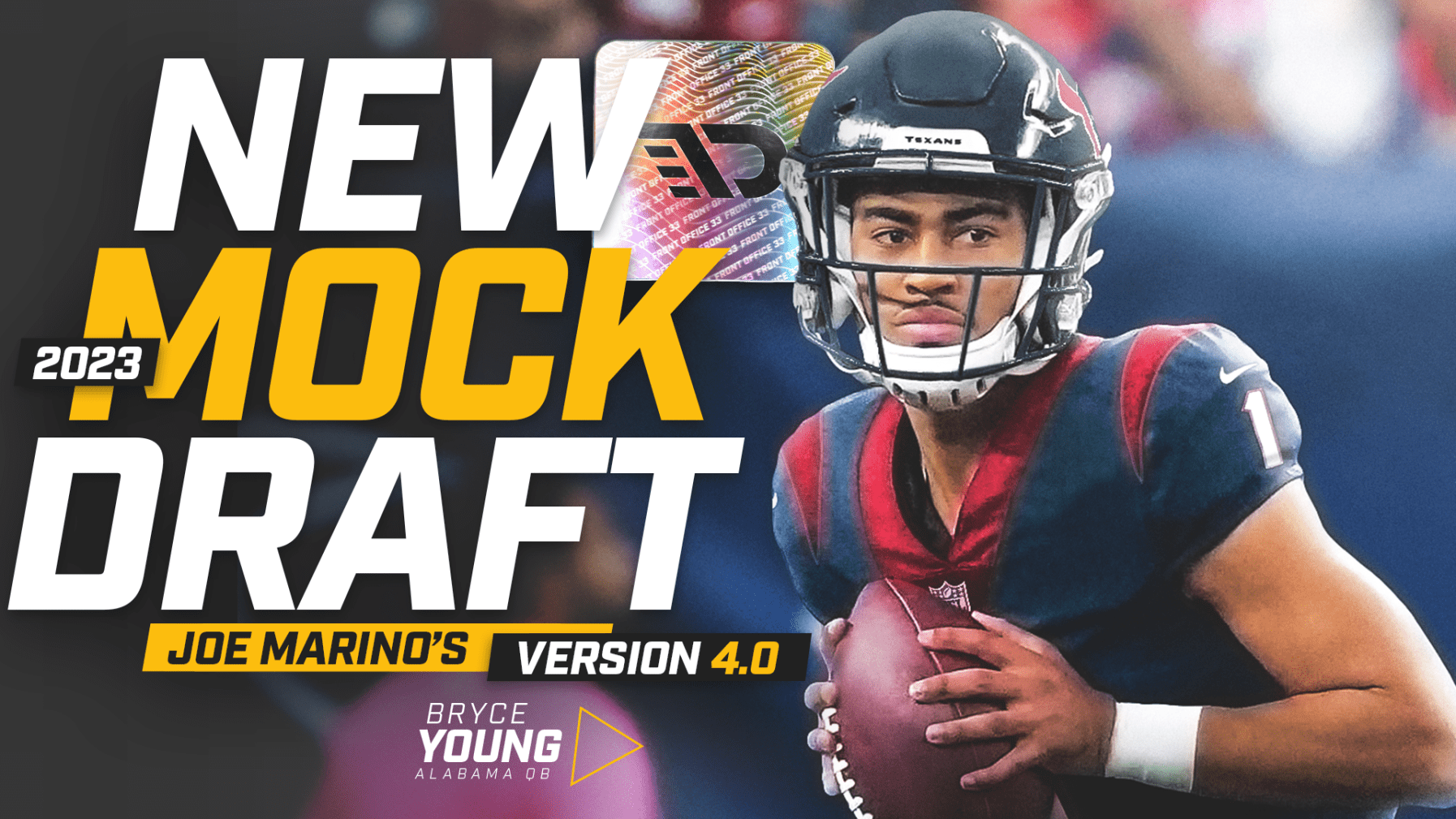 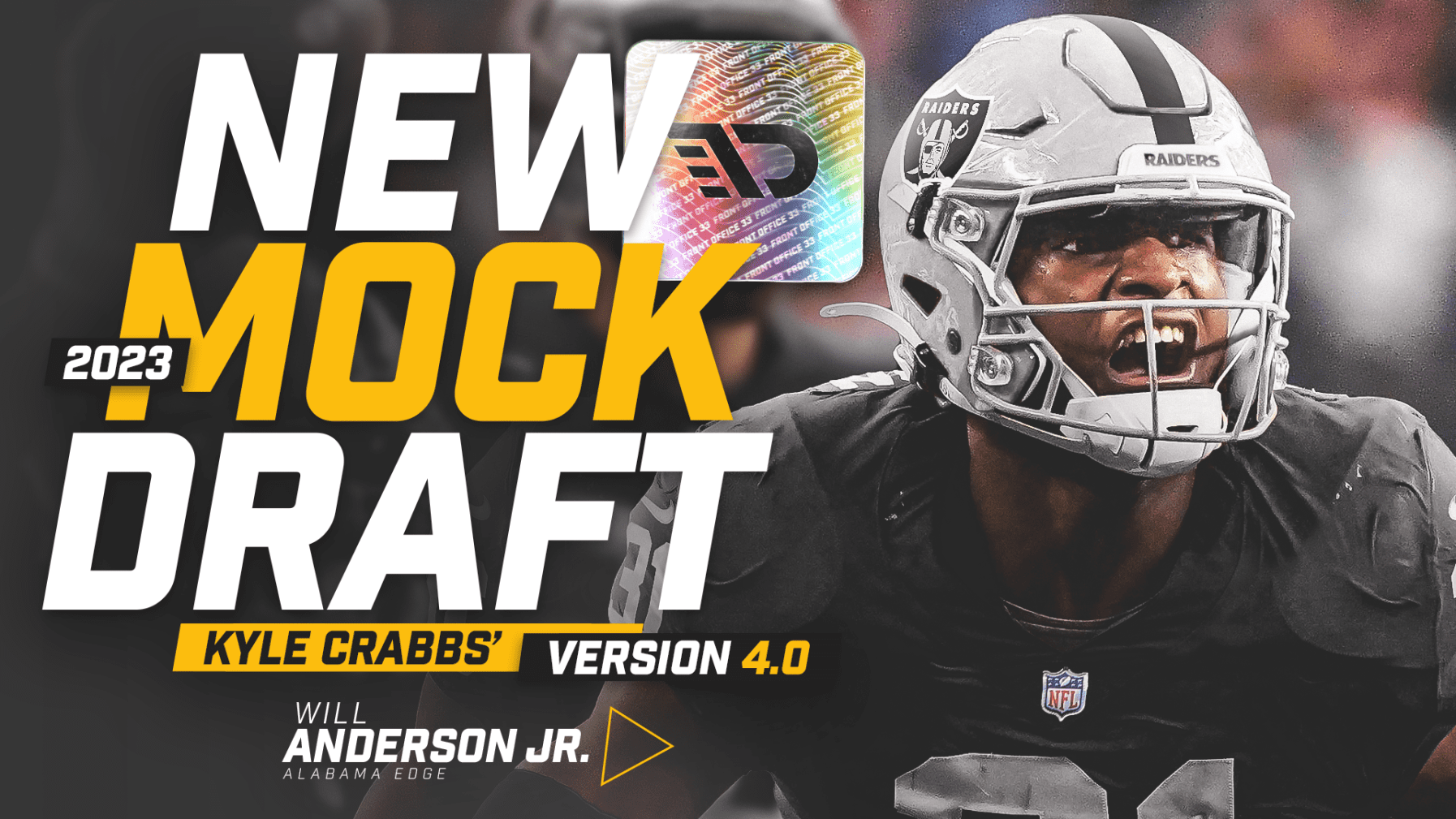