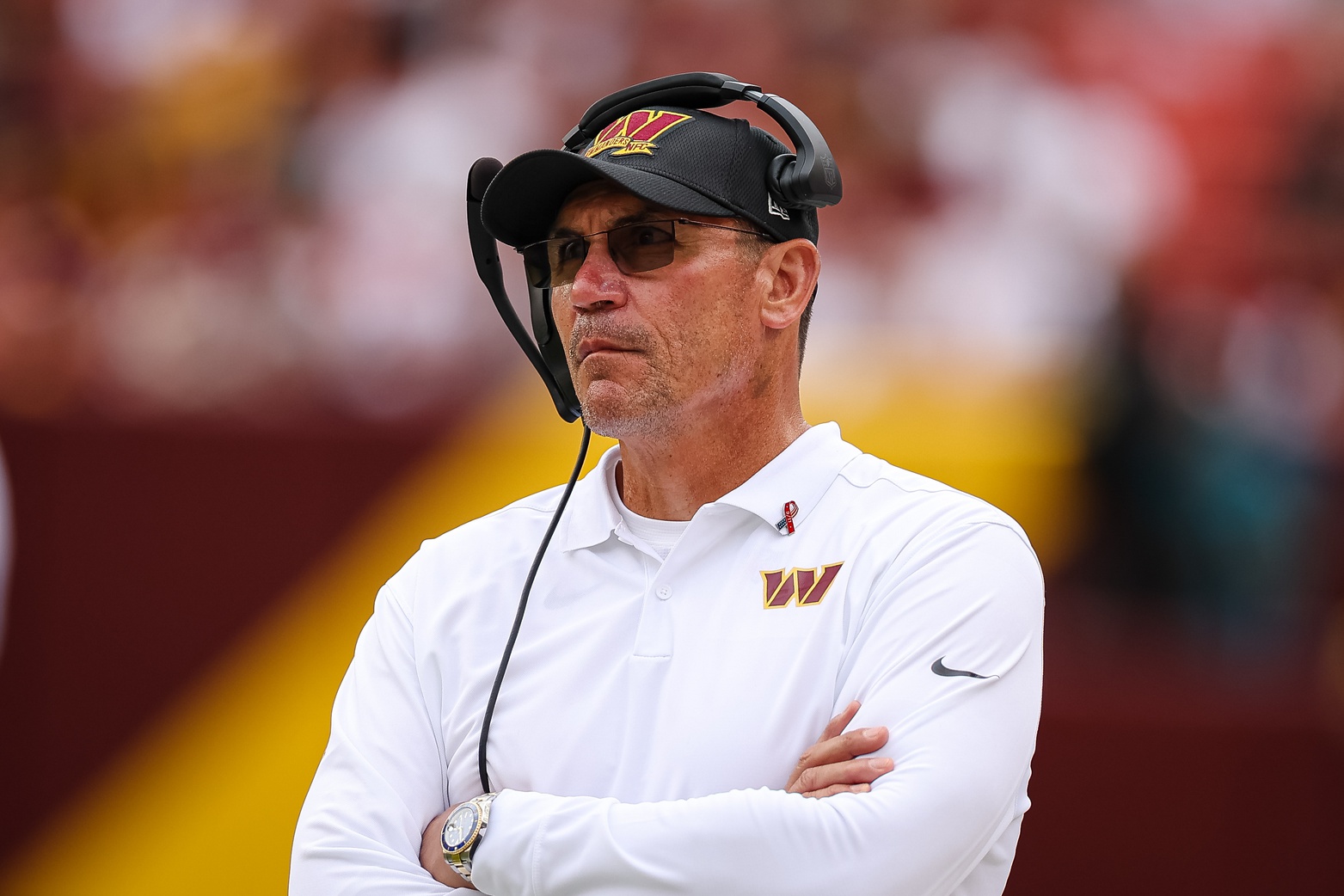 With Matt Rhule gone in Carolina, a sinking ship in Washington under Ron Rivera, and chaos in the desert with Kliff Kingsbury, the hot seat for a handful of NFL head coaches has been turned up a few notches as we approach Halloween. A time of the year when teams separate themselves from contenders and pretenders, the month of October often reveals the truth of an organization’s trajectory.

For many NFL clubs, autumn ushers in one of two pathways. Either you pull away from the pack or fall into the depths of golf courses across the country. With the first quarter of the season in the books, teams have tape, personnel tendencies, and everything they need to prepare materialistically for the opponent at hand. How franchises set themselves apart, however, is within meeting rooms and with their brain trust at the top coaching positions.

Whether it’s in-game adjustments or adding and subtracting personnel during the week, look around the league at how the NFL’s most successful organizations are structured. There’s trust—a meshing of shot callers and ballplayers within the hashes that creates a formula to win football games. For some, it’s been decades since consistency has made its way into town. For an even smaller amount, playoff football has become an annual commonality.

For many of the NFL’s head bench bosses, October presents a time to reflect. From who you added in April, which free agents have stood out? Has the coaching staff put players in a position to compete? Weeks 4-8, the meat of the season, often tells the story.

The name of the NFL game is about adjustments. Finding ways to outsmart, outscheme, and counter what the opposing offense and defense show. For Rhule in Carolina, a failure to build anything off a rather enticing group of young players quickly saw his departure. Five weeks was too long if you ask me. And as bad as it was, why wait until Week 6? Sample size, my friends—a distant hope in the back of minds that it indeed will work out despite the obvious lack of, well, anything both on and off the field to showcase a competitive football team over the years. Weeks 1, 2, 3… no one wants to be the finger of blame when it comes to knee-jerk reactions and the loss of another man’s employment, and five games were just enough time in the head of owner Dave Tepper to showcase a full resume of failure to the public eye.

In Washington, it’s long been put up or shut up time for Ron Rivera. In year three of his experiment in D.C., a trio of sub-.500 football campaigns look to be in the cards for a group that was expected to compete for a division crown this fall. Why? Well, we could be here all day. But when things go bad, it’s never good to throw your quarterback—who YOU traded for—under the bus. As a defensive-minded head coach, there are questions to be answered as to why the Commanders’ secondary looks as useful as ejection seats on a helicopter. And with minimal to zero adjustments made on game days, the burgundy and gold look stuck in neutral as they approach Thursday Night Football. Again, no sense of direction.

Rivera “hasn’t been able to build” around QB:

Three years. These are “your” guys.

But, it’s not all bad. For teams like the Packers, it’s how Matt LaFleur schemes his offense toward more points with rookies in abundance and the loss of Davante Adams. In Dallas, the way in which offensive coordinator Kellen Moore has schemed an attack around Cooper Rush with Dak Prescott on the shelf. On the flip side, defensive coordinator Dan Quinn’s ability to heighten the impact of what looks like a dominant defensive unit. In New York, where the 4-1 New York Giants under Brian Daboll have bought in on both sides of the ball.

It’s all about coaching—a voice to rally around when adversity strikes. And while certain teams have more players that check more boxes than others, the ability of a staff to lift the ceiling of their units and finagle their way through the obstacles of an NFL season will slowly weed out organizations as we move farther into the month of October.