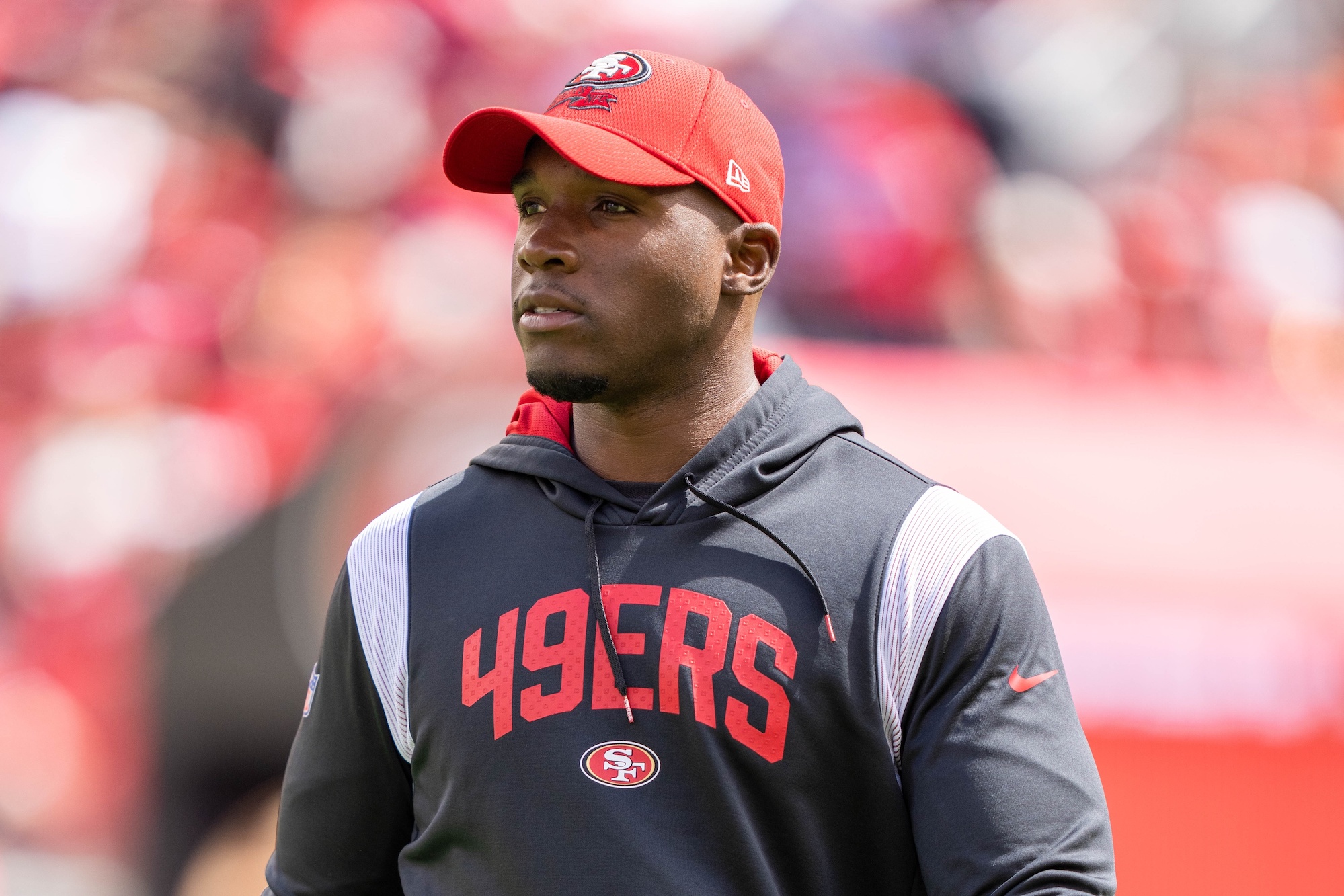 While it’s the time of year that ushers in the start of the NFL playoffs, only some teams prep for deep playoff runs while others enter the offseason without plans for the immediate future at the spot to lead the group—head coach. With three firings to date in Carolina, Denver, and Indianapolis, the NFL coaching carousel will once again spin on its axis as we creep into early spring. With eight teams already eliminated from playoff contention, let’s get to know a few names that will draw interest this offseason.

Less than seven short years ago, Ryans found himself in uniform, preparing for what would be his last game as a linebacker in the NFL in a Week 16 matchup against the New York Giants. Now just 38 years old, his transition from the nucleus of a defense to the sideline, while looked upon as a massive challenge, couldn’t have been smoother.

With the seemingly never-ending list of talent within the 49ers’ defensive room, headlined by two of the NFL’s most skilled athletes in Nick Bosa and Fred Warner, Ryan has engineered a group that plays intelligently with a hunger for the football on every single snap.

Just 37 years old, Steichen has orchestrated one of the more well-rounded offenses in football. While talent helps, his ability to challenge Jalen Hurts in reaching his performance ceiling while not asking him to play hero ball has seen the Eagles light up opposing defenses all year long. There’s only one ball to go around, and Steichen’s ability to get the rock in his athletes’ hands has showcased one of the NFL’s brightest minds.

Arguably the most popular name that’ll make waves this offseason, Payton looks primed to make a return to the sideline. Where that may be, who knows, but reports have already swirled surrounding him putting together an all-star staff that could elevate a roster from day one. He’s already got a Super Bowl ring in his armoire, but the longtime New Orleans bench boss eyes much more.

Until he’s a head coach, he’ll remain on my list. Yes, it’s nice to have a talent like Patrick Mahomes leading your offense every week as he masks any conceptual deficiencies there might be, but Bieniemy more than deserves an opportunity if he so desires. We live in an offensive game, and Bieniemy is one of the most creative play-callers in football.

After nearly landing with the Denver Broncos last year, the former Falcons head coach has drastically improved the Dallas defense. He’s grown since his days in Atlanta and deserves another shot at captaining an NFL ship.

The job he’s done has flown under the radar, but he’s a MASSIVE reason why Detroit has been so successful this fall. The voice in the ear of Jared Goff all campaign long, he’s made things easy for the once forgotten signal-caller, blossomed Amon-Ra St. Brown on the outside, and evolved one of the NFL’s most underrated two-headed rushing attacks. He’s not as popular as the names above, but the job he’s done cannot be understated.

A lot like the job Rich Bisaccia did for the Las Vegas Raiders last fall, Wilks’ leadership has the Panthers right in the thick of the division race with two weeks to play. Internal promotion isn’t really how the NFL conducts business, but if anyone deserves the full-time gig in Carolina, it’s Wilks.

A leader of men who has captained one of the NFL’s most consistent units, Frazier is more than deserving of a second head coach shot. The former Vikings bench boss, the NFL has become obsessed with youth-infused offensive minds, but Frazier’s experience and leadership should rank him atop any team searching for a new HC.

Good teams often present opportunities for coordinators, and Gannon was a popular name last year before returning to lead the Eagles’ defense again in 2022. Experienced in the interview process with another season of high-level ball under his belt, it wouldn’t be a surprise if Philadelphia lost both coordinators this spring.

He’s been rumored almost annually to return back to the NFL, but this may be the year he finally takes the dive. While he interviewed in Minnesota last year before ultimately returning to Ann Arbor, teams will continue to call until he cuts off his phone line. A national championship run remains in the foreground, but there will be a heavy amount of interest from owners interested in his energy to rejuvenate their ball club.

The job he did in the past didn’t move the needle a ton with talent in abundance, but as the voice in Cooper Rush’s ear, he raised eyebrows to just how detail-oriented he is. The mastermind behind the architecture of the offense during Rush’s 4-1 record as the starter, scripting Dallas to success in the postseason could sway the needle on how much interest he’ll have this offseason. He was a gunslinger during his playing days, and his high-flying mentality causes headaches for opposing defenses.