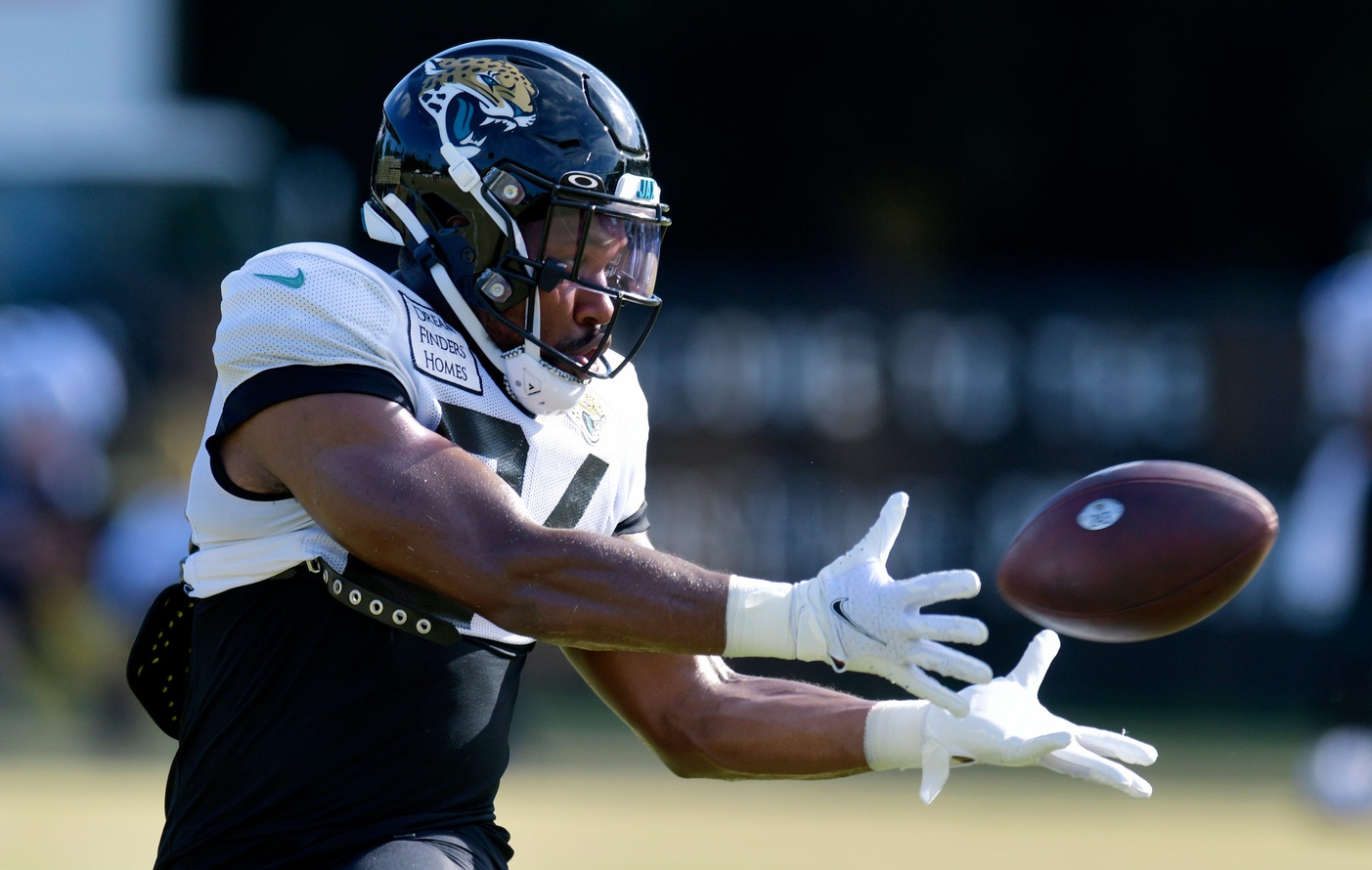 5 Players To Watch In NFL Hall of Fame Game

Football is back! The Jacksonville Jaguars will face the Las Vegas Raiders at Tom Benson Hall of Fame Stadium in Canton, Ohio for Thursday night’s Hall of Fame Game. Trevor Lawrence won’t feature, but both the Jaguars and Raiders roster several ascending first and second-year playmakers that will take the field on Thursday. The preseason sets the ideal stage for young players to grow into larger roles.

The No. 1 overall selection in the 2022 NFL Draft, Walker is expected to make his debut for the Jaguars on Thursday. Walker has consistently flashed throughout training camp. He’s been explosive, big, speedy, and powerful during pass rush drills. Walker has looked the part. Jacksonville’s rotating offensive tackles have had difficulty keeping Walker away from the quarterback.

Walker may be on a snap count, but the former Georgia Bulldog standout should receive at least a partial opportunity to showcase why Jaguars General Manager Trent Baalke drafted him with the top selection.

Leatherwood did not enjoy a particularly fruitful campaign as a rookie in 2021. A surprising first-round selection, Leatherwood bounced around playing both right tackle and right guard for the Raiders last season. Leatherwood struggled at both positions and never truly found his footing. He earned a dreadful pass protection grade of 29.0 from Pro Football Focus.

The pressure is on for Leatherwood, who finds himself in a training camp battle to start at right tackle alongside veteran Brandon Parker. Leatherwood has earned some first-team reps at practice, but Parker seems to have the inside track on claiming the starting job. The new Raiders regime didn’t draft Leatherwood. His first-round billing won’t earn him preferential treatment.

He has plenty to prove as a sophomore. Thursday’s showcase is huge for Leatherwood.

The Jaguars may have struck gold when they drafted the former Kentucky center with the No. 65 overall selection in the third round of the 2022 NFL Draft. Fortner has immediately captured the hearts of Jacksonville’s coaching staff. Jaguars Head Coach Doug Pederson has routinely showered Fortner with praise throughout his post-practice press conferences.

Fortner currently sits atop Jacksonville’s depth chart at the center position. Fortner has outperformed veteran Tyler Shatley, who appears destined for a backup role. It’s early, but Fortner already has the look of a 10-year starter on a revamped Jaguars offensive line. The Jaguars are eager to get their first look at Fortner during a legitimate NFL contest on Thursday.

Running backs James Robinson and Travis Etienne won’t play for the Jaguars on Thursday as they continue to recover from last season’s injuries. Their absences potentially open up a ton of opportunities for the rookie Conner, who appears slated to receive the start in Jacksonville’s backfield. A fifth-round selection, Conner is currently listed as Jacksonville’s third running back on their depth chart.

Conner has impressed throughout training camp, showcasing dual-threat ability and explosiveness. Conner could receive upwards of 15-plus touches against the Raiders. He’s a candidate to be Jacksonville’s star offensive player on Thursday.

Raiders undrafted free agent rookie linebacker Butler has been one of the better stories to emerge from Las Vegas’ training camp thus far. The Raiders have lost a few linebackers to injury this summer, which has led to more opportunity for Butler. Both Kyler Fackrell and Micah Kiser have already suffered season-ending injuries. Butler took first-team reps during the Raiders’ first padded practice as a result. Raiders linebackers coach Antonio Pierce actually served as Butler’s defensive coordinator at Arizona State last season.

Butler is a strong bet to earn a start on Thursday in the Hall of Fame Game. His relentless play style indicates he’ll be flying all over the field while making plays.