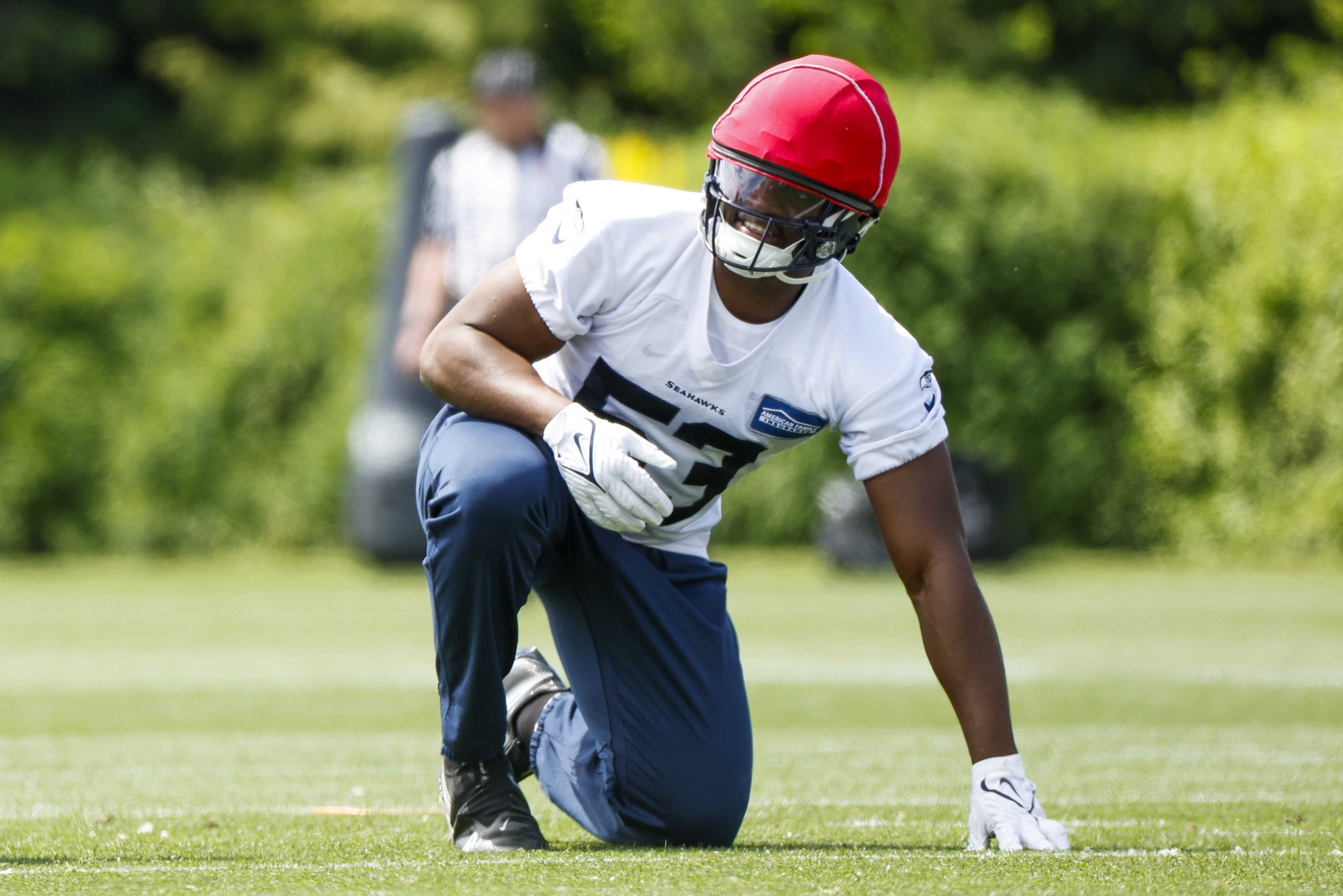 The 2022 NFL Draft featured a heavy focus on the defensive side of the ball with the first five selections all being defenders. It makes the impending race for this year’s Defensive Rookie of the Year a potentially exciting and unpredictable one. Aidan Hutchinson, Travon Walker, and Kayvon Thibodeaux are currently capturing the offseason hype and it’s easy to understand why. Since 1989, no player has won Defensive Rookie of the Year that wasn’t a top-40 selection in the draft and only three of those players were taken outside of the first round. Last year’s winner was Micah Parsons, who was the No. 12 overall selection in the 2021 NFL Draft.

It’s a statistical fact that immediately got our minds reeling. Our TDN team has shifted focus to analyzing how each prospect fits with their new destination—and if they can win NFL DROY. Analyzing the field while eliminating the first-round prospects becomes an increasingly fun exercise, given the odds stacked against all prospects drafted in the second round or later. We’ve identified three rookie defenders who carry the potential to defy these historical odds stacked against them.

Feared pass rushers have captured the last three DROY awards (Parsons, Chase Young, and Nick Bosa). While it’s totally possible for say a linebacker or cornerback to capture the honor (Darius Leonard and Marshon Lattimore achieved it recently), history suggests a pass rusher is the typical winner. New Atlanta Falcons EDGE defender Arnold Ebiketie was selected with the No. 38 overall selection and should receive every opportunity imaginable to hit the ground running.

The Falcons recorded a league-low 18 sacks in 17 regular-season contests last season. It’s a rather shocking number. Falcons Defensive Coordinator Dean Pees is desperately searching for pass rushers that can impact opposing pockets on a more consistent basis and general manager Terry Fontenot used a top-40 selection on Ebiketie. The Falcons released veteran pass rusher Dante Fowler Jr. earlier this offseason, so Ebiketie does not find himself in a competition for snaps. He’s expected to line up as a starter during Week 1. Opportunity is often half the battle, and Ebiketie should receive plenty of it throughout 2022.

Playing on a defensive line that features Grady Jarrett should provide Ebiketie with one-on-one opportunities. Ebiketie offers enticing speed and first-step explosiveness off the edge. A double-digit sack season is within reason.

The Seahawks have somewhat revamped their pass-rushing corps this offseason. Rasheem Green, who finished second on the team in sacks last season with 6.5 quarterback takedowns, signed with the Houston Texans. Carlos Dunlap II and Darrell Taylor return, and new signing Uchenna Nwosu factors in as well, but Mafe should play an abundance of snaps as a first-year defender.

Mafe exploded in 2021 by recording a career-high 7.0 sacks as a Minnesota Golden Gopher. Mafe then proceeded to take full advantage of Senior Bowl week by establishing himself as a premium prospect in Mobile. On tape, Mafe possesses the first-step explosiveness and easy movement skills necessary to quickly thrive at the professional level. Mafe’s high motor and overall sense of urgency could lead to some impressive sack production in 2022.

A safety hasn’t captured this honor since Chicago Bears legend Mark Carrier did so in 1990, but Pitre is a second-round prospect that has as good of a chance as any defender to deliver a merciless end to that positional drought. Pitre has an excellent chance to become an immediate starter in Houston’s in-transition defensive backfield that also features rookie cornerback Derek Stingley Jr. Pitre and Stingley should form a fearsome duo for years to come.

Winning this award would likely require a ton of ball production from Pitre. Luckily for him, his main adversaries may provide him with plenty of opportunities. The quarterbacks of his three most common opponents (Ryan Tannehill, Trevor Lawrence, and Matt Ryan) combined to throw an astounding 43 interceptions last season. If these quarterbacks continue to be turnover magnets in 2022, Pitre is the type of dynamic back-end defender that possesses the skill set necessary to take full advantage of their carelessness.

Pitre is a versatile prospect whose athletic traits allow defensive coordinators to put him in different positions to make plays. He’s an active sideline-to-sideline defender. Pitre is expected to make a quick transition to the next level.