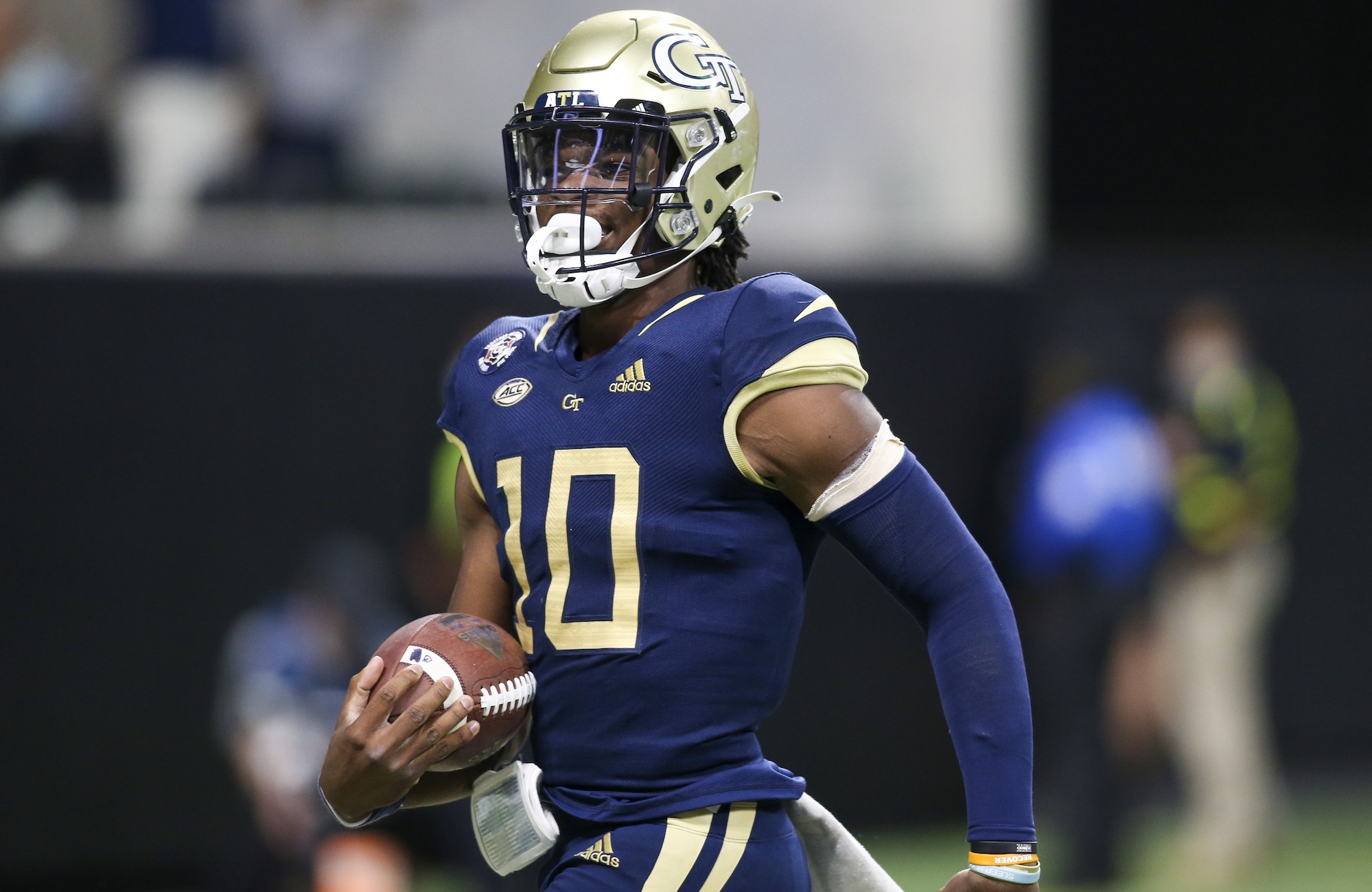 5 Players Who Could Raise NFL Draft Stock This Weekend

For some players, we will point to this week as the beginning of their breakout campaign. There are plenty of candidates to consider. Here are my choices to raise their NFL draft stock this weekend.

In a potentially loaded quarterback class, setting college football ablaze out of the gate is a great way to set a narrative. Jeff Sims has an uphill climb facing the uber-talented Clemson Tigers’ defense, especially considering his offensive line is rumored to have three “NEW” starters in front of him versus that dangerous defensive front.

However, Sims has the physical tools to be a highly regarded and drafted quarterback, but he has to put it together on the field. If he can upset the Tigers with a big individual performance, the buzz will only begin to grow for the junior signal-caller.

Cover-1 w/SAF on the far-away hash. Slot fade is the best route choice. Throws a beautiful and accurate pass that drops right in the bucket!

Jeff Sims identifies the advantageous match-up and exploits it. 👌🏾 pic.twitter.com/VKiPQ2FNkq

One of the more intriguing matchups of the weekend is the No. 7-ranked Utah Utes versus the unranked Florida Gators. The Utes have a popular and rising name at quarterback with Cam Rising, but we’ll be watching the other side of the ball too.

Brenton Cox Jr. is a veteran edge defender that has appeared in more than 35 games. He has a solid first step to pair with good arm length to stress offensive tackles around the edge.

There is a good crop of edge talent in the 2023 NFL Draft class at this juncture. Cox Jr. could benefit from a strong performance to open the season against a highly-ranked opponent. Momentum can do wonders for a player and program, this is a great opportunity to create some!

Once sharing the spotlight with former teammate Jalen Nailor, Jayden Reed enters this season as the unquestioned “dude” at the wide receiver position for the Spartans’ offense. Coming off a productive 2021 season—reeling in 59 of his 101 targets for 1,026 yards and 10 touchdowns was impressive. Reed can build his resume by stacking back-to-back strong statistical performances.

Outside of the top 4-5 wide receiver prospects in the 2023 NFL Draft class, there are open spots that need to be filled after the season. Reed is in position to elevate his game and name this season. That would start with a strong Week 1 showing!

This player has some real buzz that began this summer after transferring from Colorado. Christian Gonzalez joins former Georgia defensive coordinator Dan Lanning in Eugene this season. The lights do not get any brighter than facing the reigning national champion Bulldogs at 3:30 p.m. on a Saturday afternoon in both teams’ first true test to start the season.

Gonzalez is an elite athlete with great movement skills to stick close to his receiver. He can answer some questions about handling physicality against a physical SEC offense. Add in being across the field from his competition for the CB1 spot Keele Ringo and a strong performance can close the gap quickly and catapult Gonzalez to the top of the NFL draft class.

One of the SEC’s most hidden gems is Arkansas quarterback KJ Jefferson. Jefferson is built like a linebacker that totes the rock like a running back. He has a strong arm to attack all levels of the defense. Today’s NFL prefers mobile/dual-threat quarterbacks that can hurt defenses with their legs and Jefferson fits the bill. His powerful, bowling ball running style makes him a threat to hurt the defense at any moment.

He has a big matchup against the 23rd-ranked Cincinnati Bearcats Saturday afternoon. Jefferson can exit this contest with a stronger buzz than he has going into it. His dual-threat ability and big-play potential can open scouts’ eyes after this weekend.