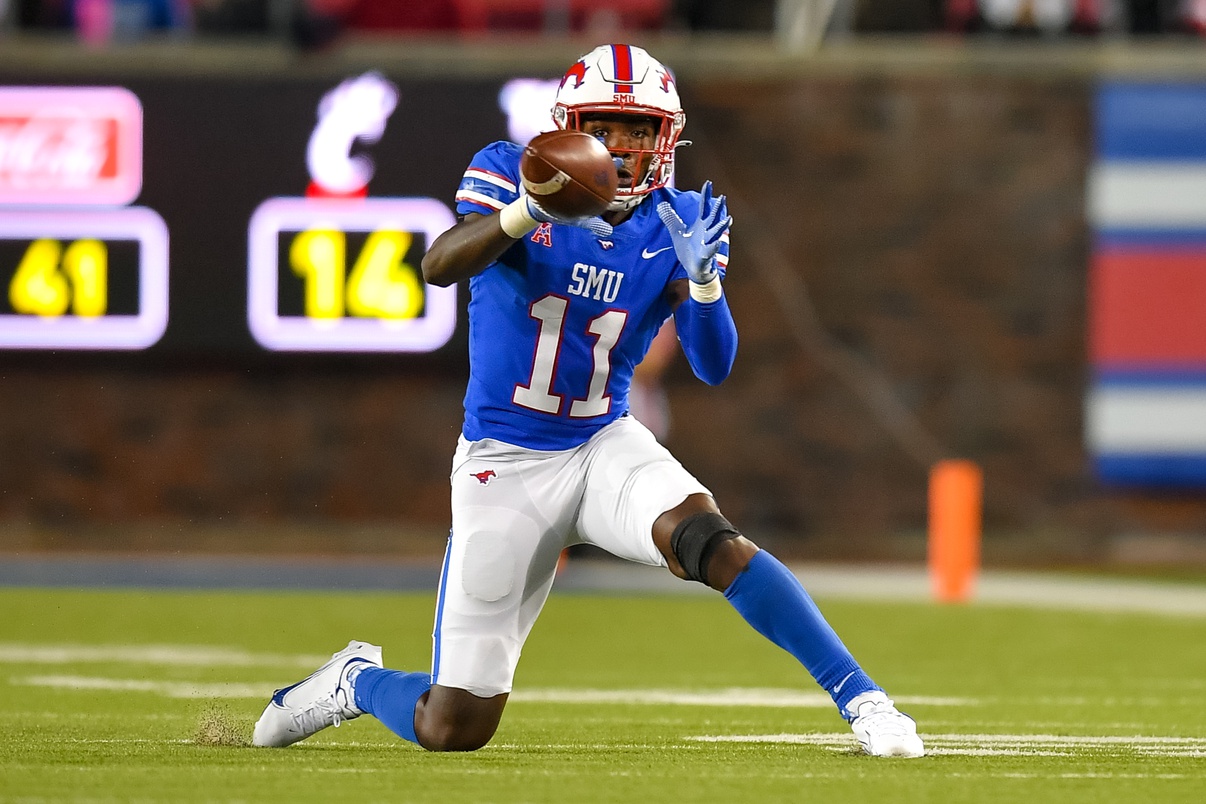 The latest update of our TDN100 top 2023 NFL Draft prospects list has been released. As usual, there are movers and shakers all over the list. Some faces are well-known, and others are foreign to the list at this point in the process.

After reviewing the newest update, here are the top five 2023 NFL Draft risers based on our scouts’ rankings.

The biggest risers on our latest TDN100 rankings come from the Big Ten. Penn State OT Olu Fashanu has put together a masterful season on tape. The soon-to-be 20-year-old prospect has not allowed a sack and has allowed fewer than eight pressures this season. Fashanu checks all of the physical and athletic boxes to stake a claim for the OT1 spot. He just missed the mark last month and I listed him as a potential new debut this time around!

He has the quickness, body control, length, and play strength desired in a potential cornerstone left tackle. His play this season paired with the physical tools was the perfect recipe to rise up the ranks and debut as a new member of the TDN100 club for the 2023 NFL Draft.

Adetomiwa Adebawore has been a constant presence and impact player for the Wildcats’ defense. Adebawore is a twitchy defender with plus athleticism. His versatility and impact versus both run and pass have been felt this season.

He has earned his spot on the list. The length, explosiveness, and play strength are attention-grabbing. He’s a Senior Bowl acceptance that we are excited to see down in Mobile.

Death, taxes, and North Dakota State producing good offensive linemen—the certainties of life. Cody Mauch has developed into a good starting offensive tackle. At his size, his athletic ability is enticing and shows up in pass protection. Mauch has allowed only a single sack all season—albeit in fewer than 300 pass-blocking snaps. Mauch is well-experienced in run blocking and it shows too.

He is playing good football and deserves to rise up the ranks! He projects best as an interior offensive lineman/swing tackle at the next level.

Ohio State edge defender Zach Harrison is having arguably the best season of his collegiate career, accounting for 19 pressures and five sacks this season. Harrison has shown what an outstanding blend of size, length, and speed looks like on the field. This season, he has found more consistency in his play and it has benefited his defense and NFL draft stock.

One of the fastest-rising and hottest NFL draft names at the wide receiver position is SMU’s Rashee Rice. He is close to 1,200 yards with nine touchdowns this season. He has shown the ability to win on all three levels of the defense. Rice has blossomed into a legitimate No. 1 wide receiver for the Mustangs.

Rice has five 100-yard games in 2022. He has performed at a high and consistent level this season. Rice was already a member of the TDN100 rankings prior to this update but his play warranted a major rise. A big-time move for a big-time baller!