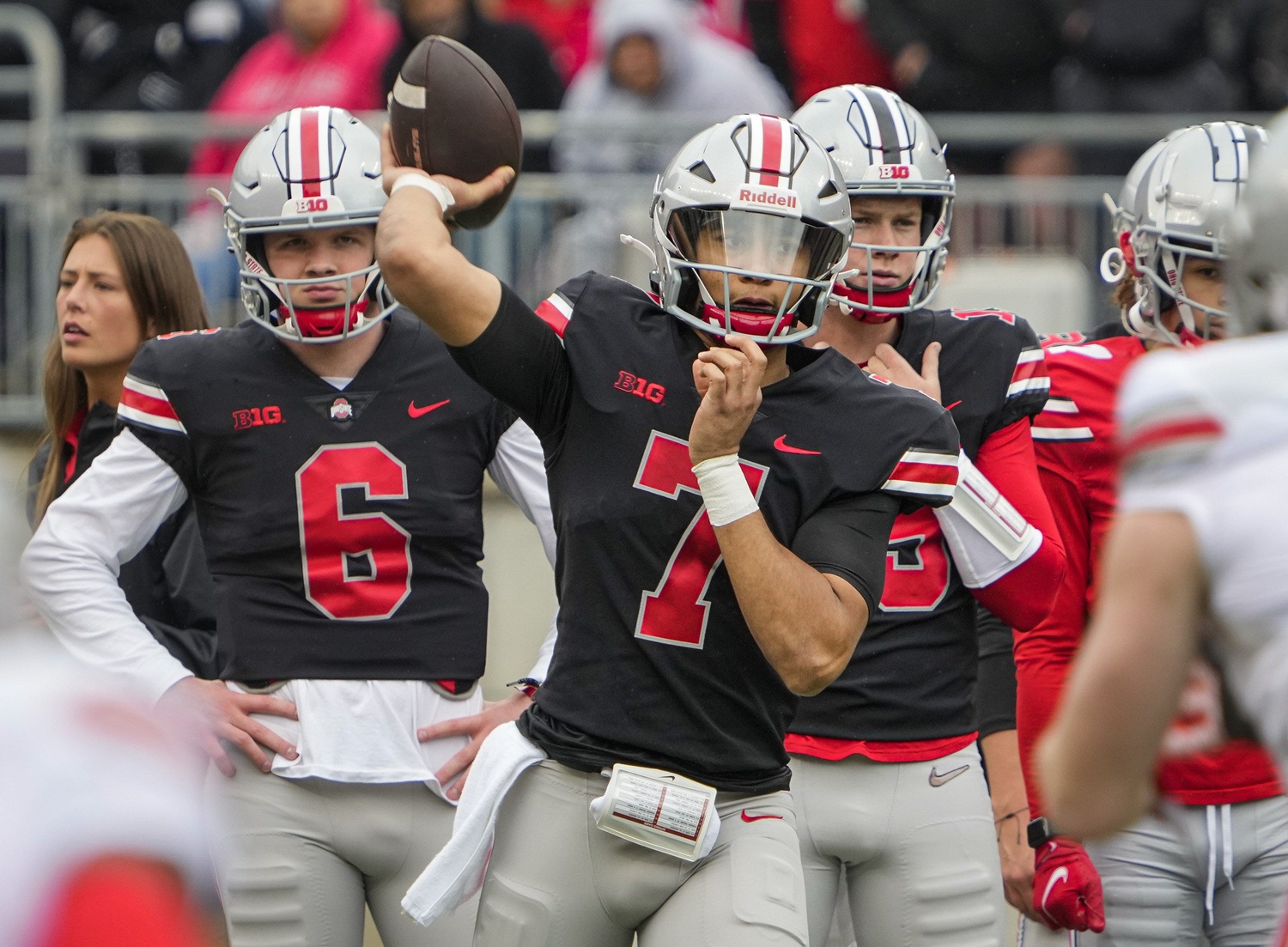 Folks, we’ve made it to football season! And with football season, comes mock draft season at The Draft Network. Thankfully, I’ve been given the reins to dissect our debut 2023 first-round NFL mock draft completed by Kyle Crabbs—the head of scouting here at TDN.

While the order in which names come off the board will look drastically different come April of 2023, the faces won’t alter too much (yes they will) as we move into, and past the chill of the winter months. However, we are still in the dead of summer, and with football right around the corner, let’s dive into Crabbs’ first peek at tier one of the 2023 class.

This is different, and I LOVE swimming upstream. We live in a day in age in which teams’ success is predicated on their ability to sling it through the air, but plugging Vorhees into a line consisting of Ben Jones, Taylor Lewan, and former second-rounder Dillon Radunz gets me fired up.

We all know who Derrick Henry is and what he can do with the ball in his hands. As much as Vorhees is an addition in the ground game, it adds another layer of bubble wrap for Malik Willis to work behind moving down the road. You win games in the dirty areas of the trenches, and Vorhees isn’t afraid to stick his face in the mud in dominating the line of scrimmage.

Carolina touts a ton of pop on paper on the offensive side of the football. Securing a talent like Stroud to lead the way for the foreseeable future could be the stepping stool they need to reach the top of the NFC South.

Wideout D.J. Moore remains one of the most underrated pass-catchers in the game, Robbie Anderson, and Terrace Marshall each possess traits to like, and Christian McCaffrey—when healthy—is one of the most dynamic weapons in the game. Add in the arrival of first-rounder Ikem Ekwonu to protect his blindside for the next handful of seasons, and things begin to round into form for whoever ends up calling the shots as head coach in 2023.

While McKee offers traits to like as a pure pocket passer, I want someone who can finagle around under duress to further extend the playbook. Seattle has bodies on the outside in D.K. Metcalf, Tyler Lockett, and Noah Fant—who will prove to be a heck of an addition as a flex talent—but I would have targeted someone here with a loftier performance ceiling for a franchise in the midst of a rebuild.

I get where Crabbs is going here, but looking at how Wilson was successful and the versatile skill set that he offered Seattle needs someone that can create chunk plays both within and outside of structure. If McKee is able to add the dynamic of his legs into his game—like Sam Howell last season ahead of the NFL draft—I’m all in.

Robinson may indeed go in the top 15 picks when things are all set and done, but how could you not love the fit here? Miami has force-fed themselves a variety of additions in the backfield over the years, but Robinson would halt the turnstiles the moment his name is called.

The top back in college football who could have been a first-rounder had he been eligible in 2022, Robinson would add another dynamic weapon into a Dolphins offense that already touts Tyreek Hill and Jaylen Waddle. Sign. Me. Up.

Murphy has all the tools necessary to become a dominant force at the next level. At 275 pounds, Murphy shouldn’t move the way he does carrying that amount of mass. A physical force at the point of attack who very rarely is moved off his spot, he’s technically refined within the trenches and can run like a safety.

We saw the Jacksonville Jaguars take Travon Walker with the top overall pick in April, and there’s buzz within the industry that Murphy could tout a loftier ceiling than the former Bulldog standout. Pairing him with Christian Barmore while working under the tutelage of Bill Belichick could quickly see Murphy progress into an elite defender on Sundays. Grabbing him at No. 13 is a steal.

The NFL is all about traits, and each of the aforementioned signal-callers is dripping with potential.

Richardson—A freak of freak athletes, his dual-threat ability could see him enjoy a Joe Burrow or Zach Wilson-like rise on NFL draft boards this fall. A full year under center will do him well in the eyes of the NFL. If he’s able to produce in ways he’s expected to in Gainesville, buckle up.

Ward—After tossing 47 touchdowns last year at Incarnate Word, Ward was one of the most touted transfers in the portal this winter. If he can put it all together and showcase to scouts he can dissect FBS defenses this fall, his stock could enter warp speed.