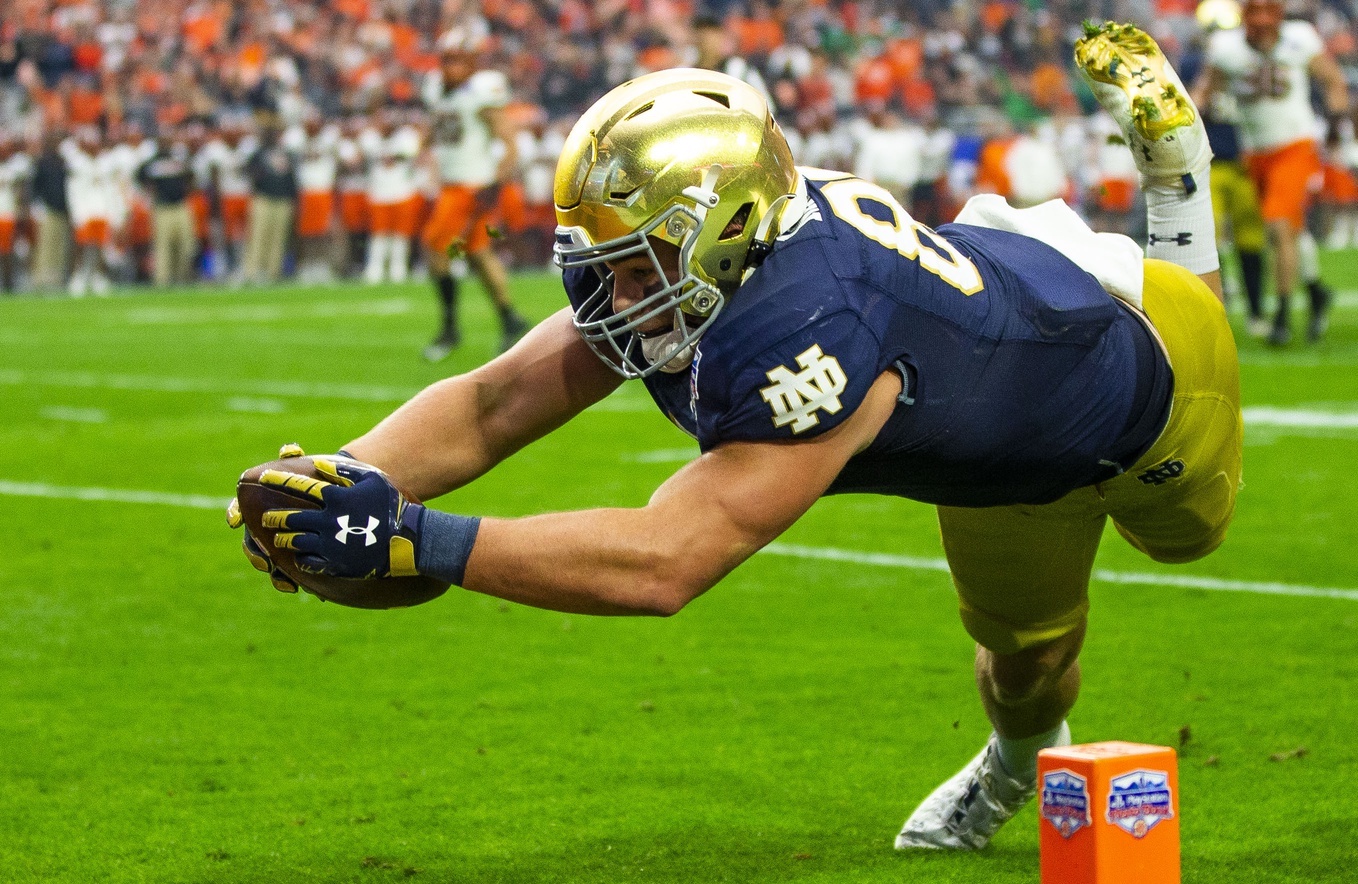 With the NFL regular season coming to a close soon and the CFP set to kick off this weekend, it means one thing and one thing only: the 2023 NFL Draft is rapidly approaching. And with draft season comes an onslaught of NFL mock drafts here at The Draft Network. The order in which names come off the board will look different come April, but with playoff football right around the corner, let’s dive into the first round of Jaime Eisner’s latest NFL Mock Draft.

I think Jaime hit it out of the park in his mock draft with his day-one haul for a much-improved Lions unit. A team currently knocking on the door of the NFC playoffs, adding talents like Wilson opposite of Aidan Hutchinson and Smith across from Jeff Okudah adds both elite athletes at the first and third levels of the defense and foundational defensive prospects that head coach Dan Campbell would coach the heck out of. You could argue Wilson and Smith are the best players at their position, and to get both in Honolulu Blue would be a home run for Detroit.

Gonzalez has a great chance to become a stud, but the Colts have massive needs within the front five and I would not be surprised if they make a move up the board for a face-of-the-franchise-type quarterback. The corner room is by no means in dire need of using a top-five pick to draft one with Stephon Gilmore at CB1—plus, the AFC South (outside of Jacksonville) won’t scare anyone through the air. Oh, and with the No. 37 overall pick early on day two, Indianapolis could grab a high-level corner if they so desire.

Mayer is a man-mover in the run game and has a sure set of hands over the middle of the field and inside the red area. Mayer won’t blow anyone away with his athletic intangibles, but he’ll play in the league for a decade. This is the type of selection that elevates an entire offense, and providing Trevor Lawrence with another weapon in the passing game will only make things tougher on opposing defenses.

You could make a case Carter is the top player in the draft class, and while positional value headlined the top of Jaime’s mock, grabbing him outside the top five is elite value. The Falcons have some nice young pieces on defense in Arnold Ebikitie, Troy Andersen, and DeAngelo Malone, and slotting Carter next to Grady Jarrett along the front four will make head coach Arthur Smith drool.

The big uglies aren’t the sexiest draft selections, but the two aforementioned trench dwellers check all the boxes to become high-level NFL linemen. We live in a day in age where everyone wants the next elite pass-catcher, hybrid linebacker, or shutdown corner, but games continue to be won and lost in the trenches. Schmitz and Vorhees are cornerstone prospects that staple defenders to the dirt within the guts of the front five.