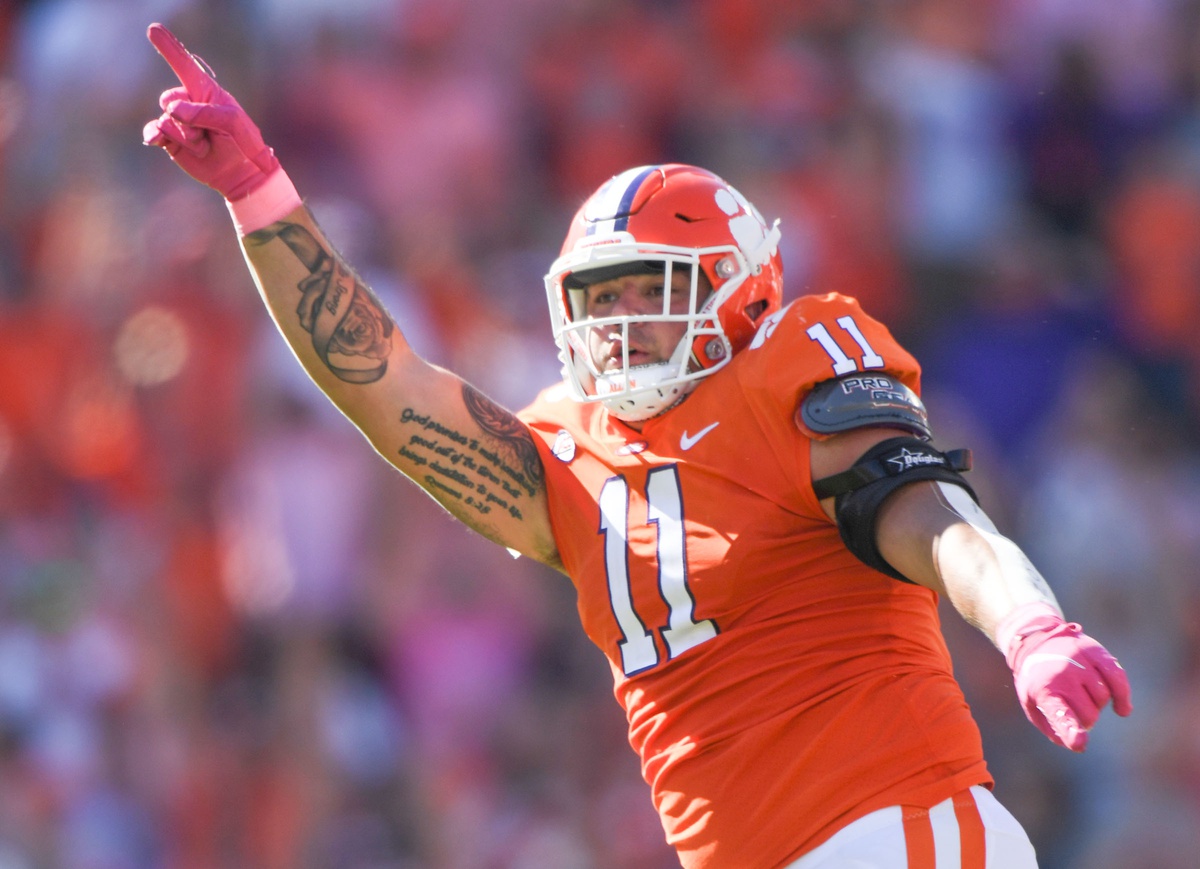 As we approach the beginning of the end of the 2022 season, more and more teams and fan bases are starting to turn their attention to next year’s NFL draft. Each week that passes eliminates more potential playoff contenders, so there are many teams whose best hopes for contention lie now in future seasons. At the same time, many different college players have climbed up (and fallen down) mock draft boards as the end of the college football season approaches.

It’s with this context that Kyle Crabbs’ latest 2023 NFL Mock Draft arrived with some outstanding picks and fits but some question marks from me as well. With some of my own personal opinions and analysis with the help of the latest update of the TDN100 big board, here’s my latest edition of Mocking the Mock.

This one took a slight bit of convincing for me, but once I saw Crabbs’ reasoning for it—the Ravens’ reliance on their rushing attack and the remaining question marks at the running back position—I was all in.

Robinson is not only the best running back prospect in the class, but he’s also one of the best overall prospects in the entire 2023 class. He’s also one of the best running back prospects there has been in the last decade thanks to his unbelievable ability to break big runs open with his great vision, explosiveness, and breakaway speed. Adding him to Baltimore’s backfield next to quarterback Lamar Jackson with the run-heavy schemes they have in place could make the Ravens’ offense even more formidable and downright scary.

Foskey is a phenomenal edge rushing prospect for the Fighting Irish as an impressive athlete who’s budded into a sacks monster over the last couple of years. My question mark isn’t about his worthiness of being a first-round pick—he is—but about the Patriots’ decision to pick him in this mock draft.

New England already has one of the most dominant edge rushers in the NFL in Matthew Judon. While giving him some help on the other side would certainly make their pass rush scarier, there are still bigger needs at other positions.

Wide receiver is one obvious one. Linebacker is another. Ultimately, head coach/general manager Bill Belichick is going to do whatever he wants to do, analysts and media members be damned, but filling in the roster holes at more pressing positions of need would have made more sense to me here.

Oh yeah, this is a good one. Bresee to the Eagles was one of my first thoughts for my favorite pick… because of how good this scheme fit is.

The Eagles’ defense has been a big reason for their success this season with their excellent secondary featuring cornerbacks James Bradberry and Darius Slay and safety C.J. Gardner-Johnson and a solid front seven that has linebacker T.J. Edwards and newcomer edge rusher Robert Quinn. But one of the weaknesses of the defense that got exposed recently was the lack of a dominant force on the interior of their defensive line outside of rookie Jordan Davis. Ndamukong Suh and Linval Joseph have been excellent stopgaps so far, but Philadelphia needs a younger, more permanent solution.

Bresee is a perfect fit here in that role as one of the top prospects in the entire draft class with a great ability to defend the run and penetrate into the backfield when called upon. Alongside Davis, he can represent the beginnings of a new, young, and dominating front seven for the Eagles’ defense.

From a pure tools and player analysis standpoint, Mayer is a top-10 prospect in the 2023 class. But thanks to the relatively low positional value of tight ends, he’s by no means a lock to be even a top-15 or top-20 pick in the 2023 NFL Draft.

For the Cowboys to get him here at 27 is not only great value but fills a likely hole in their offense with current tight end Dalton Schultz playing on the franchise tag. Yes, Dallas also has a rookie tight end in Jake Ferguson, but with Mayer—a more promising prospect as a pass-catcher and blocker—on the board late in the first round, they shouldn’t (and in this mock draft, didn’t) hesitate to add him to their offense.

Simpson: Per our latest TDN100 big board update, Simpson (No. 18 overall, No. 1 LB) is the highest-ranked prospect not included in the mock draft. That’s not necessarily a surprise given the diminishing value of linebackers in today’s NFL, something only further reflected by Crabbs’ lack of any linebackers in his latest mock draft. But Simpson is a very talented prospect that can do everything from dropping in coverage to rushing the quarterback on passing downs and is a very physical finisher as a defender who punishes offensive players with big delivered hits. When it’s all said and done, Simpson may end up out of the first round thanks to the position he plays, but he has all of the talent to be included in the first-round conversation.

Smith-Njigba: Smith-Njigba had incredible production with Ohio State last season with great hands, ball skills, and a strong yards-after-catch ability that he had thanks to his good field vision. That he was able to find such an impactful role in the Buckeyes’ passing offense last year is especially impressive considering the presence of future first-rounders Chris Olave and Garrett Wilson. This year just hasn’t been quite the same for Smith-Njigba, who has been unable to stay on the field with lingering hamstring issues. The lack of film and reps for him this year and the inability to return after injury might be enough to scare some teams away in the first round. Still, that injury doesn’t necessarily prevent him from returning to form as the player he was in 2021 once he does finally return to action. Smith-Njigba could still be worth a first-round pick for a team in need of offensive weapons.