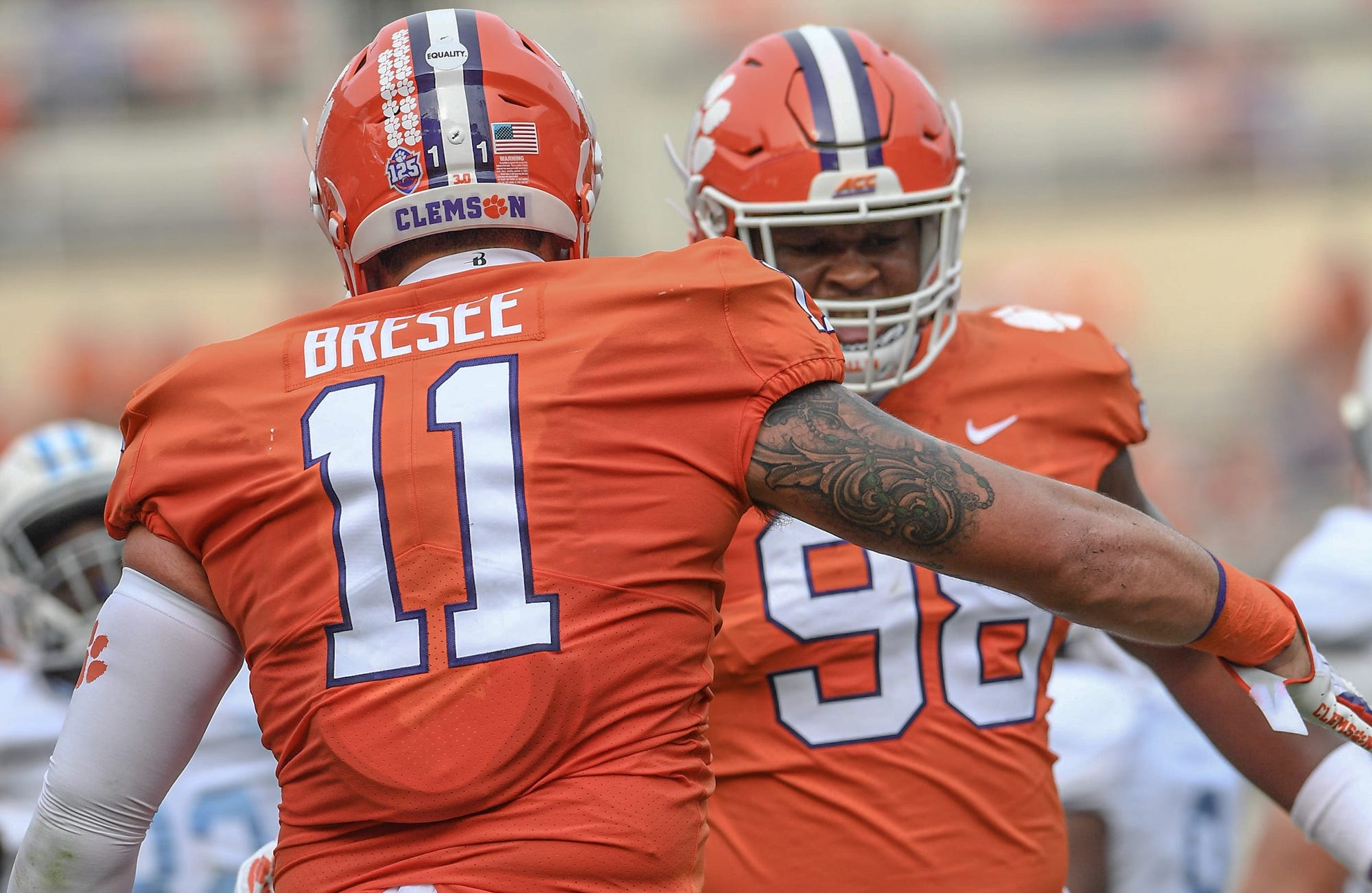 College football season is still a few weeks away but preparation for the 2023 NFL Draft is already in full swing here at The Draft Network. TDN’s team of scouts has already graded nearly 300 players eligible for the 2023 NFL Draft and will soon begin cross-checking each other’s work in anticipation of gaining new film once the 2022 season begins.

The initial TDN100 reveal for the 2023 NFL Draft will take place in August, but, in the meantime, it’s time to introduce an updated Summer Top 25! Our team of scouts submitted their ballots ranking the top players in the upcoming class. Consider these rankings unofficial as they may change by the time the TDN100 list is released.

Below you will see a player’s ranking and one-liner. Double-click on each player’s name for the summer scouting report, including the pros and cons of each player’s game heading into the 2022 season.

*Anderson was the unanimous selection as the No. 1 prospect in the 2023 NFL Draft class

With Anderson’s combination of size, speed, and power we’re expecting a repeat dominant performance from the Alabama edge rusher in 2022.

Carter possesses the power to overwhelm opponents and dirty the quarterback’s lap.

Murphy’s got good length and very dynamic hands, enough to keep tackles working throughout the full set in order to sustain hands.

Robinson appears to be a complete running back that can be a threat to score and always seems to be one cut away from taking a run the distance.

Ringo’s coverage is sticky but physical to cap routes quickly after the release.

Stroud has a variety of clubs in his bag and does well to put the appropriate weight on the football—he knows when to dial up the fastball and when to use his off-speed pitches.

Boutte is a smooth strider that seems to effortlessly get separation down the field, which makes him a big-play threat on every play.

Ricks is a true outside corner that checks the boxes for the height and length that you look for in a starting corner, but his best trait may be his natural instincts at the position.

Mayer has soft hands, excellent ball skills, and showcases firm concentration on passes over the middle of the field—whether he’s running stick routes from 3×1, spot routes over the ball, or working the sideline.

Bresee is twitchy and can rip through lateral contact in order to uncover and then flash to the football with suddenness.

Everything Smith-Njigba does on the field is smooth, focused, and technically refined.

From the snap, Young appears to be a high-IQ quarterback that is able to quickly read defenses and make quick decisions with the football.

Thanks to his adjusted pace tempo, ball skills, run-after-catch ability, and savvy route-running, Addison’s 2021 figures to serve as a launch point for his game and not just the high-water mark.

Sewell possesses outstanding size for the linebacker position and is well built with a muscular upper half and thick lower body.

When Simpson is shooting gaps from depth or wide angles, he brings a lot of force into his challenges to spotlight his ability to deconstruct blocks.

Smith is a twitchy athlete with good speed, loose hips, and quick feet that lead to sticky reps in man coverage.

Gibbs has flashed as a truly dynamic playmaker in all facets of the game: returning kicks, running the football, and catching passes out of the backfield.

Foskey is a dynamic mover in all phases and offers an easy gas pedal to threaten off the edge.

Johnson pairs top-end mobility with an impressive frame that features an athletic build with long limbs.

To’o To’o shows to be a high-IQ football player in the run game in how he is quickly able to decipher through traffic and find ball carriers to make the tackle at or near the line of scrimmage.

Skoronski showcases very good bend through the hinges both vertically and dynamically to stay squatted over his hips and on his center of gravity.

Johnston has a good blend of size and speed, and the short-area quickness just adds another element to his game that makes him a dangerous player on all levels of the football field.

Vorhees is an absolute tone-setter up front and I love the play demeanor he showcases—he’s going to be a pest for any team he plays and a fan favorite for whoever takes him in the NFL draft.

Dexter possesses a rare combination of size and athleticism and uses it to overwhelm offensive linemen in both run defense and pass-rush opportunities.

Blu Kelly has high football intelligence in regard to multiple coverage assignments.