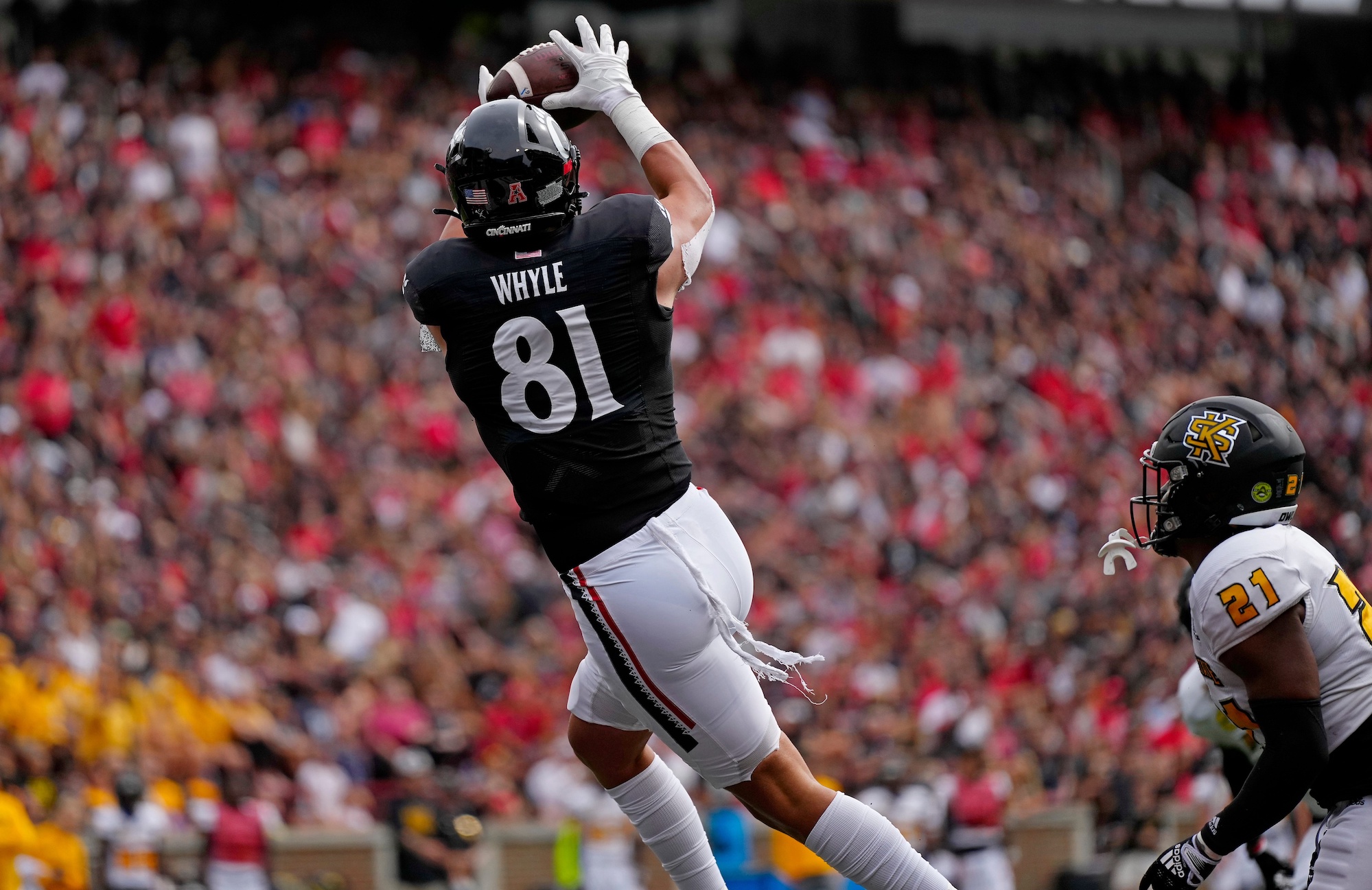 A position that’s progressed unlike any other in football over the last few decades, the precedent of general managers inserting impact in-line weapons has become an overbearing headline each and every offseason for teams lacking at the tight end position. With the rapid development of players entering the league bigger, faster, and stronger than ever, the necessary scouting involved with selecting the ideal prospect with projectability both as an impact player in the run and the pass game has become a game-changing asset to offenses around the NFL.

A spot from the dawn of football initially used as an extension of the offensive line, the tight end has evolved into a position where offensive coordinators place some of their best athletes. Gone are the oversized shoulder pads to fit the lineman-like frames for the tight ends of old, as Tony Gonzalez, Antonio Gates, and Vernon Davis have made way for Travis Kelce, George Kittle, Mark Andrews, and Kyle Pitts to introduce a new, dynamic flavor into the position that has revolutionized the offensive game.

With an exciting pool of players scattered across the country, the 2023 NFL Draft tight end class is an exciting, versatile group of athletes. From Power-5 blue-bloods to mid-major standouts, here is a look into the top NFL draft tight end prospects to know as we head into the pre-draft process.

A big body at 6-foot-4 and 265 pounds, Mayer is the favorite to hear his name called first among his position. A high-floor talent whose ability to showcase sure hands and block in the run game presents a safe talent for teams, he’ll play a decade or more on Sundays. He won’t blow anyone away in the 40 nor will he be a YAC monster at the next level, but if you’re a team in need of a mismatch piece in the passing game that can relocate defensive ends in the ground game, Mayer is your guy. There isn’t much sexy in his game, and there’s nothing wrong with that. He’s a ballplayer.

One of the more impressive athletes in the class, Washington can be a further extension of the offensive line and chess piece in the passing game. A mammoth of a man at 6-foot-7 and 269 pounds, he’s built like a defensive lineman that can run like a wideout. The NFL loves players with traits, and Washington will hold a massive role within an NFL offense from day one.

I love Whyle’s game and I think he’ll be drafted much higher than the industry expects after testing at the combine and his play at the Senior Bowl. He’s an excellent blend of height/weight/speed/ and could be a steal during the middle rounds in April. His knack for creating separation over the middle of the field will translate to Sundays and afford him opportunities to make plays early in his NFL career.

A small-school talent, I wouldn’t be surprised if Kraft makes a few Pro Bowls before it’s all said and done. He’s been overwhelmingly dominant at the FCS level and has everything you want as a nightmare flex weapon in a high-octane passing offense. An elite athlete that can align next to the tackle or outside to the boundary, Kraft can run any route in the book and is aggressive after the catch. As a blocker, he needs work at the point of attack, but his playmaking ability with the ball in the air will force an offense to pump him with targets.

There are fluid route-runners in this class, but Kincaid may hold the top spot at the position in this NFL draft class. Drops will never be a concern, nor will effort, as Kincaid’s motor constantly runs hot when peppered with targets within an offensive series. He’s extremely comfortable within tight confines, showcased the ability to snatch balls out of the air with soft hands, and can stretch a defense down the seam if needed. His 23 catches of 15 or more yards led all Power-5 tight ends.

Expected to open eyes even further during the testing portion of the combine, Musgrave’s tape is impressive enough in the fact that there aren’t many tight ends running away from corners in college football. He’s enticing in the fact that he’s yet to play his best football, and a team in need of a high-level seam-stretcher could fall in love with his game.

A physical talent who doesn’t mind making a living in contested-catch situations, Allen’s frame at 6-foot-5 will give smaller defenders fits. Comfortable when asked to play above the rim, he’s alignment-versatile and remains one of the more underrated talents in the class. In the run game, he plays with above-average technique where he does a nice job walling off and sealing defenders rather than displacing bodies yards away from the line of scrimmage.

A transfer from Penn State, Kuntz has all the goods at the position to become a featured target in a pro passing game. At 6-foot-8, he moves like a man of a much smaller stature and has showcased his route-running ability in a multitude of ways over the last few years. No one will ask him to align next to the tackle and relocate the 5-tech, but if I’m a team in need of a tier-one athlete that will be an electric threat inside the red zone from the onset of his career, Kuntz could be the guy.

LaPorta’s success as a Hawkeye was underwhelming—but consider the lack of talent on offense. Nonetheless, he’s become a legit target in-line that has no issue in moving out to the perimeter and making guys miss on screens—a rarity at the tight end position. Iowa made a habit of getting the ball in his hands as much as they could, and his ceiling excites me if he falls into the right situation at the next level.

A missed-tackle machine, Stover won’t be a high-level target through the air, but his willingness to align anywhere within the offense and execute will earn him a spot somewhere. He made the most of every opportunity within the high-flying Buckeyes offense and always found himself near the football. He’ll be a nice addition for a team in need of depth near the back end of day two of the 2023 NFL Draft.