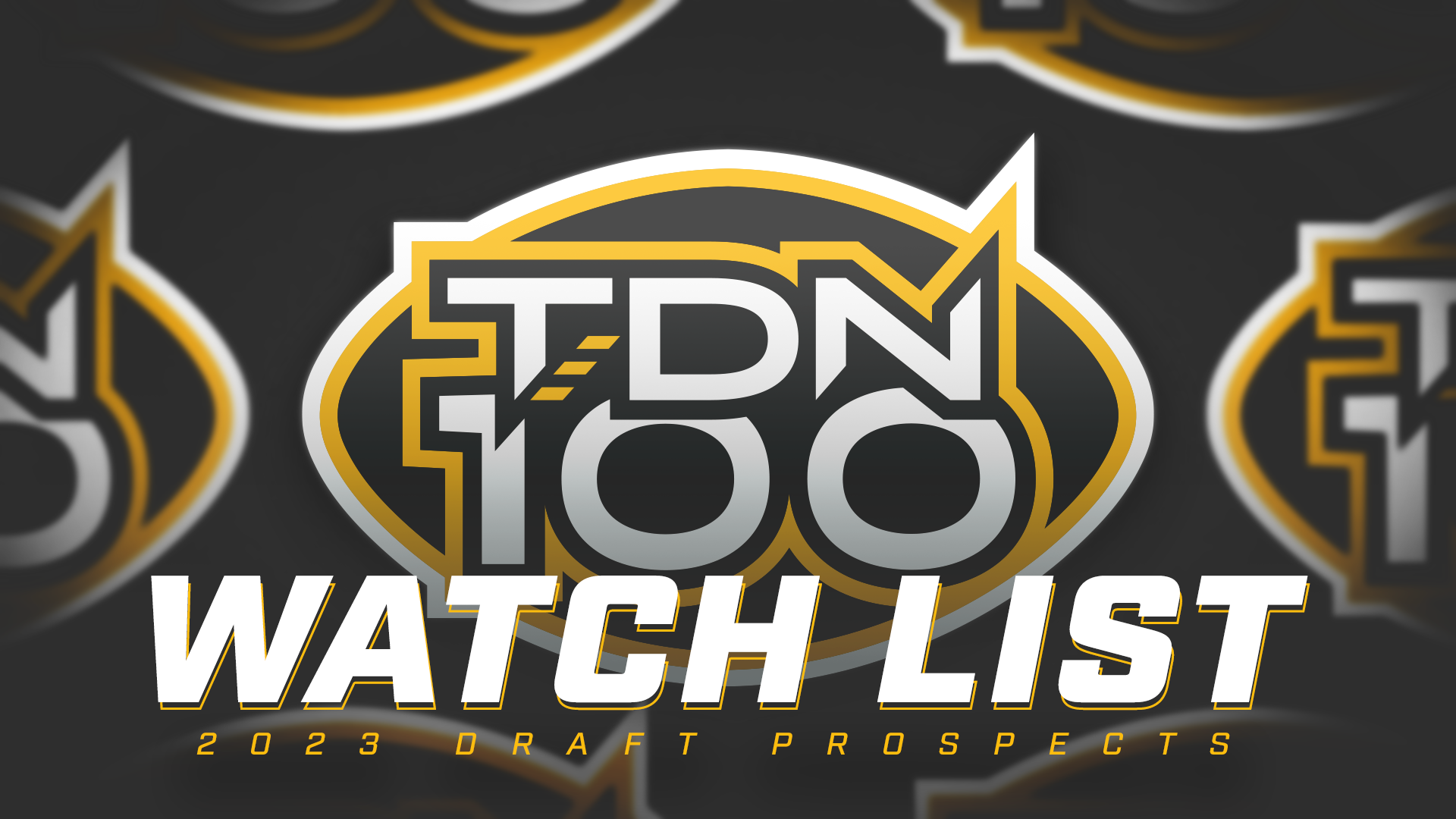 Last season at The Draft Network, we introduced the TDN100, a monthly snapshot of our perception of the top of the NFL draft class that allowed us to highlight our scouting team’s evolution in player opinions as prospects forged their resumes on the football field each weekend. This season, the TDN100 will be back, but we wanted to do our best to set the table for all of our fellow draftniks to be prepped and primed for this summer’s initial release. The TDN Scouting Department has been working on regional scouting grades for the past eight weeks, putting us over 350 player assessments conducted and positioning us to begin crosschecks in August before finalizing a list of our top-100 prospects entering the season this fall.

Our regional scouting process charges an individual scout with scouring through the teams in their jurisdiction and applying a tiered grade to signify approximate value. This allows the scouting team to, upon the start of crosschecks, know which players are most wise to prioritize and watch first to give them a snapshot of the top of the NFL draft class. As crosschecks take place and grades are assigned from all of our scouts, the aggregate score will be tallied and that in turn will help us finalize the order for the TDN100.

The 2023 TDN100 Watch List is our top four tiers of regional grades. The top four assigned tiers we’ve collected are enough to account for 200 players, twice the total that we’ll see laid out with final rankings at the start of the season with the consensus TDN100 release. To keep our focus on the tiers of the talent and not on premature rankings assignments, players within each tier are listed alphabetically by last name. And before you get too upset about what tier your favorite player is in, just know that these prospects will receive four other grade assignments from the rest of the staff—meaning that there is absolutely upward and downward mobility for everyone on the list.

We’ll lay out the expectations for each tier below.

These are the cream of the crop. Tier One players are considered the “blue chip” prospects in the NFL draft class and have a strong resume to warrant first-round consideration next spring if their seasons follow the same script that the previous season did. Ironically enough, this tier is almost big enough to fill the first round entirely—there are 29 prospects who were given Tier One grade assignments from their regional scout at TDN this fall.

Tier Two prospects should be considered strong bets to also see their names fit into the initial round of the TDN100 release in August. With 39 total names scored as Tier Two prospects, we have 68 total names included in the first and second tiers. There’s discourse among our staff in player evaluations, as there should be within every scouting team., but the top two tiers have a clear, inside track to assuring themselves assignment in the top-100 list.

Tier Two grades are players who could potentially make an exponential leap and find themselves as first-round picks in the NFL draft this spring, but we consider them to be strong day-two candidates as things currently stand.

This is where things get wide open. With both the Tier One and TierTwo prospects, there’s only so much variance the grades can get from scout to scout. But in Tier Three, there’s suddenly significant upward AND downward mobility for individual scouts to assign the players. Perhaps, as an example, I was unjustly low on one player from my region in the eyes of the other four scouts assigning grades. The aggregate scoring could still easily catapult a player in this tier into a top-50 grade in the TDN100 release. (We know because we’ve seen it happen within this process in the past!)

Tier Three players have exciting traits but usually have something that is holding us back. It could be experience, an injury, production, or level of competition. But there’s something to like. That appeal just doesn’t come without questions. We have nearly as many names in Tier Three at the end of regional scouting (60) as we do in Tiers One and Two combined (68).

The Tier Four prospects are players who the respective TDN regional scout can see a pathway to becoming a top-100 prospect when it is all said and done. With the addition of Tier Four prospects pushing this watch list to 200 prospects in total, that of course won’t happen for everyone in the queue. Some of the prospects may return to school, while others may endure adversity and see their standing as an NFL draft prospect change dramatically.