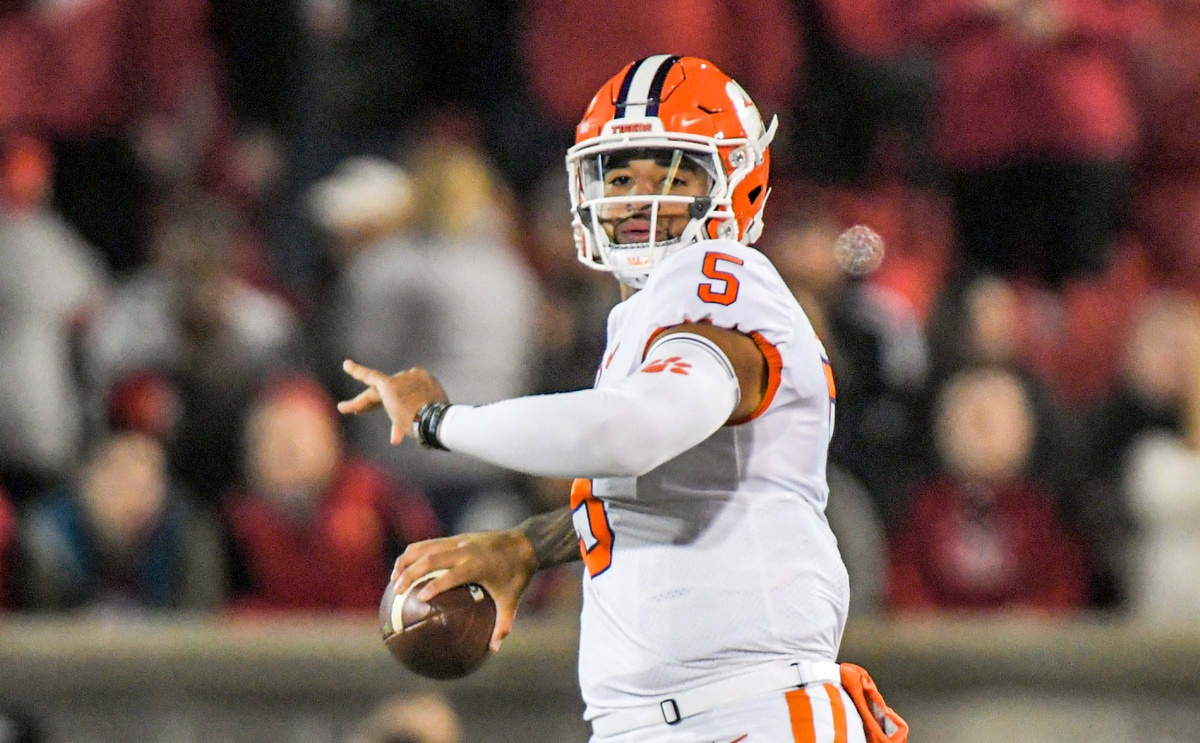 NFL Draft 2023: 7 Players With Most To Prove This Season

The storylines surrounding many of college football’s most polarizing athletes only grow as we move into the summer months—in no small part because of players with new homes by way of the transfer portal or athletes simply looking for a bounceback year. With Week 1 slowly making its way into the foreground, here are a few 2023 NFL Draft eligible athletes with a lot to prove this fall if they idealize hearing their name called by the commissioner next spring.

Back with former offensive coordinator Shane Beamer, Rattler will arguably have the largest spotlight on his game of any signal-caller in the nation. The preseason projected No. 1 overall selection this time last summer, Rattler has nowhere to go but up after a substandard 2021 campaign for the Oklahoma Sooners. Rattler will either recapture his Day 1 draft hype or certify his status as an average, at best, talent under center for the Gamecocks this fall.

A big-armed talent that was initially looked upon as a slight step down from Trevor Lawrence, Uiagalelei’s draft stock is in freefall. Uiagalelei’s performance against Notre Dame in 2020 seems like a lifetime ago and he won’t have as much of a leash as he did last fall with five-star freshman Cade Klubnik breathing down his neck with every snap. Nine touchdown passes compared to 10 interceptions flat out won’t cut it if Clemson looks to make it back to the College Football Playoff—their success hinges on Uiagalalei’s improvement.

You’ll hear a ton about the prestige of ball carriers that are draft-eligible next spring and Ibrahim deserves to be in the conversation for one of the top backs in the country. A two-time 1,000-yard rusher for the Golden Gophers, Ibrahim was on pace for a massive 2021 campaign before suffering a ruptured Achilles tendon. Reassuring scouts he has the same burst, agility, and power that he showed pre-surgery will remain key to nailing down his draft stock.

Projected as a day-two pick throughout last season, To’o To’o returns to captain the lungs of the Alabama defense. A physical, rangy linebacker with a ton of SEC experience under his belt, you will hear his name thrown around a bunch as the potential poster child of the 2023 linebacker class alongside Oregon’s Noah Sewell.

With Gene Chizik back in Chapel Hill, Duck could skyrocket into the conversation as one of the best perimeter stalwarts the ACC has to offer. While touting one of the best names in the country doesn’t hurt, Duck remains an extremely intriguing defender with ideal measurables and mirroring ability to turn his side of the field into a black hole.

The best way to show you’re betting on your game is by returning to school for another season. Chris Olave did it last year for Ohio State, eventually becoming a top-15 pick, and there’s no reason to believe Joseph couldn’t once again dominate the roof of a secondary and evolve into one of the top safeties in next year’s class. Littered with All-America honors the last few seasons, Joseph has everything scouts desire in a day-one impact defender on Sundays.

The Terps haven’t proven they are able—yet—to compete with the big dogs of the Big Ten, but Demus Jr. can match up traits-wise with any pass-catcher in the country. After tearing his ACL against Iowa last fall, early signs in spring ball have shown that he looks to be working back quickly to 100% and should headline an exciting trio of weapons in College Park alongside Rakim Jarrett and Jeshaun Jones. Demus Jr. has round-one-caliber athletic ability written all over him and will look to follow in the steps of Darnell Savage (2019) and D.J. Moore (2018) as the next Terrapin to come off the board on the first night of NFL draft weekend.