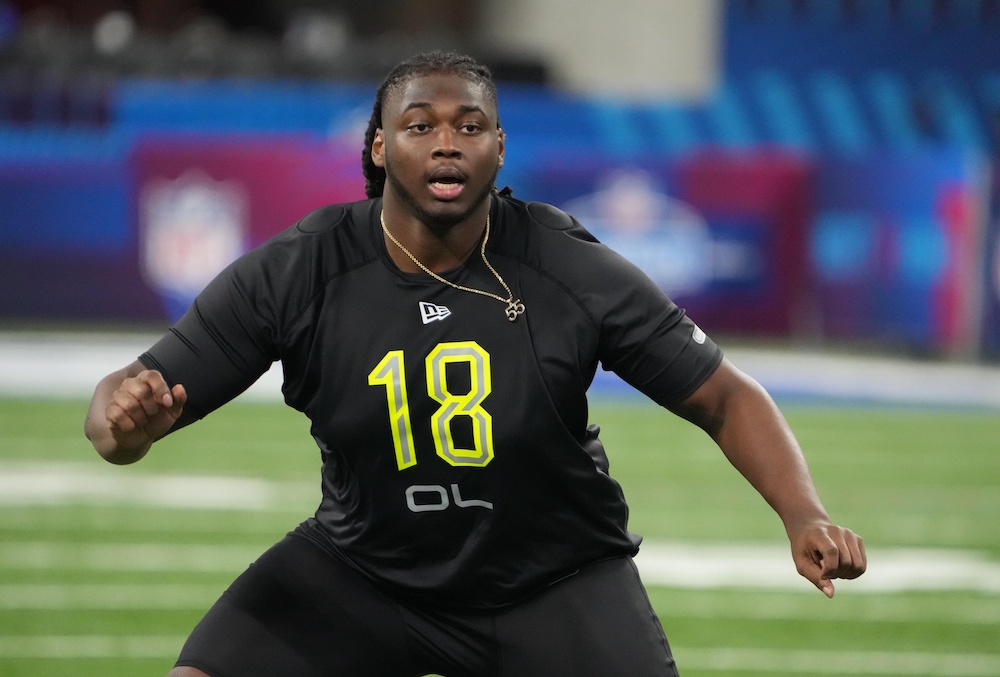 Similar to the trend we’ve seen in the NBA, the NFL has seen its game progress to where versatility is king. The ability to do it all and do it well earns you snaps and with limitless positional versatility becoming a must-have on both sides of the ball, the 2022 NFL Draft has plenty of talent that can wear a multitude of hats. Here are some of my favorite ‘positionless’ prospects in the upcoming draft.

A true three-level impact defender, his presence will make every other player better. The modern-day NFL safety needs the ability to cover the ceiling of the defense while also playing physical in the box and Hamilton’s alien-like range and instincts are just a few reasons why he’s my best-player-available in the draft.

A talent with All-America honors on both sides of the football, he’s a one-of-one in this year’s draft class. A quarterback, turned running back, turned fullback, turned linebacker, he checks all the boxes as a potential impact player with scheme versatility on Sundays. The Big Sky Conference Freshman of the Year in 2017, Andersen aligned at both outside linebacker and in the backfield. He switched to quarterback in the spring leading up to his 2018 campaign and while that transition usually takes months, if not years, his prep background as a two-time All-State gun-slinger masked any limitations Andersen had under center. While he went on to earn All-America honors once again that year and the following fall, Andersen has made the switch back to the defensive side of the ball for good. He proceeded to light up the Senior Bowl, dominate at the NFL Scouting Combine and solidify his status as a high day two selection and the ultimate chess piece within a defense.

An edge rusher by nature, and a 3-tech defensive tackle by size, Walker can do it all along the defensive front. A quick riser in a deep trench talent pool, there’s a reason why rumors have begun to fly surrounding his potential as the top overall selection to Jacksonville. A massive man with the ability to wrangle down ball-carriers in the A and B-gaps, only to slide to the outside as a pass rusher and slither around the tackle for a sack, Walker’s versatility is second to none along the front seven, and will cause him to wreak havoc early and often at the next level.

One of the most explosive wideouts in the class, Austin is lightning in a bottle who should be able to have an impact wherever he aligns. Completely un-coverable during his time at Memphis, Mobile ended up setting Austin apart from many of the wideouts in a deep pass-catcher talent pool. His size may cause teams to shy away but his short-area quickness, sure hands and monstrous yards after the catch ability will present a heck of a weapon for whatever offense he lands in.

With experience at every spot but center, Green is a one-size-fits-all for a team in need of an immediate boost along the offensive line. His immediate projection comes as a high-level guard, but I wouldn’t be surprised if his athletic profile at some point sees him kick outside to tackle to get him in more space in the run game.

It remains to be seen if his immediate workload in the NFL comes at safety or corner, but Hill has the versatility to play both at a high level and fill a multitude of spots for any defense he enters. After playing a hybrid role in the Michigan defense for multiple seasons, Hill’s elite athletic ability and explosiveness will allow him to make plays on the football both inside and outside the hashes.

The NFL loves gadgets, and if you’re a 6-foot-5 prospect that ran a 4.36 40 with 34-inch arms and a 37-inch vert at 246 pounds, someone will find a spot for you. Projected to come off the board late on Day 3, Barno remains a massive project but if a team is looking for a hybrid linebacker/edge rusher with the ability to spy a quarterback or drop in coverage to offer unique defensive looks, Barno could work himself into snaps early in his career.