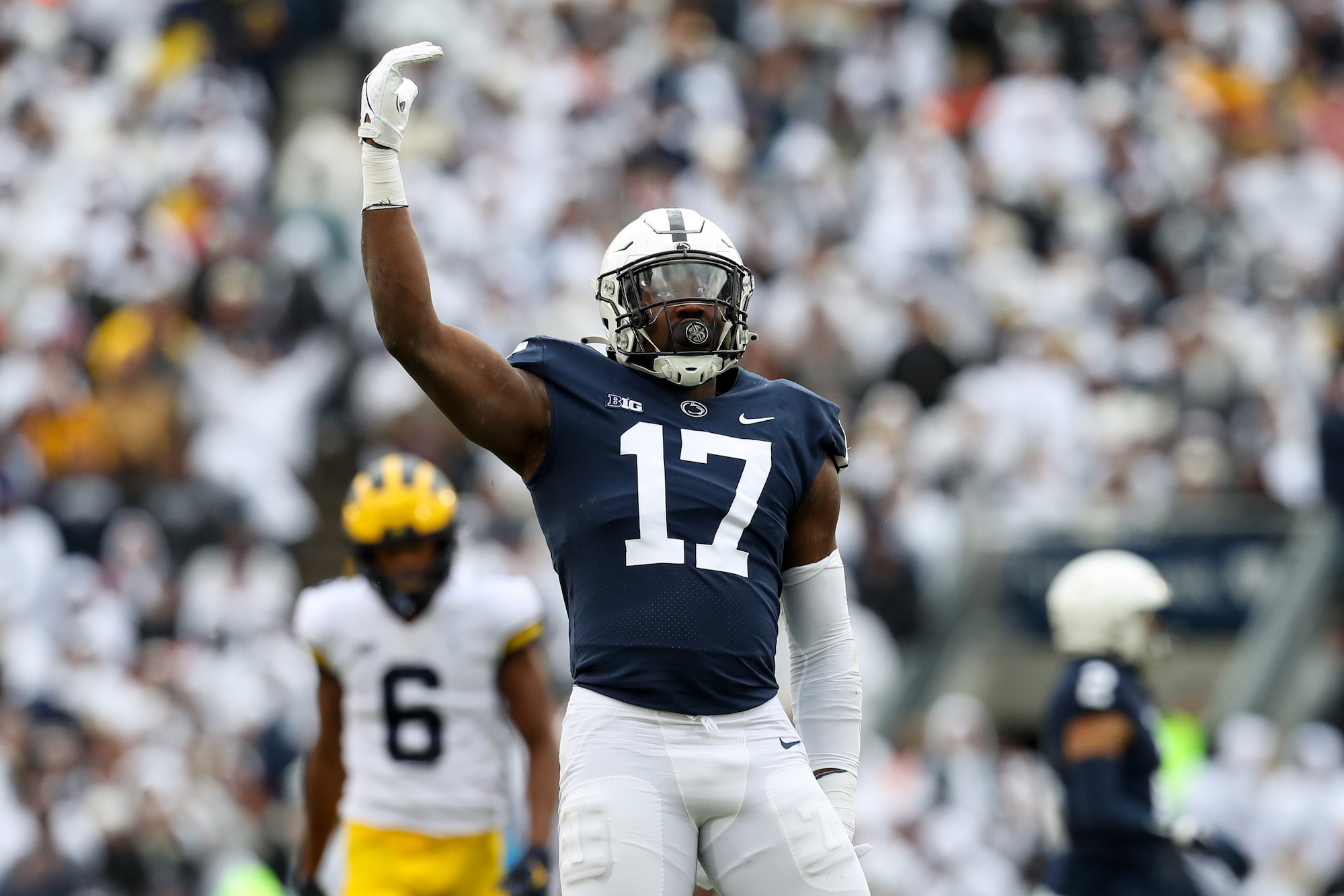 NFL Draft 2022: 6 Players Who Could Be Surprise 1st Rounders

With just a little over a week away until Roger Goodell takes the stage in Las Vegas to officially open the 2022 NFL Draft, we here at The Draft Network have you covered from all angles as we near Round 1. While it’s a draft considered to possess starter-caliber depth late into Day 3, our focus in this article remains on the first 32 picks and a few talents that could go much higher than expected. Don’t be shocked to hear these names come off the board before the lights dim on night one in Vegas.

A semi-finalist for the Jim Thorpe Award last fall (given annually to the nation’s top defensive back), safety Lewis Cine has flown under the radar in comparison to his spotlighted Bulldogs teammates. While the safety position—like the backfield—has decreased in positional value over the years, identifying the true workload that coincides with playing the position forces athletes to possess one of the more versatile skill sets of any position on either side of the ball.

At 6-foot-1, Cine packs a healthy punch and tools that suggest he’ll thrive immediately on Sundays. He’s a downhill defender who looks to knock your mouthpiece out and I won’t be shocked if a team like Dallas, Kansas City, or Cincinnati were to pull the trigger on the high-energy athlete.

Playing a position in today’s NFL where both three-down impact edge defenders and rotational third-down pass rushers make up the front seven of a team’s rotation, Boye Mafe has seen his stock rise significantly in the last few months. Built like a tank who’s dripping with potential, while many have compared his raw ability to the likes of Baltimore Ravens 2021 first-rounder Odafe Oweh as a guy defensive line coaches would fall in love with if given the chance to work with, Mafe—who proved at the Senior Bowl he not only belonged with the country’s elite talent, but left Mobile as one of the true winners of the event—could very well see his name called in Round 1.

Similar to the pick made last year when New Orleans added Payton Turner—or when Seattle added L.J. Collier, and Washington added Montez Sweat in 2019—tools don’t last long on the edge, and Mafe has all the makings of a talent who could wreak havoc from the onset of his career.

One of college football’s standout performers as a freshman in 2019, George Pickens’ stock has mirrored that of LSU standout corner Derek Stingley Jr. After multiple seasons of injuries and limited production, the flame surrounding his projection simmered. However, following an excellent pre-draft circuit where his recovery from a torn ACL looks to have him at 100%, we could see a bidding war at the backend of the first round for teams looking for an uber-athletic wideout with Pro Bowl potential dripping off of his 6-foot-3 frame.

A former wideout by trade, Tariq Woolen enters the draft process with just two years of experience as an outside defender. In a day in age where athletic profiles often trump technicality, where teams will opt to bring a player in and coach them up to produce a refined product, you’d be hard-pressed to find a prospect in the class with as high a ceiling as Woolen if everything clicks.

A tick over 200 pounds, Woolen is a wiry, aggressive cornerback whose vertical prowess on the perimeter, at the forefront, presents an intimidating matchup for smaller, slower wideouts. While he’d likely be the first guy off the board if the upcoming class lined up in a t-shirt and shorts in a pickup game, he’s a pterodactyl on the perimeter whose range and quickness to close down what looked like open grass has presented elite traits to work with for teams in need of a corner help. While many past NFL ceiling defenders have made the switch from receiver to corner, Woolen’s technical prowess and continued improvement in his mirroring ability are years ahead of where guys like Trevon Diggs out of Alabama and Quinton Dunbar out of Florida were out of college—both of whom were four-star wideouts at the prep level before making the jump to the defensive side of the ball in the SEC.

What stands out for Woolen is his lower-half explosion and fluidity. Sure, it’s nice to have elite linear north-south speed, but if you’re unable to change directions, T-step to close, or flip your hips to remain in phase with opposing wideouts in fifth gear, you simply won’t earn snaps. For Woolen, his ability to consistently remain balanced with feathery feet and a powerful closing step has consistently seen him flash on film working both downhill near the LOS when asked to make tackles in open space or close on pass-catchers’ hands at the point of contact.

Although many have looked to find flaws in Woolen’s game, where, yes, just because you are a premier athlete doesn’t mean it will translate in between the lines, Woolen is different and vastly unique in the fact that his herculean testing numbers aren’t just percentiles to ‘wow’ at on a spreadsheet. After an outstanding Senior Bowl, Combine, and Pro Day circuit, he’s become one of the most tantalizing prospects in the class.

Similar to the arc that Mafe has enjoyed, Arnold Ebiketie’s stock has a jetpack attached to it in the home stretch of the pre-draft process. Like we saw with Oweh last year, teams tend to bet on traits, and the twitched-up Ebiketie has the necessary skill set to become one of the premier rushers in the rookie class.

A transfer from Temple, Ebiketie’s game soared to new heights in Happy Valley and is only improving with each snap he earns. Whether he progresses into a true three-down defender or begins his career as a designated pass-rusher on long down and distances, you can never have enough guys that can push the pocket, and Ebiketie fits the script.

Labeled as an “undersized” defender throughout the pre-draft process, turn on the film and give me a reason why Jalen Pitre can’t represent the second safety off the board. A three-level defender who’s instincts and football intelligence allows him to constantly place his body in the necessary spot to make plays on the football, he will have an immediate impact wherever he lands. The standout defender within an impressive Baylor Bears defense this fall, Pitre’s play leads by example and will represent an alpha at the apex of his next unit.