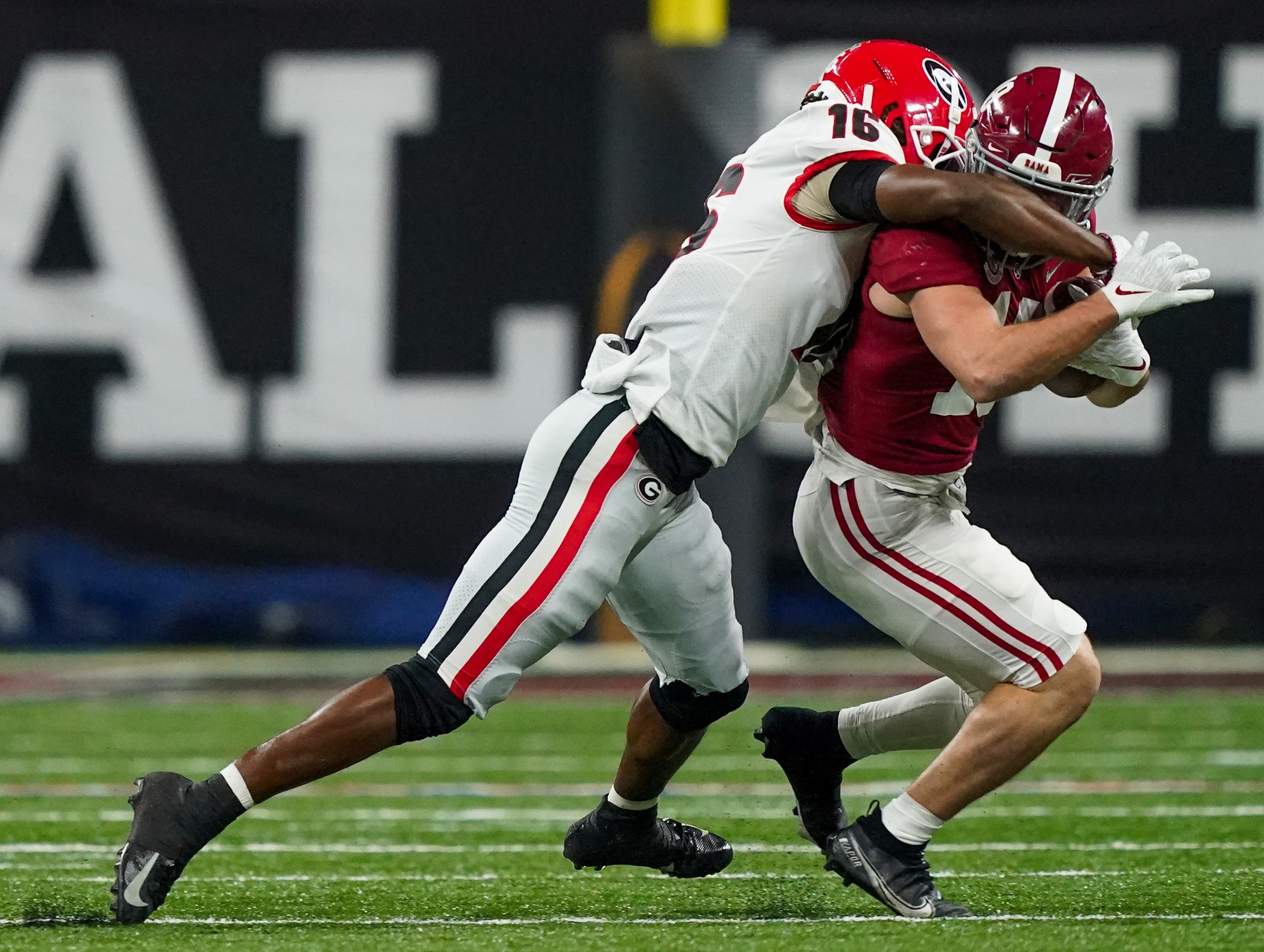 Who Will Be Second Safety Taken in 2022 NFL Draft?

Who comes off the board after Kyle Hamilton? It’s the question we’ve asked ourselves throughout the evaluation process and with just nine days until the first round of the 2022 NFL Draft kicks off in Las Vegas, the safety class remains as up in the air as ever, save for the Notre Dame standout. It’s a group of talented defenders dripping with potential and unique skill sets in comparison to each other, so let’s make the case for each to earn the label of ‘SAF2.’

Brisker is a three-level defender whose presence for the Nittany Lions was evident on tape week after week. There aren’t many defenders with the versatility and willingness to stick his face in the mud more than him and he’s a unique athlete that will leave zero boxes unchecked. What makes Brisker so projectable – and intriguing – is his physicality at every level. Very rarely do you see safeties blowing up offensive lineman near the line scrimmage in short yardage situations only to roll back as the middle of the field safety in Cover 3 on the next play. It’s a tough ask and as teams work in sub packages a majority of the time to counter the pass-happy offenses littered across the league, having a talent like Brisker on the board if you’re Kansas City, Dallas or Minnesota in the backend of the first round or into Day 2 could be a home run scenario.

A semi-finalist for the Jim Thorpe Award last fall (given annually to the nation’s top defensive back), safety Lewis Cine has flown under the radar in comparison to his more spotlighted Georgia teammates. While the safety position—like the defensive backfield as a whole—has arguably decreased in positional value over the years, identifying the true workload that coincides with playing the position forces athletes to possess one of the more versatile skill sets of any position on either side of the ball. At 6-foot-1, Cine packs a healthy punch and tools that suggest he’ll thrive immediately on Sundays. He’s a downhill defender who looks to knock your mouthpiece out and is a talent currently skyrocketing up draft boards due to his culture-changing style of play at the backend.

Who knows if Hill initially aligns at safety or corner at the onset of his career, but his athletic profile is the exact type of player defensive coordinators drool over as a ball of clay with acknack for doing it all, and doing it well. He’s not as physical as Cine or Brisker, but Hill’s explosiveness and ability to make plays on the football was evident throughout his time at Michigan. A player who I believe will develop into a true ballhawking defender with premier aerial ability, Hill’s performance ceiling may remain the highest of any safety in the class.

Labeled as an “undersized” defender throughout the pre-draft process, turn on the film and give me a reason why Jalen Pitre can’t be the second safety off the board. A three-level defender whose instincts and football intelligence allows him to constantly place his body in the necessary spot to make plays on the football, he will have an immediate impact wherever he lands. Pitre was a standout player for an impressive Baylor Bears defense this fall and his play leads by example, sure to be an alpha at the apex of his next unit.

Cine was the glue that held the Georgia defense together this past fall and while it’s taken a little while for league circles to make their way around to his impressive game, I expect Cine to hear his name called before any of his aforementioned classmates. His physicality remains the most impressive of any secondary defender in the class and he is the type of player to rejuvenate a back four.