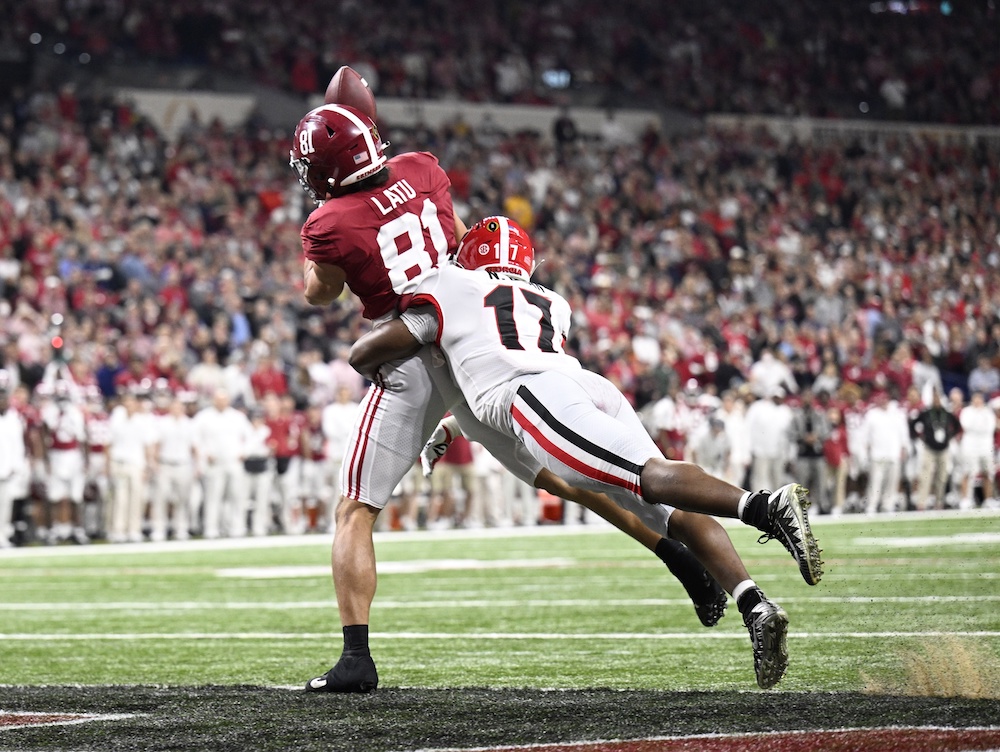 The 2022 NFL Draft class is stocked to the ceiling with defensive talent and the battle for the top linebacker prospect has been the gift that keeps on giving. Utah’s Devin Lloyd and Georgia’s Nakobe Dean have drawn the spotlight – deservedly so – and while it won’t be a shock to hear one of the two defenders’ name called as the first linebacker off the board come draft day, the question remains what separates one from the other. Why does one look to fit the mold of an immediate impact defender more so than his counterpart? Let’s dive right in.

Lloyd was the nucleus for a Utes defense that consistently ranked among the country’s premier units. As Lloyd went, the Utes went, and his skill set makes his case for ‘LB1.’ While the headlining athletes of the SEC, Big Ten and ACC often garner more headlines, a quick peek at Lloyd’s film tells you everything you need to know towards the impact he’ll have as a three-down linebacker on Sundays. With over 30 starts in the middle of the Utah defense, you won’t find a more refined, fundamentally sound defender in the class. He is a textbook tackler at the point of attack with a violent temperament when wrangling down ball-carriers. He has the ability to range back in coverage working in man or flash downhill to make plays on the football – he had four interceptions in 2021. Lloyd’s stock has suffered a little bit from draft fatigue as a prospect who has constantly been the topic of conversation at the linebacker spot. He doesn’t do anything sexy in comparison to Dean – an uber-explosive and twitched up athlete – but his range is ideal, his football intelligence is impressive and his well-rounded skill set should allow him to become a green-dot in the middle of a defense for the foreseeable future.

For Dean, he needs no introduction. While some have shied away from anointing him as the class’ de facto top linebacker due to his size, allow me to stand on the hilltop for himl. Dean is a culture-changing type of athlete at the second level, not to mention creases were easy to fill and lanes were often found vacant for him to access with the presence of Devonte Wyatt and Jordan Davis eating up blocks up front. His abilities should provide a seamless transition to the fast-paced, ever-evolving NFL game. Experienced with covering pass-catchers in man situations on the outside, he presents not only an anchor in the middle as a physical run defender but the ideal chess piece to allow teams to get creative on passing downs due to his comfortability in space. With 72 tackles and 6.0 sacks in his junior campaign, his progression as a talent with the ability to wreak havoc in the backfield should also intrigue teams who want to crowd the pocket and make life miserable on a weekly basis for opposing signal-callers. By no means does he tout the pass-rush traits that Micah Parsons offered coming out last spring, but if you need a guy to blitz the B-gaps with ideal recognition abilities to blow up screen plays or eliminate throwing windows, Dean fits the script.

Two athletes who could both fall into Day 2 simply due to positional need of teams within the first 32 selections, Dean and Lloyd will provide a breath of fresh air into the lungs of whichever defense they soon call home. While both will enjoy their fair share of flash in their first professional season and should go on to represent defensive anchors for their respective franchises, Dean is my ‘LB1,’ and I have zero concerns towards his success at the next level fueled thanks to an alpha mentality that will command the attention of a locker room.