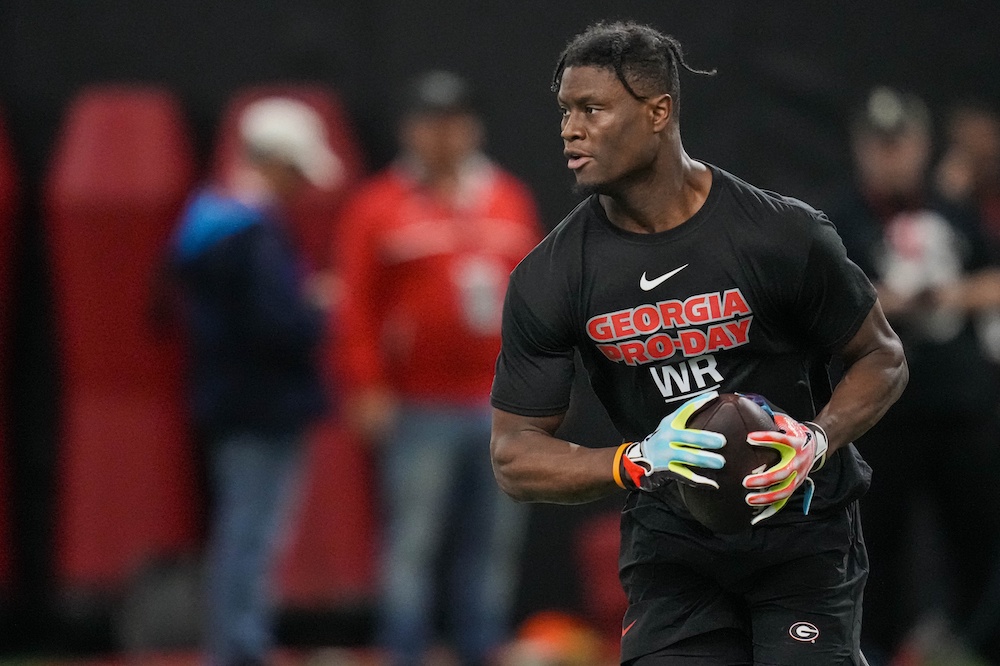 It’s become blatantly obvious that the Chicago Bears intend on using the 2022 NFL Draft as the primary means to upgrade their wide receiver corps. It’s a strategy that will take some time to determine how smart it is, but after signing only Byron Pringle and Equanimeous St. Brown in free agency, there’s no turning back for General Manager Ryan Poles.

Let’s take a look at the level of talent the Bears could add to their wide receiver room from this year’s class with a realistic target in each round that Chicago owns a pick in the 2022 NFL Draft.

Pickens may end up being the most realistic second-round target for the Bears by the time draft weekend rolls around. The number of teams who’ve entered the first-round wide receiver market has increased after recent blockbuster trades involving Davante Adamds and Tyreek Hill, which by default will push prospects who were expected to be on the board at No. 39 overall into the late-first-round conversation.

Pickens, however, remains an under-the-radar high-end prospect who hasn’t received the amount of fanfare he deserves in the run-up to the 2022 NFL Draft. He’s been victimized by recency bias and it’ll benefit the Bears.

Pickens tore his ACL in spring workouts prior to the 2021 season and didn’t return to the field until the college football playoffs. He proved in limited reps that he was close to full health and his performance at the 2022 NFL Scouting Combine confirmed he’ll be 100% ready to go for training camp – he ran a 4.47 40-yard dash.

Despite several wide receivers having higher pre-draft grades, it’s Pickens who could end up being the best of the bunch when we look back at this class two or three years from now.

A top-shelf route-runner and ideal slot target, Shakir would be fantastic value for the Bears in the third round. He was one of the stars at the 2022 Senior Bowl and his athletic scores at the NFL Scouting Combine confirmed he has the twitch and burst to thrive in the pro game.

The Bears need a slot receiver to complement Darnell Mooney and Pringle, assuming the free-agent signing indeed ends up starting opposite Mooney. Shakir fits that job description perfectly and can have the kind of impact for the Bears that Amon-Ra St. Brown had for the Detroit Lions as a fourth-round pick in 2021.

Once we get to day three of the 2022 NFL Draft, the focus will be on traits – height, weight and speed. Doubs, who didn’t run the 40-yard dash at the NFL Scouting Combine, flashes on film as a prospect who can be a legitimate downfield threat in the league. At 6-foot-2 and 201 pounds, he has the size to be a physical outside target, too.

While it’s unlikely a player like Doubs will be ready to step in and be an immediate contributor early in his career, he has a foundation of skills that will have pro wide receiver coaches excited.

I’m a big Velus Jones fan and think he’s one of the deep sleepers at wide receiver in this year’s draft. He blazed a 4.31 40-yard dash at the NFL Scouting Combine and at 6-foot and 204 pounds, he has an intriguing Deebo Samuel-lite skill set.

Jones is an older prospect (24 years old) and that’ll deter some teams from taking an early-round swing on him. If he’s hanging around at this point on day three, his athletic profile is just too exciting to pass on.