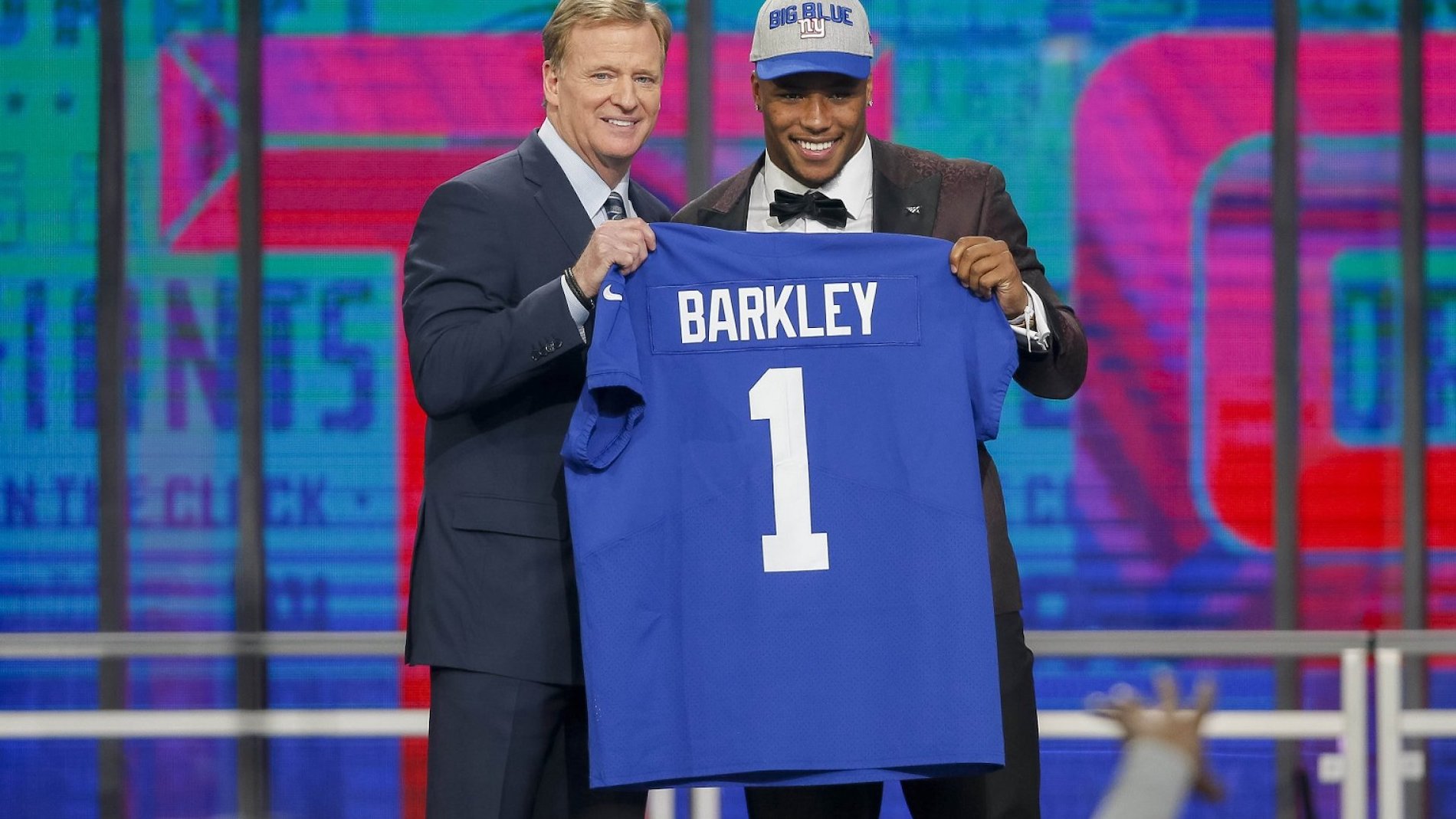 Let’s take a time machine back to 2018, shall we? An NFL draft class stacked with headlining first-rounders and two mid-round superstars in Mark Andrews and Fred Warner, the top 10 included a ton of high-level playmakers still in their prime as we enter 2022.

Here is how each of the picks has progressed now four years into the future.

A 59-game starter in four seasons, Mayfield led the Browns to a lone playoff appearance in 2019 and is now set to start for the Carolina Panthers this fall. While an 11-5 season in 2020 raised a banner of optimism toward his career arc, he and Cleveland’s front office failed to mesh and he failed to find his footing with consistent average to below average play.

Expectations were expectedly lofty as the No. 1 overall pick, but Mayfield failed to reach his performance ceiling in Cleveland.

It didn’t take long for Barkley to establish himself as one of the top ball carriers in football, amassing more than 1,300 yards on the ground in year one. However, it’s been much to the contrary in the seasons to follow. While a finger of blame deserves to be pointed at the lack of movement up front, his inability to stay 100% – and productive when available –  has muddied his future in New York.

I expect a bounce-back year for him this fall with reinforcements made within the trenches this offseason, but he’s yet to live up to top-two pick hype since his days at Penn State.

The second of four quarterbacks taken within the top 10 of the 2018 NFL Draft, Darnold was flat-out awful in New York. Beyond a litany of drama that constantly leaked through the walls of the Jets’ facility surrounding the young quarterback, what we saw on Sundays was ugly. Darnold now enters year two in Carolina where he’ll back up Mayfield.

A two-time Pro Bowler thus far in his career, Ward has blossomed into one of the top corners in football. A smooth-moving perimeter stalwart, while attention centered around Mayfield as the top overall pick in Cleveland, Ward outperformed the 2017 Heisman Trophy winner and will only continue to improve as he earns more and more snaps on the outside. His 10 interceptions rank fourth in the class as he heads into year five.
Grade: A

Year one has proven to be a flash in the pan thus far into his career. 12.0 sacks in 16 games quickly earned him the attention of the league, but since 2018, the former N.C. State standout has amassed just 8.5 sacks combined in three seasons. Health has remained the kicker for Chubb, and while proven productive when available, he remains a “what if” each year.

Already a three-time All-Pro in the early stages of his career, Nelson is one of the top linemen in football and will remain so until he decides to hang ‘em up for good.

It’s not often an interior offensive lineman represents one of the faces of the franchise, but Nelson remains the straw that stirs the drink for the Colts’ elite ground game. He is one of the most dominant man-movers to enter the game in some time.

It wasn’t hard to find an army of skeptics surrounding Allen’s game as an NFL draft talent coming out of Wyoming. A massive man with an even larger set of tools under center, he’s evolved into one of the top dual-threat talents in the game today. Not only does he tout the ability to change a game with his legs, at 6-foot-5 and 237 pounds, Allen touts a bazooka on his shoulder that would make even Uncle Rico jealous.

One of the league’s most underrated talents, Smith is consistent as they come at the second level. A sideline-to-sideline defender who plays with a battery pack in his shoulder pads, Smith remains one of the lone bright spots for the rebuilding Bears.

He’s yet to earn the accolades that usually come with a player of his statistical prowess, but his presence in the middle of the Chicago defense is the anchor that holds it all together. His 524 combined tackles and 43 tackles for loss paint a clear picture of the impact he’s had in four seasons.

The first tackle off the board in the 2018 NFL draft, McGlinchey has been “just fine” on the right side for Kyle Shanahan’s unit. He hasn’t moved the needle at all as a dominant force in either the ground game or in his pass sets, but 52 starts in four seasons have kept his spot locked up, and the same can be said moving into 2022. Injuries forced him into just eight starts last fall, but now back at full strength, he and Trent Williams represent one of the more intimidating bookend units in the league.