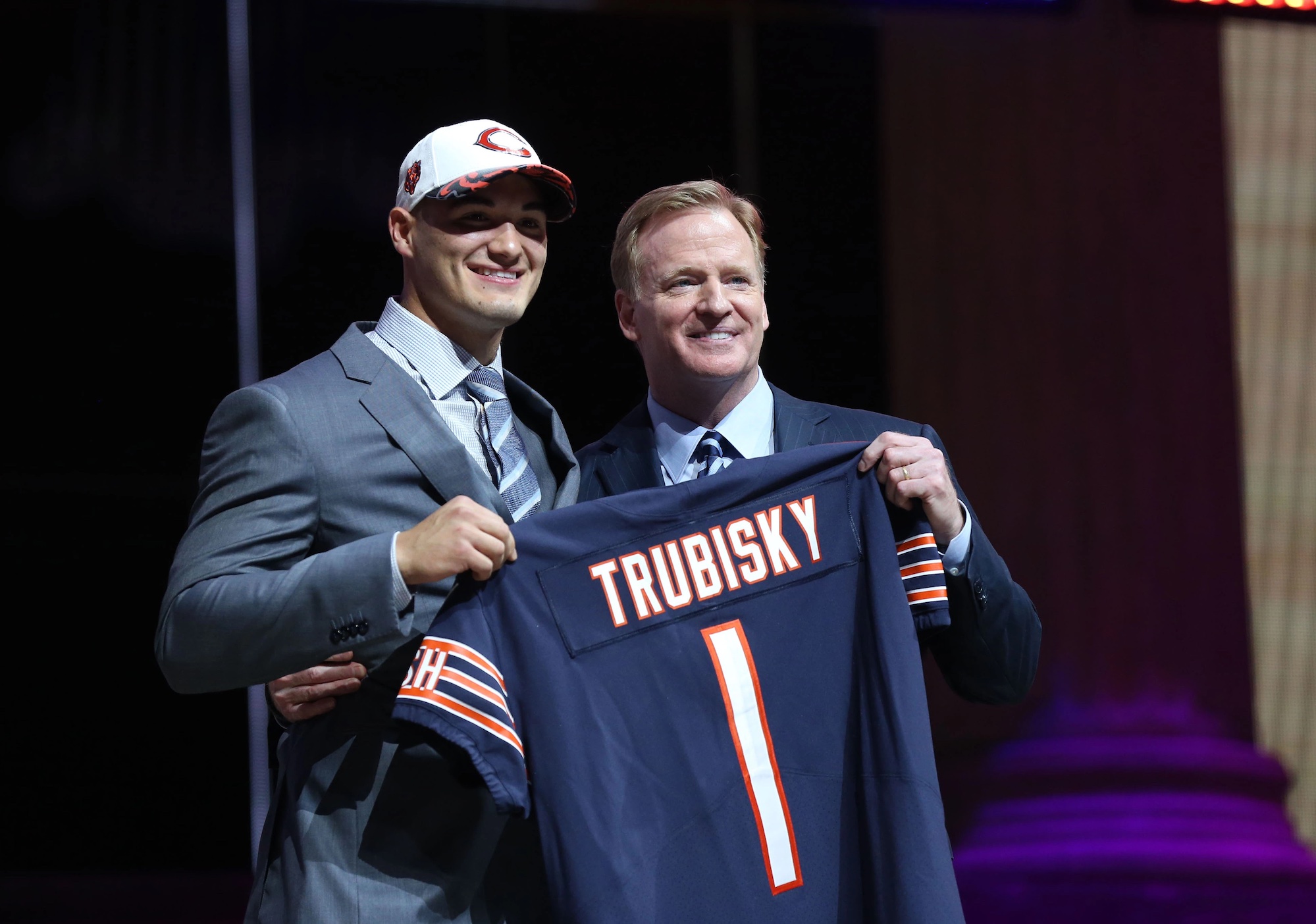 Let’s take a time machine back to 2017, shall we? An NFL draft class stacked with headlining first-rounders and two mid-round superstars in Cooper Kupp and Alvin Kamara, the top 10 included a ton of high-level playmakers still in their prime as we enter 2022.

Here is how each of the picks has progressed now five years into the future.

After recording seven sacks in his rookie season, Garrett has evolved into a perennial All-Pro and a force opposing offenses are forced to game plan against each and every week. A unique blend of speed, power, and flexibility to stress the outside shoulder of the tackle, Garrett has the ability to wreck a game at any moment. One of the league’s favorites for Defensive Player of the Year each and every fall, he’s totaled 58.5 sacks in his first handful of seasons and looks to be just now scratching the surface of his performance ceiling.

His second season in Chicago (11-3) proved to be a flash in the pan in what was a failed marriage on all fronts. After a pit stop in Buffalo in 2021, Trubisky is expected to challenge rookie Kenny Pickett for the starting nod in Pittsburgh this year. Despite finishing his four years with the Bears with a positive win-loss record and two trips to the postseason (0-2), as the No. 2 overall pick in the 2017 NFL Draft, it’s a ‘D’ for me.

An inside-out versatile defender during his time at Stanford, Thomas was never able to find his footing in the NFL. Although he and 2016 first-rounder DeForest Buckner were expected to blossom into the future up front for the 49ers, Thomas played out his rookie contract as a rotational defender and now enters his first year with the Jets after a productive season with the Raiders.

Two of his three seasons in Jacksonville saw him eclipse the 1,000-yard plateau but injuries hampered his production in each of his first two years, leaving a massive ‘what if’ within the walls of the Jaguars’ facility. After declining his fifth-year option prior to his fourth season, the Jaguars were unable to trade the powerful back, waiving Fournette in August of 2020. Now entering year three with Tampa Bay, Fournette remains Todd Bowles’ bellcow back and should once again work into a substantial workload.

While he never progressed into a superstar on the perimeter that the Titans thought they were drafting out of Western Michigan, it could have been a John Ross situation—which we’ll get to in a bit. Nearly 3,000 yards receiving and 11 touchdowns aren’t numbers to scoff at, but as a top-five NFL draft pick, Tennessee expected more… much more.

His final season in New York (2019) proved to be his best as he earned his lone All-Pro nod, but Adams never evolved into the menacing secondary presence New York expected him to be out of LSU. Expected to quickly become one of the league’s top three-level defenders with the athleticism and awareness to truly do it all on the backend, Adams’ ability in coverage was non-existent and he slowly earned the label of a ‘box safety’ whose role at the roof was diminished. He remains one of the most effective secondary blitzers in the game (21.5 career sacks) but failing to earn a second contract with the Jets limits his grade here.

Back in blue with a sparkling new contract, Williams has evolved into one of the league’s top perimeter talents. A massive man that often draws multiple defenders on each play, after a slow first season in which he started just one game, Williams has totaled more than 1,000 yards in two of the last three seasons and has truly blossomed into one of the game’s elite.

For my NBA fans, McCaffrey is the Derrick Rose of the NFL. Since entering the league, his injuries have hampered his true performance ceiling. One of football’s most dynamic playmakers, McCaffrey’s workload is the cause for his constant place on the shelf, but he’s the straw that stirs the Panthers’ offense and will need to stay available in 2022 if Carolina looks to make its way out of the cellar of the division.

Running a 4.24 40 at the combine has been the highlight of Ross’ NFL career. Injuries limited his production in his first handful of seasons, and while his 506-yard campaign in 2019 raised a banner of optimism, he appeared in three games the year following and failed to earn a second contract with the Bengals. After a pit stop with the Giants last fall, he currently remains unsigned and one of the biggest disappointments of any top 10 wideout in recent memory.

Potentially one of the best to ever lace up under center, Mahomes has blown any expectations that followed him as a top-10 NFL draft pick completely out of the water. He remains one of the league’s most transcendent stars and will remain that way until he hangs ‘em up for good.