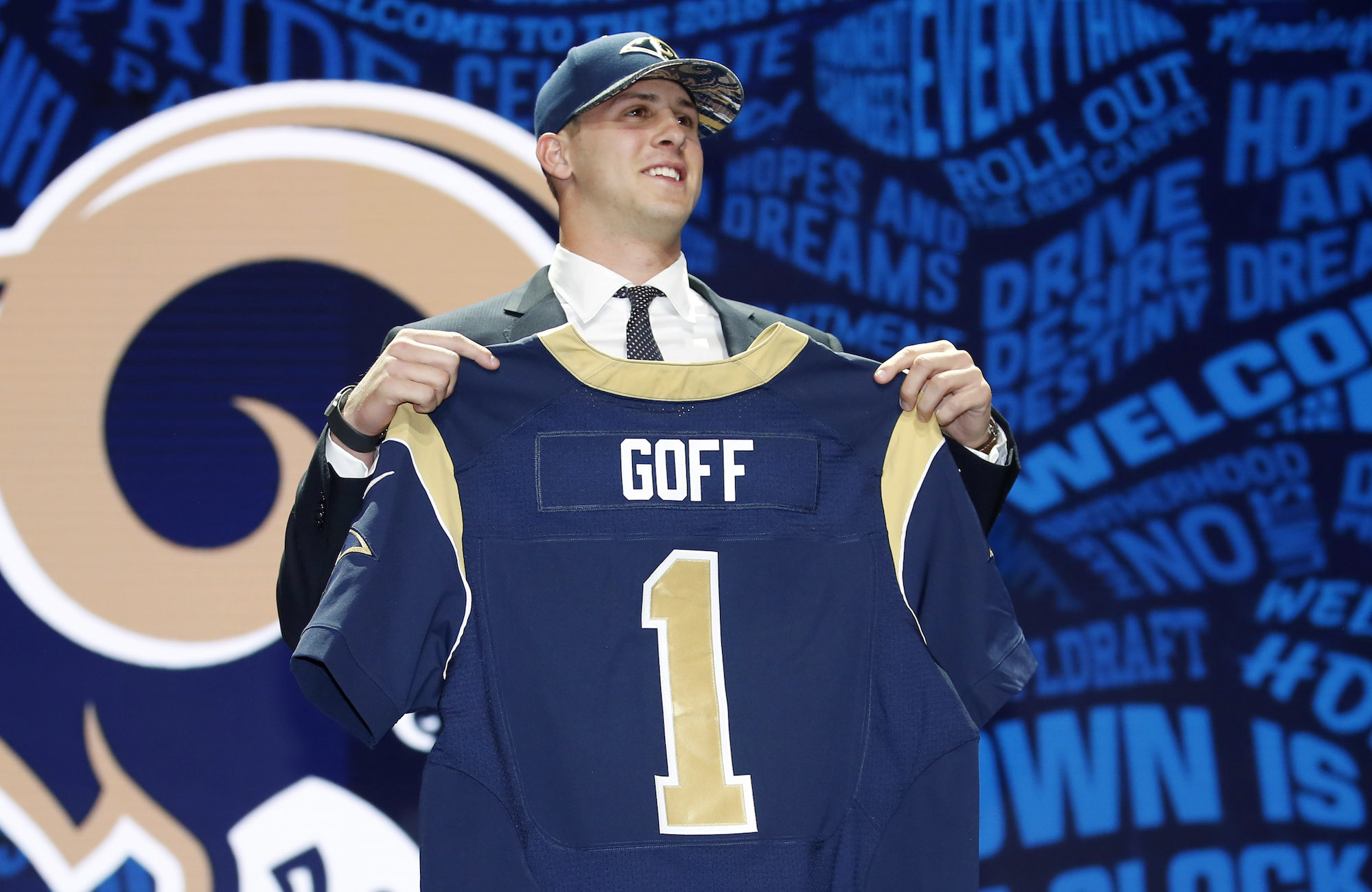 Let’s take a time machine back to 2016, shall we? One of the stronger NFL draft classes in the last decade from top to bottom, and a group headlined by day-three talents in Dak Prescott and Tyreek Hill, the top 10 included a ton of high-level playmakers still in their prime as we enter 2022.

Here is how each of the picks has progressed now six years into the future.

A two-time Pro Bowler within the first three seasons of his career, despite Goff recording a 42-27 career record as the starter under center—including three trips to the playoffs—once the Rams pulled the trigger in hiring Sean McVay, Goff’s tenure was complete following the 2020 season. Now entering his second year captaining the Detroit Lions’ offense, although Goff fails to rank among the league’s elite—a tier he was expected to reach as a No. 1 overall pick—he’s a suitable starter that should keep the Lions competitive in 2022. With just five seasons spent in Los Angeles, I can’t be too harsh with my grade, but it could have been much, much worse.

Like Goff, Wentz spent five years in Philadelphia and was often overshadowed by criticism and the inability to take the Eagles over the top. A 35-32 career mark won’t ‘wow’ anyone, but a miraculous MVP-like season in 2017 fueled the Eagles’ Super Bowl run—but it was Nick Foles who won the actual Super Bowl. Wentz was eventually replaced by Jalen Hurts midway through the 2020 campaign, ending his tenure in the City of Brotherly Love. After a pitstop in Indianapolis with the Colts, he now enters his first season spearheading the Washington Commanders’ offense.

The first of the Bosa brothers to enter the league, Joey wasted little time in asserting himself on Sundays, amassing 10.5 sacks and a Defensive Rookie of the Year award in his debut season. Fast forward five years and 47.5 sacks later, Bosa remains one of the league’s most intimidating threats off the edge that should only see his numbers improve with the addition of Khalil Mack.

A downhill back with a hunger for the spotlight, Elliott was awarded the luxury to work behind one of the NFL’s top front fives during his first handful of seasons. Although his yards per game average has decreased in each of his six seasons, he remains the straw that stirs the Cowboys’ offense and will be looked upon heavily once again to lead the Dallas attack alongside Prescott, the 2016 Offensive Rookie of the Year.

One of the league’s most dominant man corners since the 2016 NFL Draft, Ramsey has been outstanding since he first stepped foot onto NFL-branded turf. A charismatic aerial stalwart who backs up his talk with year-to-year All-Pro play, while Ramsey remains the glue of the Rams’ secondary, his three and a quarter seasons in Duval resulted in an All-Pro selection, two Pro Bowls, and a trip to the AFC title game. The only reason I could possibly dock his grade was due to the duration of his time in Jacksonville.

A consistent presence for the high-flying Ravens during his first four seasons, injuries have muddied his impact the last two years. However, he remains one of the league’s top right tackles when healthy. A man mover in the run game that schemes perfectly for Baltimore’s ground-and-pound offensive approach, Stanley hasn’t received the accolades of the talents that were drafted before—or after—him, but an All-Pro season in 2019 highlights his potential. His availability this season is paramount if the Ravens look to challenge for the AFC North crown.

A physically overpowering athlete within the interior, Buckner’s game has gone drastically underrated since his arrival in the league. A sack specialist from the 3-tech spot, his uncanny ability to shrink and ‘skinny’ his 6-foot-7 frame is alien-like within the trenches. However, following the 49ers’ loss to the Chiefs in the Super Bowl, Buckner was surprisingly traded to the Colts for a top-15 pick in 2020, ending his tenure in the Bay before he ever entered his prime. In the tandem of seasons since the move, Buckner has earned an All-Pro nod, amassed 16.5 sacks, and remains a herculean force to counter for opposing lineman each and every week.

An All-Pro in his rookie season, Conklin was outstanding starting in 32 of his first 32 games for the Titans. A down third season (nine games) paved the way for a crucial fourth year, but he was unable to earn a second contract with the team and has since become an All-Pro tackle for the Cleveland Browns. After injury hampered his 2021 campaign, he looks slotted to start on the right side for Cleveland this fall in an attempt to recapture his success from years prior. I was tempted to knock his grade due to him not earning a second contract, but an All-Pro nod in year one solidifies a ‘B.’

An average, at best, sack artist during his four seasons in Chicago, Floyd was never able to live up to the expectations that followed him out of college. 38.5 career sacks slot him sixth in the 2016 NFL Draft class, and his 18.5 during his four years with the Bears was minced meat when compared to the 20.0 he’s totaled in just two seasons with the Rams.

While Apple proved to be a mainstay in the secondary for the Cincinnati Bengals last fall, the onset of Apple’s career offered him zero favors and he failed to find his footing with the Giants. 23 starts in two and a half years saw him record just one interception despite consistently being picked on by opposing offenses—and he has failed to blossom into the shutdown type of defender the industry thought he would become out of Ohio State. Soon to be 27 years old, Apple could be a late bloomer, but his stint with the Giants showcased a player not ready for the bright lights of New York City.