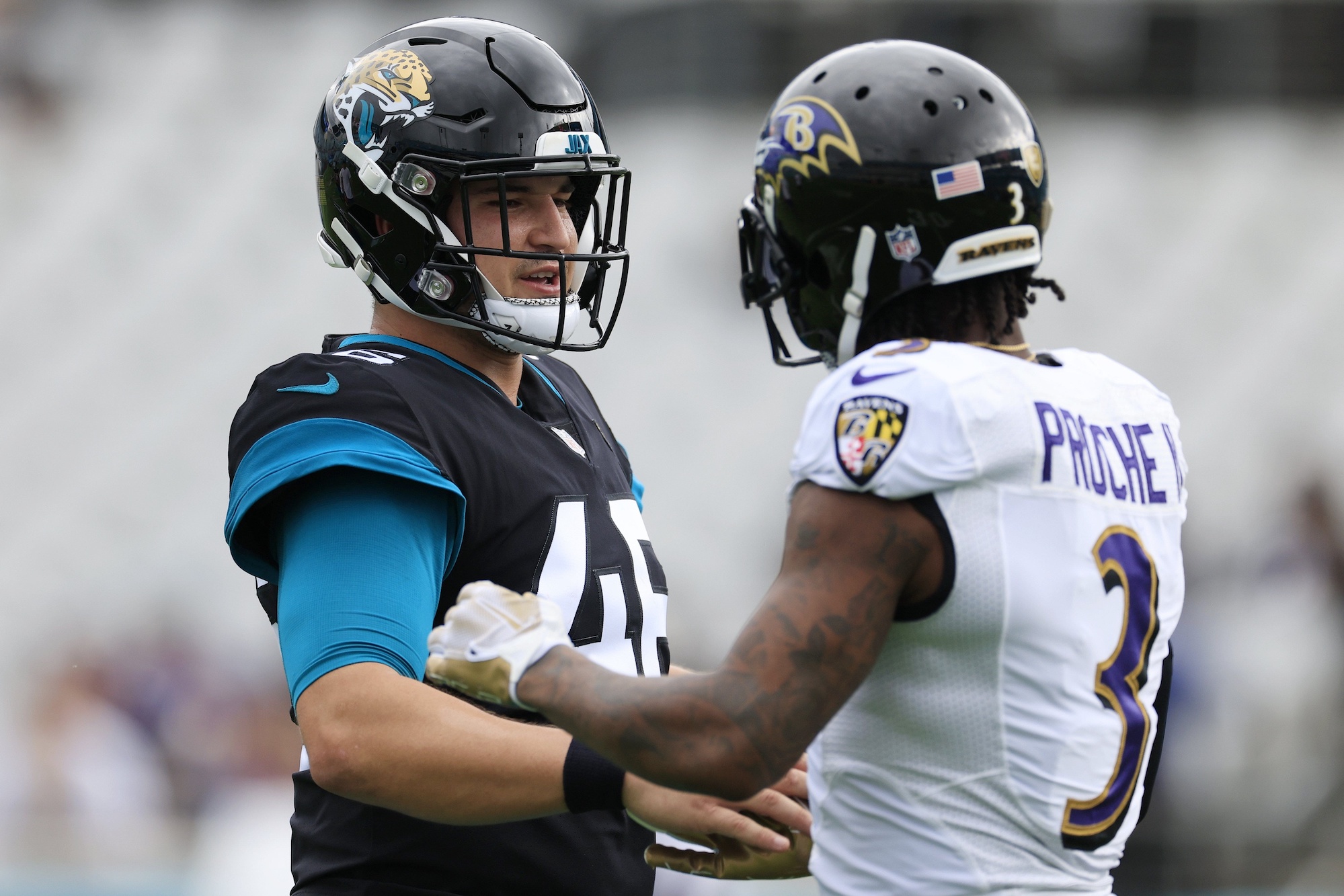 Several divisions across the NFL have yet to be decided with three regular-season games remaining. The AFC South, NFC South, and AFC North qualify as particularly intriguing. Of all the current second-place teams, the Jacksonville Jaguars possess the best opportunity to execute the unthinkable and steal their division. Elsewhere, the Baltimore Ravens and Carolina Panthers still have a fighting chance.

The 6-8 Jaguars are one of the hottest teams in football. Winners of two consecutive contests, the Jaguars have positioned themselves one game back of the division-leading Tennessee Titans. Sophomore quarterback Trevor Lawrence is playing outstanding football and has the Jaguars posing a legitimate threat to Tennessee’s chances of making it three straight division titles.

While the Jaguars are thriving, the Titans are reeling and heading in the opposite direction. An abundance of late-season injuries has further weakened the Titans, who have lost four consecutive contests and allowed the Jaguars back into the divisional race. Things are seemingly getting worse, not better, on the injury front in Tennessee.

Starting quarterback Ryan Tannehill suffered his second ankle injury of the season in Sunday’s three-point loss to the Los Angeles Chargers. The Titans have officially ruled Tannehill out of Saturday’s game against the Houston Texans, but reports indicate it’s much worse than that. Respected Nashville-area reporter Paul Kuharsky is reporting Tannehill’s season is over.

Rookie quarterback Malik Willis will start for the Titans in Tannehill’s absence. Willis is a raw third-round selection out of Liberty that has struggled when asked to drop back and pass the football throughout his showings this season. Is Willis capable of leading the Titans through a difficult stretch and into the NFL postseason? Confidence is relatively low in Nashville.

Tennessee’s concerning injuries extend beyond Tannehill and the quarterback position. No. 1 cornerback Kristian Fulton has missed several consecutive contests and isn’t expected to play against the Houston Texans this weekend. Rookie receiver Treylon Burks has missed two straight games with a concussion. Starting center Ben Jones and right guard Nate Davis, who are Tennessee’s two best (or only good) offensive linemen are also dealing with injuries that threaten to end their season. Leading pass-rusher Denico Autry has missed four straight games. Both of their starting inside linebackers remain on IR. The Titans are the most injured team in the NFL for the second consecutive campaign.

The Jaguars have already defeated the Titans (36-22) once this season. It means they currently own the head-to-head tiebreaker over the Titans. A week 18 regular-season showdown looms especially large. Almost every single postseason scenario includes that game being a win-and-in showdown for both sides. The Jaguars should feel extremely confident.

The 9-5 Ravens are in a similar place as the Titans, with the difference being they’ve already relinquished their division lead to the surging Cincinnati Bengals. An injury to quarterback Lamar Jackson saw the Ravens score just three points in Saturday’s 13-3 lowly loss to the Cleveland Browns. Ravens head coach John Harbaugh has already confirmed that Jackson won’t play against the Atlanta Falcons in Week 16.

The 5-9 Panthers had seemed to have captured some recent momentum, but Sunday’s loss to the Pittsburgh Steelers reminded the nation that Carolina has a long way to go. The division-leading 6-8 Tampa Bay Buccaneers are a terrible football team despite the presence of Tom Brady. The Panthers trail the Buccaneers by one game and own the head-to-head tiebreaker as a result of a surprisingly dominant 21-3 Week 7 victory. The two sides will meet again on New Year’s Day. Carolina’s grim postseason dreams largely rely on the outcome of that contest.

The NFL’s regular-season finish promises unexpected results. Various second-place teams possess a fighting chance to win their division. The Ravens and Panthers are still alive, but it’s the Jaguars that could catapult themselves atop their division.