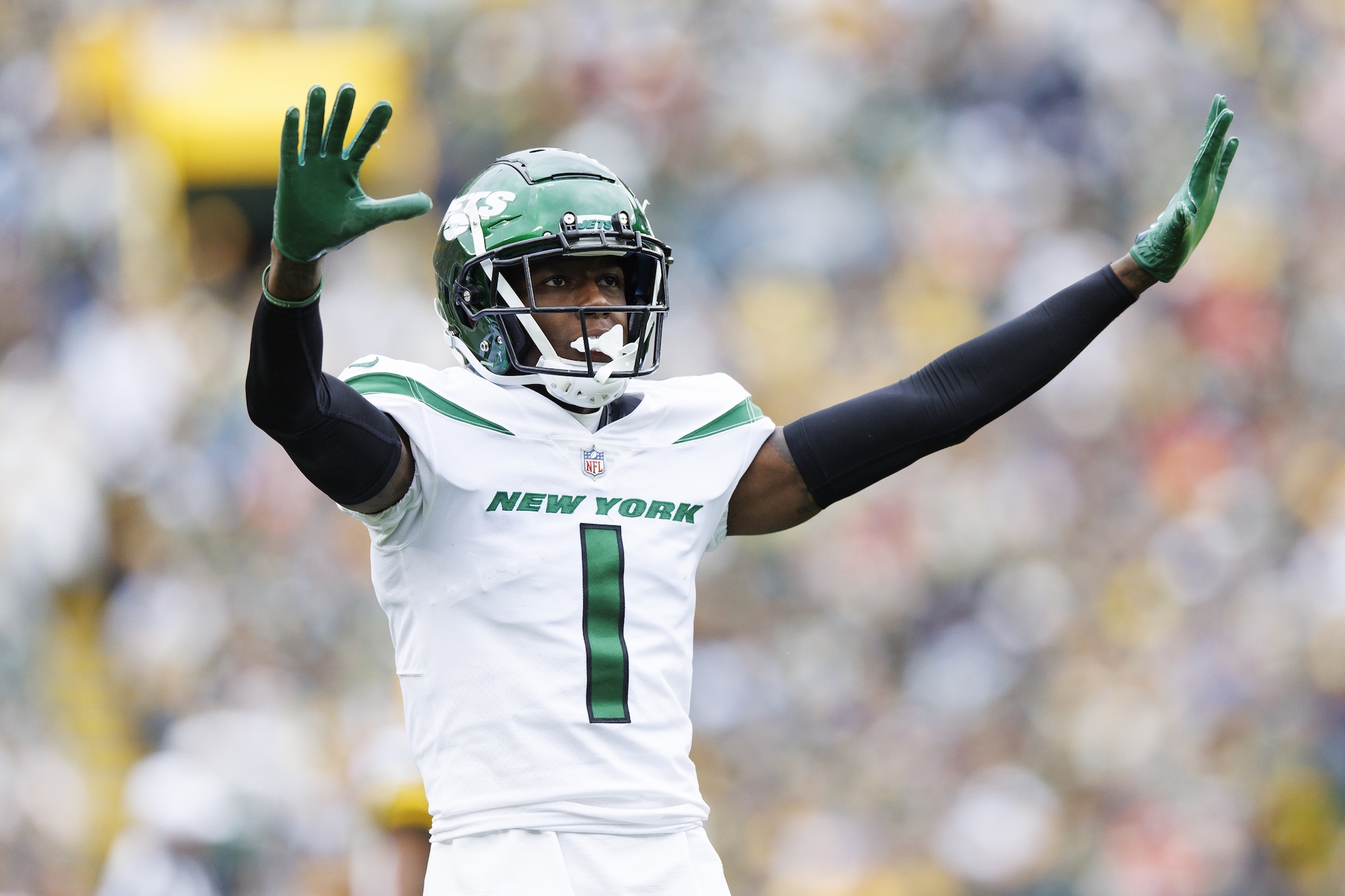 Now seven weeks into the campaign, the NFL slate has provided a nice glimpse into the first-year talents who have wasted no time in asserting themselves on Sundays. As we creep toward the midway point of the 2022 regular season, here is my NFL Defensive All-Rookie Team:

A massive man within the interior, Davis has been everything he was expected to be for the undefeated Eagles. The stats aren’t there, but his presence on the inside forces teams to double him at 1-tech, allowing the likes of Haason Reddick, Josh Sweat, Fletcher Cox, and Brandon Graham to work isolated. His snap count has limited him to about 30% of defensive work so far in six weeks, but he’s made every rep count.

While a three-sack first half against Washington has boosted Hutchinson’s totals, his 4.5 sacks lead all rookies. He’s been uber-explosive off the edge and has become a dynamic pocket pusher for Detroit.

After hearing his name called first overall in April, Walker has been everything expected for head coach Doug Pederson. He’s been strong in the run game, showed the ability to counter linemen when bending the edge, and will evolve into a foundational athlete for Jacksonville for a long time.

Man oh man has Lloyd showcased himself early this fall. While his tackles (63) lead all rookies by 11 as we approach Week 8, he’s flown sideline to sideline and handled ‘green dot’ duties for veteran-laden defense. He looks beyond his years at the second level.

For Walker, while it was close between him and Detroit’s Malcolm Rodriguez for this spot, he’s come into his own over the last few weeks. His athletic profile has stood out on film week after week.

Listen to these numbers specifically for Woolen and Gardner, who remain the two favorites for Defensive Rookie of the Year through seven weeks. A day-three pick out of UTSA, Woolen is tied for the NFL lead with four picks, has six passes defensed, and allowed a 49.7 passer rating. For Gardner, he has a gaudy 12 passes defensed (tops in the NFL), has one pick, and has allowed zero touchdowns in 213 coverage snaps, transferring his success from college where he failed to allow a touchdown in three seasons with the Bearcats. They’ve both been flat-out studs that look like transcendent talents at the cornerback position.

For Stingley, the first-rounder hasn’t disappointed either. The Texans don’t run a ton of man where Stingley thrives, but he’s been stingy inside the red zone and hasn’t allowed a touchdown as the primary coverage man in 240 snaps. Like Gardner, he’s been thrown into the fire as the team’s CB1 and showcased very well despite the number of catches (30 on 48 targets) allowed.

In New England, Jones has been a day-three sleeper that has worked into a ton of snaps for Bill Belichick’s defense. Outside, inside, he’s done it all to the tune of allowing a 33.7 passer rating when targeted. He has two interceptions (one pick-six) and a 45.8% completion percentage on 24 targets against. A former five-star prep talent and standout at Arizona State, Jones has been excellent.

A massive Monday night performance against the Patriots brought the national spotlight on Brisker’s game… finally. There are lapses all over the Chicago defense that stem back to the secondary which makes his job harder, but flipping on the tape showcases a player that has become a culture changer at the roof. He rolls into the box, is comfortable in space, and isn’t afraid to stick his nose in the mud near the line of scrimmage. His 45.3 passer rating leads all rookie safeties.

Like Brisker, Pitre has done it ALL for Houston. He’s an electric downhill defender whose range in the passing game has been evident all campaign long. He and Stingley are core players to build around within the Texans’ secondary.