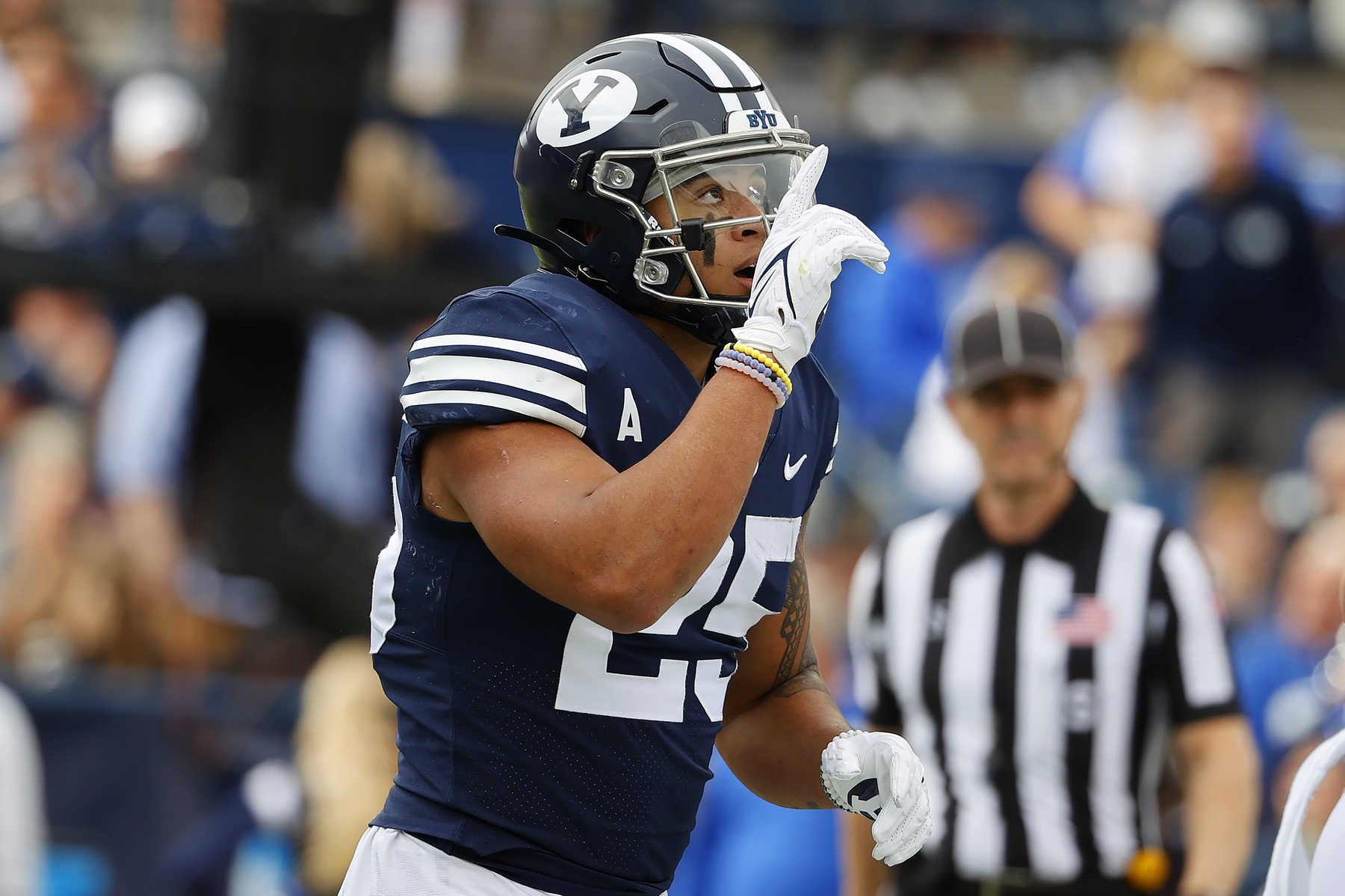 The arrival of the NFL Scouting Combine signals that draft season is in full swing. It is a showcase that will be broadcasted on NFL Network for fans to view. The most anticipated portion of the combine is the athletic testing—the vertical/broad jumps and 40-yard dash, in particular. While those are important events in general, they're not for the running back position. Yes, athleticism and speed can impact a running back’s ability to gash defenses for big gains. That being said, running backs must possess other influential skills to find and maintain success in the NFL. I am a firm believer that field drills are more important than running a fast 40-yard dash. These field drills showcase the running back’s ability to change direction on a whim, balance, agility, explosiveness, and footwork quickness. The Duce Staley Drill is my new favorite. It tasks backs to get two feet into each frame of the bags before making a move on the alley defender. Staley does a better job explaining it below. https://twitter.com/Eagles/status/1233785370665463813 Running backs must be able to navigate through congested and tight quarters to find daylight. Speed does not matter if you cannot locate the open lanes to shift gears in the open field. Running backs like Jonathan Taylor have good footwork, balance, and patience that allow his speed to take over once he reaches the open field.  The list of running backs at this 2022 combine has good depth and talent. Some running backs need a stronger combine performance than others—an all-around showcase of athleticism and agility. Here are five running backs that need strong performances in Indianapolis.

The BYU product came into the season with the weight of the Cougars' offense on his shoulders and he carried it well. He operated mostly from outside and inside zone run actions. The questions regarding his game revolve around his long speed and foot quickness. A 4.5-4.6 in the 40 would be a good time for a physical downhill running back. In addition to running fast, Allgeier needs to showcase good footwork through the bag drills. Is he simply a north/south one-cut runner or can he change directions in space? It will help his case and value in this not-so-loaded running back class.

The former 5-star recruit has a lot to prove in Indianapolis, starting with medical checks after tearing both ACLs. White is another bruising north/south runner but possessed serious explosiveness pre-injury. He has shown flashes of his old self at times but never accumulated the touches to make it a routine occurrence. The broad jump is designed to showcase explosive power from the ankles and hips. It can be used to measure power for running backs. The 20-yard shuttle can help showcase the fluidity and bend in White’s knees that is needed to execute hard plants/cuts. Proving he still has enough explosiveness to break second-level containment and there are no long-term concerns with either knee is pivotal for White at the combine.

McCormick has rushed for more than 1,400 yards in back-to-back seasons but remains under the radar, hence the reason he made this list. Possessing a squatty, bowling-ball build, McCormick has good footwork that should show up during the bag drills. He did not break many long runs in 2021, so he could benefit from a good time in the 40, proving he can gash defenses. A strong performance with athletic testing and the bag drills can add some steam to McCormick’s name heading into pro-day season.   There is wiggle room for lower-tiered running backs to move up the ranks after this weekend. These running backs take the field on Friday afternoon. There is money on the line, who will rule the day? We have to wait and see.