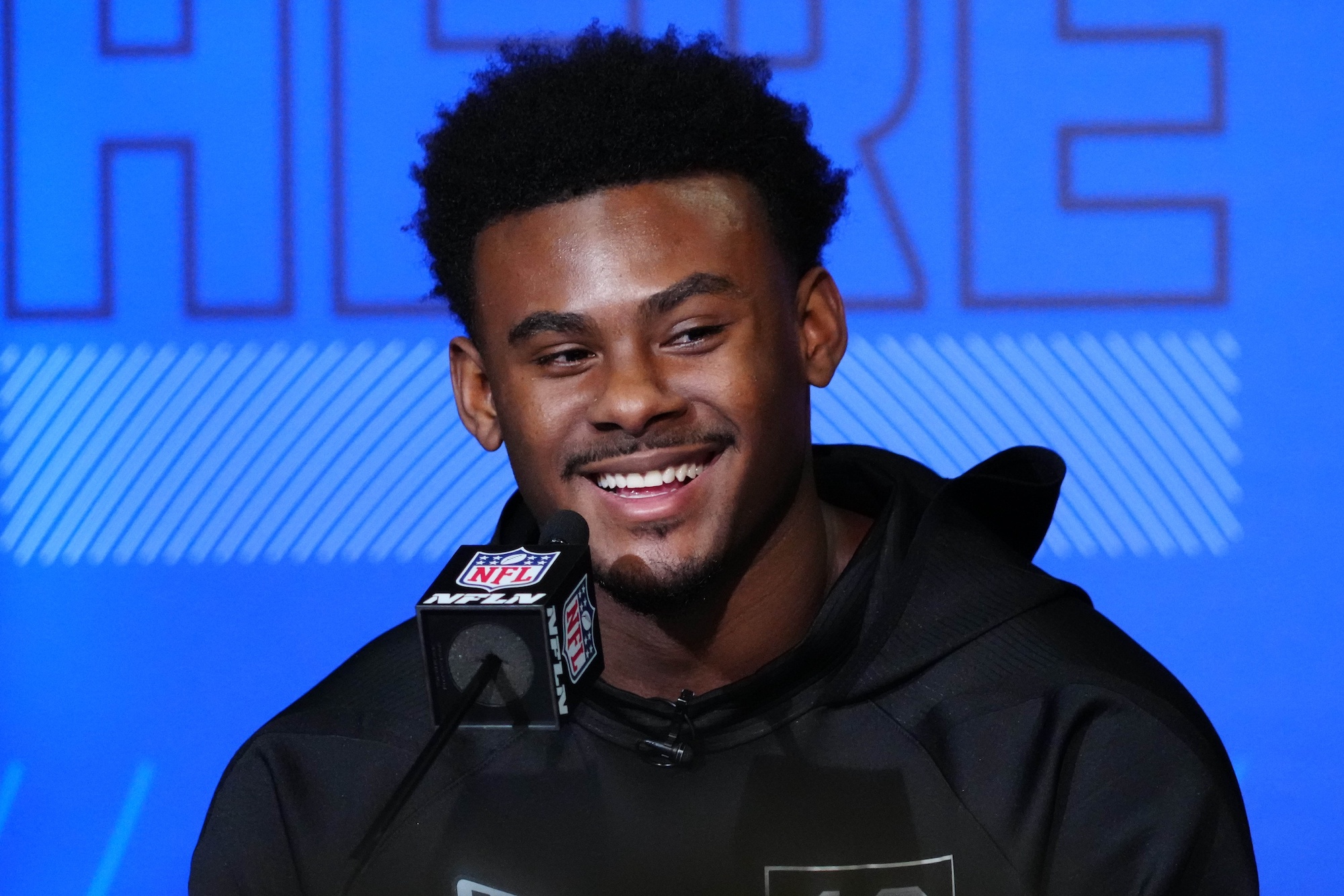 How Important Is Interview Process For 2022 QB Class?

For Malik Willis, Kenny Pickett, and Matt Corral, the race for QB1 has entered warp speed as we arrive in Indianapolis. While the annual NFL Scouting Combine will present a platform for the most gifted of gifted athletes in the class to show off in a multitude of drills and analytical measurements, the period of the combine off the field and within the trenches of interview rooms could quickly become the deciding factor of which signal-caller hears his name first off the board come draft night. While the eyes of the public will be cast upon the turf of Lucas Oil Stadium as the 40-yard dash, vertical/broad jump, and 3-cone get underway Thursday night, the jockeying will occur most when said quarterbacks are tasked with selling both their game and character, to a room full of executives. A group possessed with the luxury of placing a franchise in the palm of one of the class’ quarterbacks, while it’s nice to see a guy meet testing thresholds you expected him to match or gracefully toss the football around Lucas Oil Stadium in a t-shirt and shorts, the non-televised portion of the combine has taken on an increased level of importance with no clear avenue to when, or which, QB could hear his name announced by the commissioner. A detailed process labeled as “Top 32” interviews or “formals,” an in-depth look inside the procession of events in each room is an hours-long mission for a decade-long gig. Although each team goes about the process in their own unique way, often, it’s as any interview goes; take a seat and sell yourself. For the aforementioned talents in Willis, Pickett, and Corral, while their years of film, measurables, and fit within a current offensive scheme all hold massive weight, taking on the burden of leading an NFL franchise as a kid out of college is no easy task—history has its many examples but we’ll leave that for another time. For prospects like Corral and Willis, they will complete their first full professional season at 23 years old. Pickett, on the other hand, represents the ‘vet’ of the group who will play this fall at 24 years of age—a year of wisdom in the grand scheme of things that doesn’t look like a lot, but for head coaches and general managers, an extra year under the sun from a maturity level certainly could, and reportedly has stood out when asked to share his individual values and goals to NFL clubs. Selecting a quarterback in the first round is much more than the eye test, you see. It’s a full-blown investigation into the makeup and intricate hardwire of what makes up a player. Interviews with high school coaches, meetings with college professors and tutors… the works. Identifying a MIKE linebacker or what coverage a defense will roll to post-snap is one thing, but touting the ability to sit in front of NFL brass with the ability to persuade opinions and move up draft boards for each of this year’s quarterbacks will remain of the utmost importance and overbearing narrative of the final few months leading up to the draft. While many will flounder under fire, the few that flourish will create a much-needed gap between the true contenders from pretenders in a class searching for its headliner.