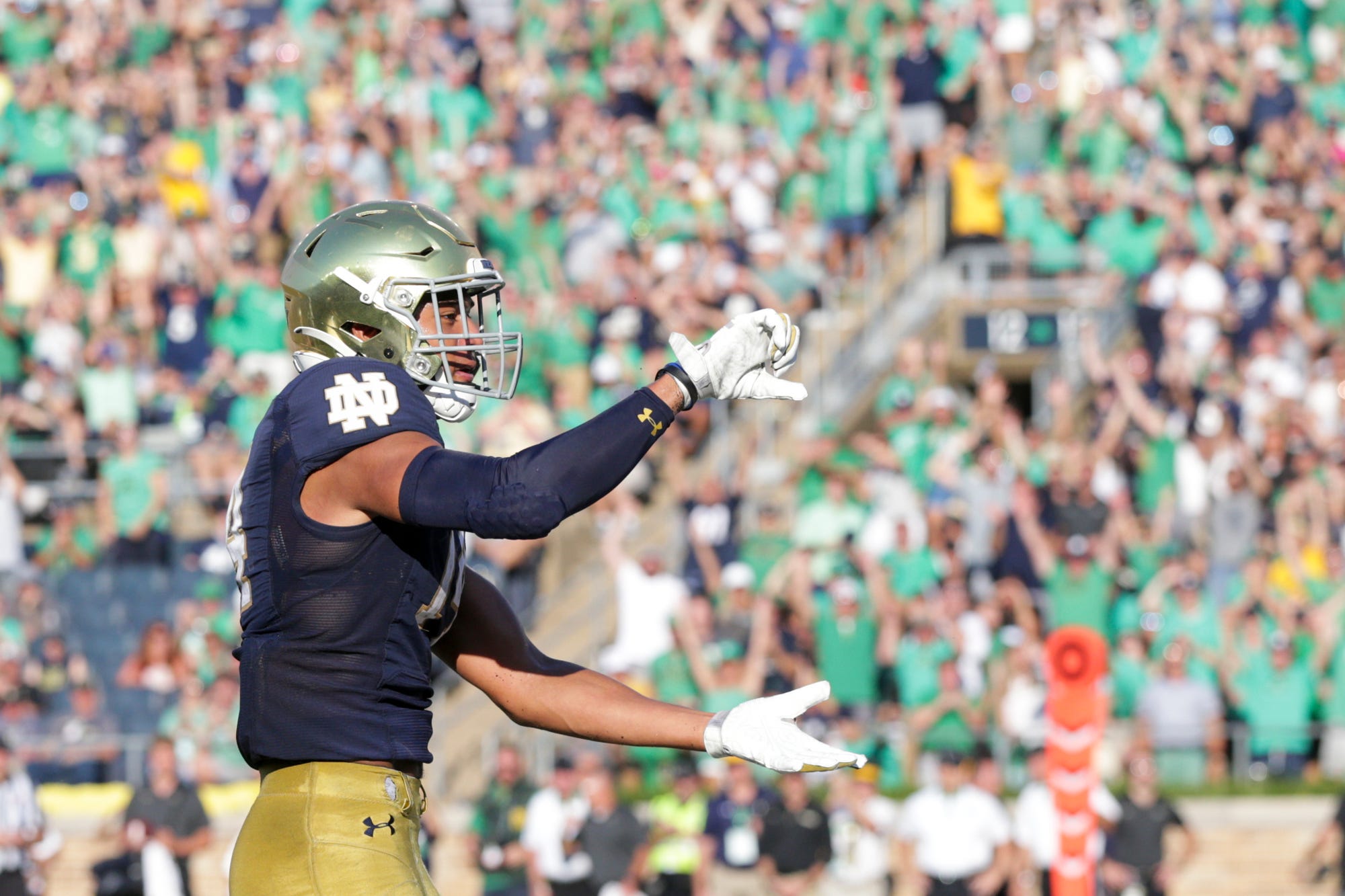 The NFL Scouting Combine provides one of the final showcases for college athletes to prove their talents to NFL scouts ahead of the draft in April. This year’s combine starts on Tuesday, and every player attending is hoping to raise their draft stock by the time they leave Indianapolis. However, only a few players can really “win” the combine each year. Here are the five guys who have the best chance to win the 2022 NFL Scouting Combine.

What makes Matt Corral one of the most interesting prospects at this year’s combine is the fact that we haven’t seen him in a bit. He left his final game with Ole Miss—the Sugar Bowl against Baylor—with a sprained ankle, and he participated in neither the Shrine Bowl nor the Senior Bowl this year. Since none of the top quarterback prospects locked themselves into the QB1 spot in Mobile, Corral could leap into contention with a strong showing and a good interview process in Indianapolis. He’s an excellent athlete and now he’ll have the opportunity to throw and work out in front of scouts for the first time in a while to prove that he deserves to be the first quarterback off the board. [Editor's Note: Corral will now not be throwing in Indianapolis]

This pick might come as a surprise, especially since Jameson Williams is still recovering from the ACL tear he suffered in the National Championship. As such, he won’t be participating in standard drills like the 40-yard dash or shuttle run. Still, the NFL Combine has more to it than just drills. A crucial part of Williams’ time at the Combine will be his medical evaluations. According to Adam Schefter, the Alabama product was expected to make a full recovery and maintain his elite speed after undergoing surgery to repair his ACL. If medical evaluators like what they see, Williams would likely still be the first wide receiver taken. He’s the best receiver in this draft class, so a positive result from his medicals in Indianapolis would be a huge win.

It’s looking more and more like the Jacksonville Jaguars are going to take an offensive tackle with the first pick in this year’s draft. Alabama’s Evan Neal seems to be the heavy favorite for that OT1 spot as it stands right now, and BetOnline has gone so far as to list him as the odds-on favorite to be the first overall pick. https://twitter.com/JaimeEisner/status/1497274880307441669 That could all change in Indianapolis this week. Neal is a fantastic athlete for sure, but so is Ikem Ekwonu, the most physical offensive tackle in this class. The NC State product is an absolute bully on the offensive front, and he stands plenty to gain if he proves his worth in various drills. For my money, I’ve got Ekwonu getting the edge on Neal with a monster showing on the bench press and in the shuttle run.

This class is absolutely STACKED with talent at the edge rusher position. At the top of the list though are Oregon’s Kayvon Thibodeaux and Michigan’s Aidan Hutchinson. For now, Hutchinson seems to have the edge (sorry) because of his variety of moves and the monster numbers he put up in his final season with the Wolverines. However, Thibodeaux might be a top-two athlete in this draft class. He’s a bit rawer than his Michigan counterpart, but he can more than get by on his explosiveness, agility, and strength. As far as measurables go, his height and weight measurements are slightly below Hutchinson’s, but we don’t have official measurements on their arm length or strength. We’ll get a better sense of how the two top edge guys stack up once the Combine is finished, but the Oregon product could win over scouts with good results in drills and strong interviews.

Kyle Hamilton is an elite athlete. Where Thibodeaux might be in the top two of this draft class, you’d have to find a way to convince me that Hamilton isn’t the No. 1 best player in the entire 2022 class. The Notre Dame safety can do just about everything. He’s an elite pass defender when he’s playing the deep middle of the field, but he can also drop down and lock down slot guys and tight ends. Not to mention, he’s also an elite tackler and dominates in run defense as well. Hamilton could win the 2022 NFL Scouting Combine just because he’s going to be the best athlete in Indianapolis. He’s very fast, he’s agile, he’s strong, and he’s explosive. Those are all traits that a player can demonstrate at the combine, and he’s likely going to pop in every drill he participates in.